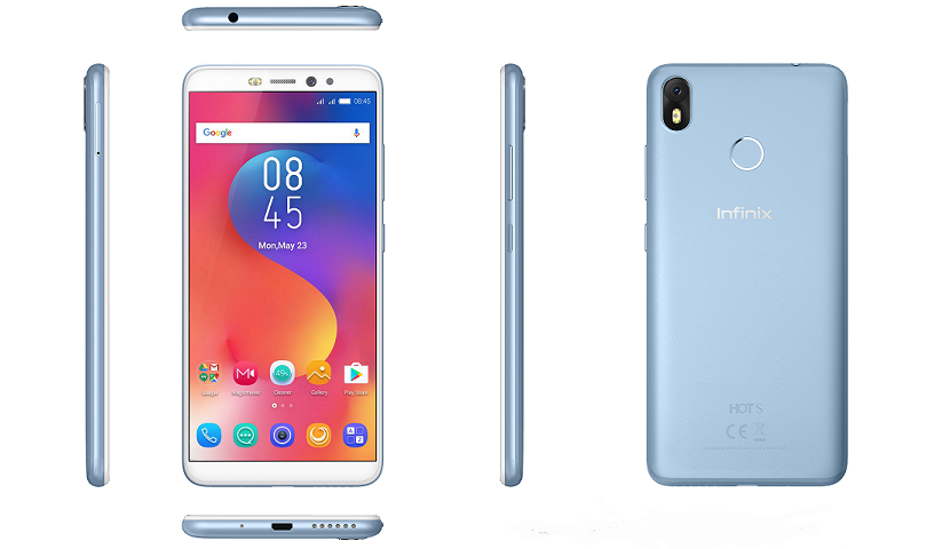 Infinix, a subsidiary of Transsion Holdings which has brands like itel and Tecno under its portfolio launched Infinix Hot 3 in India in February this year. The phone was initially launched in Sandstone black and Brush Gold colour options. Now today the company has launched the Infinix Hot S3 in Topaz blue colour also. Now the phone comes in three colours – Topaz blue, Sandstone black and Brush Gold.

Infinix Hot S3 comes in two variants – 3GB + 32 GB priced at Rs 8,999 while the 4GB + 64GB will cost you Rs 10,999. The company recently started rolling out the face unlock feature via an over-the-air (OTA) update for its budget-centric smartphone, the Hot S3.

The major highlight of the device is the 20-megapixel selfie camera for selfies and video calling. The front phone comes with dual LED soft flash light, 5P Lens and f/2.0 aperture. For the rear, there is a 13-megapixel sensor with aperture f/2.0 and PDAF.

As for the rest of the specifications are concerned, the smartphone sports a 5.65-inch HD+ with a screen resolution of 720 x 1440 pixels. The device is powered by octa-core Qualcomm Snapdragon 430 processor. The phone is backed by a 3GB/4GB of RAM and 32GB/64GB of internal storage, which can be expanded up to 256GB via microSD card slot. There is also a fingerprint sensor at the back of the device.

The device runs on Android 8.0 Oreo with company’s own XOS v3.0 operating system.The smartphone gets its power from a non-removable 4000mAh. On the connectivity front, the device support dual sim, 4G VoLTE, Wi-Fi 802.11 a/b/g/n/ac, Bluetooth 4.2, micro USB and GPS + GLONASS.