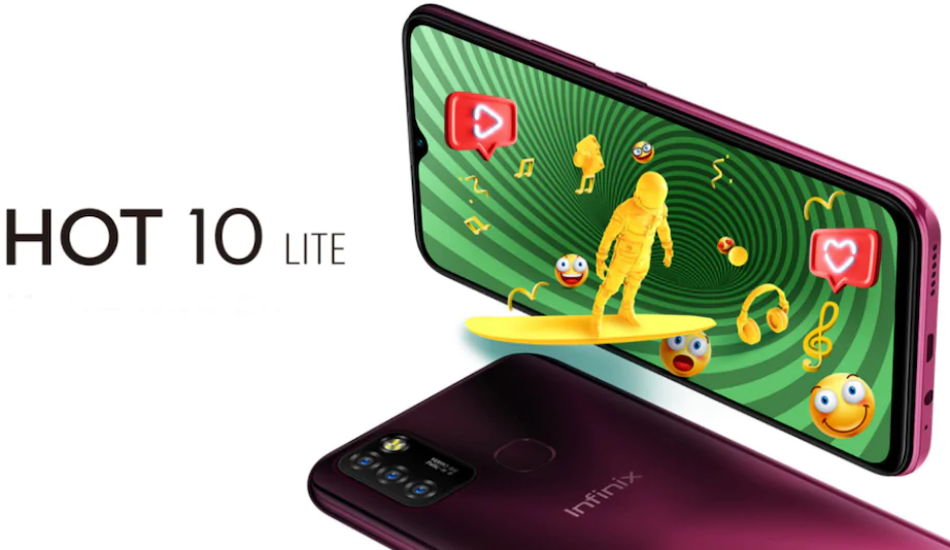 The Infinix Hot 10 Lite is loaded with a 6.6-inch IPS LCD display with 720x1600 pixels resolution and a punch-hole in center. The smartphone is powered by a MediaTek Helio A20 octa-core processor.

Infinix has announced the launch of a new smartphone, the Infinix Hot 10 Lite, in Africa. The launch comes after the company launched Infinix Hot 10 in Pakistan recently.

The Infinix Hot 10 Lite is loaded with a 6.6-inch IPS LCD display with 720×1600 pixels resolution and a punch-hole in center. The smartphone is powered by a MediaTek Helio A20 octa-core processor.

On the camera front, the smartphone has a triple-camera setup with a combination of a 13-megapixel primary sensor and two QVGA sensors. For the front, there is an 8-megapixel sensor housed in the hole-punch cut.

The Infinix Hot 10 Lite comes with upto 2GB of RAM and 32GB of internal storage, which can be further expanded up to 256GB via microSD card slot.

The phone runs on Android 10 (Go edition). It is backed by a 5000mAh battery which claims to offer 33 hours of talk time. There is a rear-mounted fingerprint sensor. The phone also comes with face unlock feature.