Idea is offering attractive data benefits worth Rs 1,650 with both Ultra+ and FAB 3G smartphones.

Idea Ultra+ comes with a 5 inch touchscreen with 480×854 pixels resolution. This Android Jelly Bean 4.2.2 operating system based handset has a 1.3 GHz quad core processor, 1 GB RAM, and 4 GB internal memory. It has a 32 GB expandable memory slot as well. 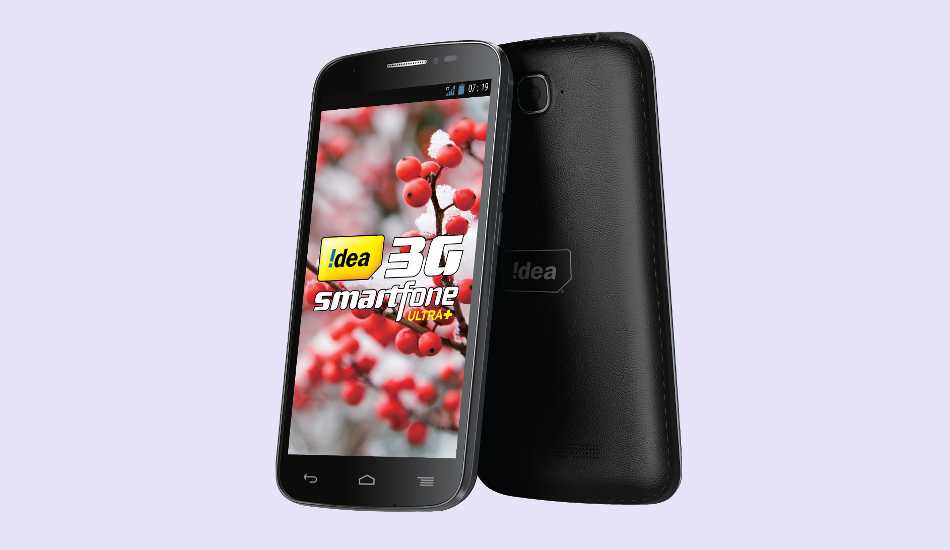 Besides, the Idea Ultra + has an 8 megapixel rear auto focus camera supported by an LED flash and a VGA front camera for video calling. It has a 2000 mAh battery which is quite common to most budget 5 inch smartphones. The dual SIM Ultra + has WiFi and Bluetooth 4.0, as well.

The Idea FAB has a 4 inch touchscreen with 480×800 pixels resolution, 512 MB RAM, 4 GB internal memory, and 32 GB expandable storage slot. It is powered by a 1.2 GHz dual core processor and runs on Android 4.2 Jelly Bean operating system. Idea has though promised to upgrade it to Android 4.4 KitKat version in future.It has a 3.2 megapixel rear camera with flash but does not have any front camera. This dual SIM handset has WiFi, WiFi hotspot, and GPS features as well.

For both phones, Idea has announced attractive 3G offer worth Rs 1,650 which includes immediate benefit of 250 MB data with a validity of 30 days with a recharge of Rs 259 or Rs 261. After 48 hours, Idea users will get 1.6 GB of data for free per month for next three month. Buyers can also use Idea TV facility, which costs Rs 150 per month, for free for three months.