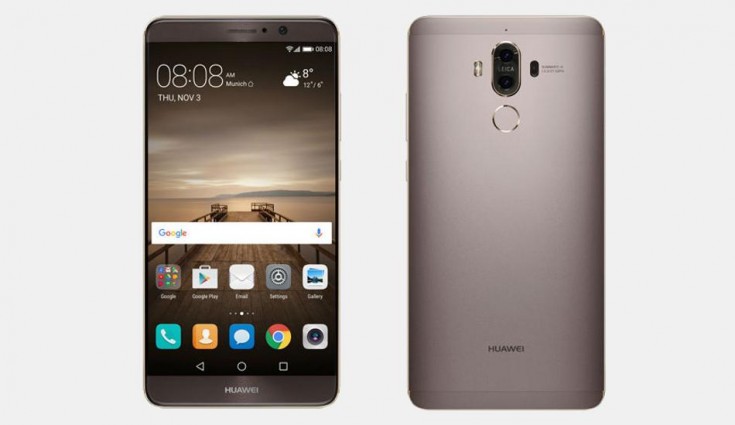 Huawei Mate 9 which was launched last year has now been spotted on GeekBench benchmarking website with the Android Oreo operating system. This simply implies that Huawei is perhaps testing the latest software and may release the same for the device soon. The Huawei Mate 9 was originally launched with Android 7.0 Nougat operating system with Emotion UI 5.0 skin on top. 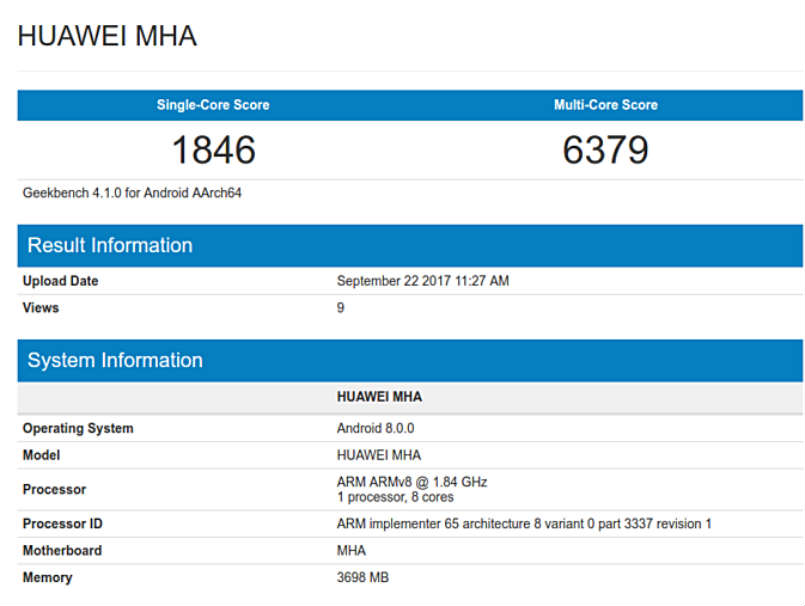 Earlier in April also, we saw Huawei testing Android O build for Mate 9. As per reports, apart from the Mate 9, the Huawei P10, Honor 8 Pro, Honor 8, Honor 8 Lite and Honor 6X are also expected to get Android Oreo update.

For the specs, Mate 9 comes with a huge 5.9 inches Full HD 1920 x 1080 display. On the inside, Mate 9 sports a 2.4 GHz Octa-Core Kirin 960 processor with Mali-G71 MP8 GPU for graphics and gaming. The device comes with 64 GB internal storage which is expandable up to 256GB irrespective of whether it is a Dual SIM device or not.

Coming to the camera, Huawei Mate 9 comes with dual-camera set up one being a 12-megapixel sensor and the other one being a 20-megapixel sensor with f/2.2 aperture, OIS, 2x zoom, Leica optics, phase detection & laser autofocus, dual-LED (dual tone) Flash. At the front, there is an 8-megapixel shooter with f/1.9 aperture and 1080p video recording capabilities. For battery, Huawei has given a 4000 mAh battery which is non-removable. The device comes running on Android 7.0 Nougat out of the box with EMUI 5.0 on top. Connectivity options such as Wi-Fi 802.11 a/b/g/n/ac, Bluetooth v4.2, GPS, NFC etc are there with USB Type-C connector which supports quick charging.