Huawei has introduced a new dual-SIM based large screen smartphone, which is named as B199. The 5.5-inch display bearing Huawei B199 is powered by a quad-core processor and comes with high end features. Huawei has not announced the price and availability of this smartphone.
Related Stories:
First-cut: Samsung Galaxy Grand 2
Review: Huawei Ascend P6

Huawei B199 flaunts a 5.5-inch touchscreen display with HD resolution. The B199 is powered by a quad-core Qualcomm Snapdragon 400 mobile processor with Adreno 305 GPU for graphics support. The phone has 2 GB RAM to boost the multi-tasking on the Emotion UI 2.0 topped on Android 4.3 Jelly Bean update. At the rear, it has a 13 megapixel camera which claimed to have the ability to record full HD videos. 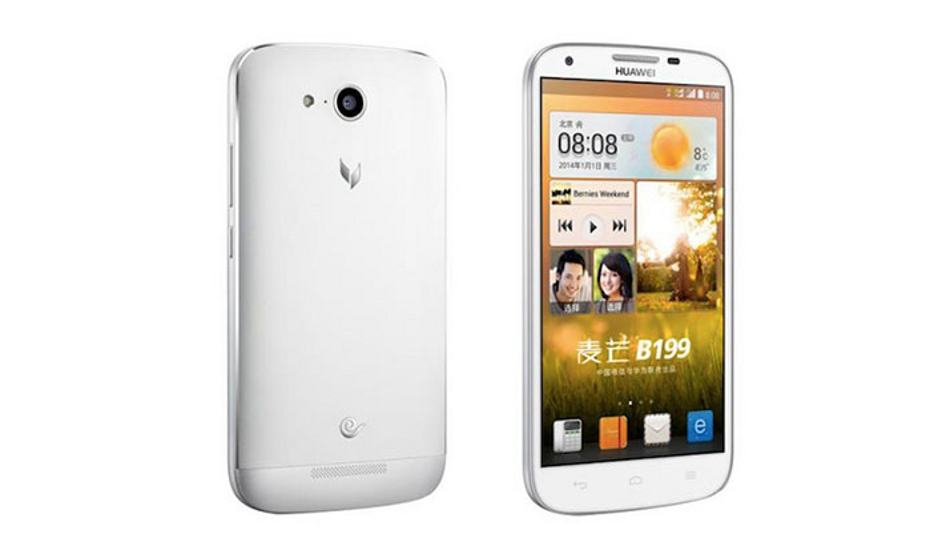 Huawei B199 has 16 GB built-in storage and has a 32 GB micro SD card slot as well. Besides, it has a front facing 5 megapixel wide-angle camera. One of the unique features of the Huawei B199 is that it will have a metal coating at the back. Other features include 3G network support in one SIM slot along with WiFi support for faster mobile web. Huawei has packed a 3000 mAh battery in the phone as well to offer a long run time.