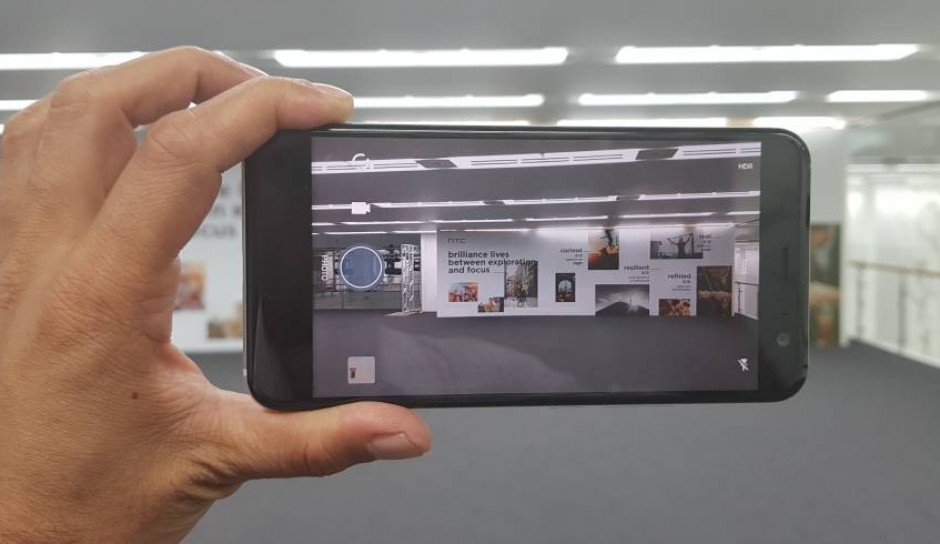 The smartphone was earlier available at a price tag of Rs 51,990.

HTC launched its latest flagship device, the HTC U11, in June last year in India. The smartphone was available at a price tag of Rs 51,990. Now, the device has received a price cut for Rs 5991 in the country.

This brings down the cost of the smartphone to Rs 45,999. However, it is important to note that the smartphone is available on Flipkart, though it was initially launched on Amazon India. Apart from this, users are also getting up to 18,000 off on exchange and extra 5 percent off with Axis Bank Buzz Credit Card.

Meanwhile, HTC has started rolling out Android 8.0 Oreo update for its flagship device, the U11 in India. The development has been confirmed by the company on its official Twitter handle.

Recollecting some key specs, HTC U11 has a 5.5-inch Quad HD Super LCD 5 display with 3D Corning Gorilla Glass 5 protection and having the screen resolution of 2560 x 1440 pixels. Under the hood, it is powered by the latest Qualcomm Snapdragon 835 processor clocked at 2.4GHz along with Adreno 540 GPU. The smartphone has 6GB of RAM and 128GB of internal storage, which can be further expandable up to 2TB via microSD card.

On the camera front, it comes loaded with a 12-megapixel rear camera with 4K recording, autofocus, HDR photo, LED Flash and face detection. The device comes with advanced HDR settings such as HDR+, Smart Video Zoom, 3D Audio and Hi-Res recording features. The phone also comes with IP67 certification water and dust proof. For the front, there is a 16-megapixel shooter for selfies and video calling.