HTC U Ultra spotted in live images, to be launched tomorrow 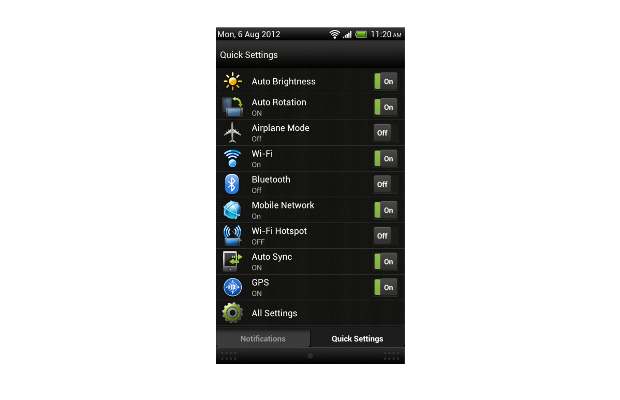 Interestingly, as per the leaked images, the device boasts a secondary display just above the primary display.

After a series of rumours and leaks about the specifications, HTC U Ultra has finally been spotted in live pictures just ahead of its launch tomorrow. If you are not aware, HTC released an image teaser last month saying ‘For U’ along with the date 12.01.2017. While earlier leaks suggested that the device might be the HTC X10, but later on it was confirmed that HTC is all set to come with a new smartphone in a brand new ‘U’ series. Although the device is tipped to come with the name HTC U Ultra, it is codenamed HTC Ocean Note.

Interestingly, as per the leaked images, the device boasts a secondary display just above the primary display. Something similar to this was seen on the LG V20 which was launched late last year in India. The front of the device also comes with a Home button sandwiched between the back and Recents buttons.

Quickly briefing the leaked specs, the U Ultra is expected to come with a huge 6.0-inch display powered by the new Snapdragon 835 chipset, 4GB RAM and 64GB of internal storage. Further, the device is also expected to come with a 4000 mAh battery and a 16-megapixel front-facing camera. As per the new image leaks, the device surely doesn’t sport a dual-camera set up at the back, however, some rumours suggest that it is the same sensor as used in the Google Pixel which will theoretically make it one of the best smartphone cameras right now. Moreover, it seems to come with a glossy finish at the back with four colour options namely white, blue, black and pink or rose gold. Also, denying the earlier rumours of a fingerprint scanner at the back, the device is likely to sport the fingerprint scanner at the front embedded in the Home Button because the back of the device will sport a laser auto-focus and dual-LED flash combo hardware arrangement.

Apart from the HTC Ocen Note (or U Ultra), the Taiwanese handset manufacturer is also expected to launch two more smartphones namely the HTC U Play (HTC Alpine) and the previously tipped HTC X10 (HTC E66).

HTC U Play will be a mid-range device and is likely sport a 5.2-inch Full HD display. Underneath the hood, the device is expected to be powered by the Helio P10 chipset coupled with 3GB RAM and 32GB of internal storage. For the optics, the device is tipped to feature a 16-megapixel camera at both front and back. Moreover, the device is also rumoured to feature a fingerprint scanner and will get its juice from a 2500 mAh battery. Sadly, both the HTC U Ultra and U Play are likely to skip the traditional 3.5 mm headphone jack. Before this, the HTC 10 Evo (HTC Bolt) was the first device from HTC to do so. (Source: OnLeaks)

Coming to the specs of the HTC X10, the next smartphone in the X series will come with a 5.5-inch display and will feature a 3.5 mm headphone jack. Further, it is also expected to comes with MediaTek’s Helio P10 chipset coupled with 3GB of RAM. (Source: OnLeaks)

Although the above-mentioned leaks are from a well-reputed tipster, but we recommend you to wait for the official launch for the exact information regarding specs and everything. The launch is all set to take place tomorrow i.e. 12th January 2017 and the company will also live stream the event at 4 PM Taiwan time,12 AM PST, 3 AM EST, 8 AM GMT, 9 AM CET, 1:30 PM IST.