HTC is expect to announce a couple of smartphones at the Mobile World Congress event later this month.

HTC Germany has quietly released a teaser with human heart in the centre with graphic text – Alive Soon. While many speculating this advertisement is for the HTC M7 smartphone, others are saying it could be of some other handset. 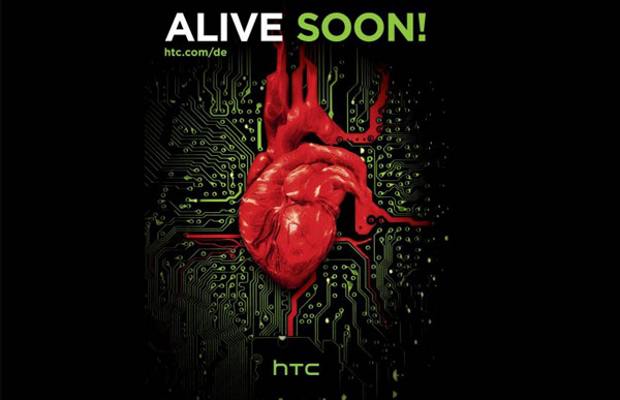 HTC M7 is expected to be introduce with the Google Android 4.x Jelly Bean. This device will feature 4.7-inch Super LCD display and pack a quad-core 1.7 GHz Qualcomm Snapdragon mobile processor. HTC has packed a 13 megapixel camera in it which will feature new ultrapixel technique for capturing more clearer and crisper images.

Along with HTC M7, couple of other devices – M4 and G2 will are also expected to be announced by HTC at the Mobile World Congress 2013 which will kick start from February 25 in Barcelona, Spain.