HTC’s rumoured One X+ has now unofficially been revealed. A UK based telecom operator, O2, has accidentally published the images of the smartphone along with its specification sheet which has been captured by Gsmarena.

The HTC One X+ is an improvement of the One X smartphone and as per the spec sheet published by the UK teleco, the HTC One X+ will have quad-core 1.7 GHz clocked Nvidia Tegra 3+ mobile processor, 64 GB on-board storage, 8 megapixel camera and Android Jelly Bean. The UK teleco’s flyer also puts the price of One X+ at GBP 480 (Rs 40,945 approximately). 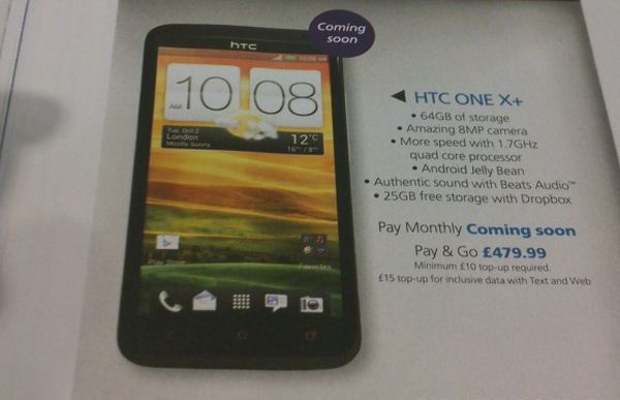 The One X+ will run Android 4.1 Jelly Bean update with HTC Sense 4.5 user interface layered on top of it. Besides that, there would be 25 GB free Dropbox powered cloud storage. 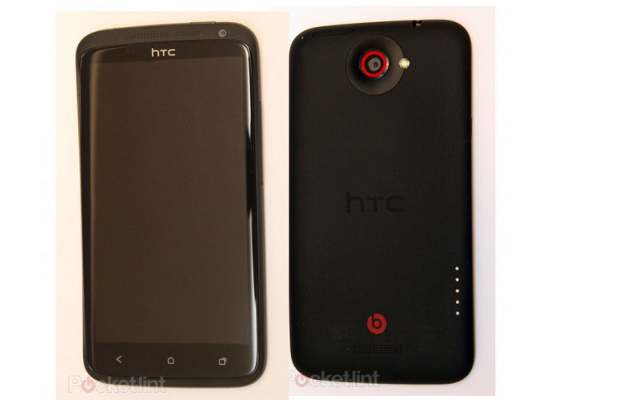 The One X faced some issues with the WiFi antenna and also with battery life. However, those things are expected to be taken care off with the One X+ and the new power management options in the HTC Sense 4.5 for the smartphone. Of course there is Beats Audio technology for better sound experience.

As of now, HTC is yet to confirm date of One X+’s launch. We expect the company to announce this smartphone any time in coming few weeks from now.