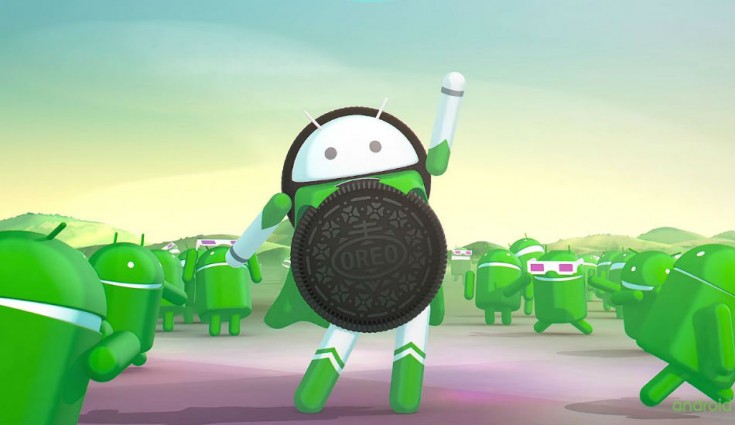 A large number of smartphones players are yet to be confirmed whether they will get the latest update or not.

HTC is one of the first handset companies to confirm that they will be releasing Android Oreo update for the devices they have recently launched with the time lines. A few days back Google has released the latest Android operating system which comes loaded with some interesting features like picture-in-picture mode, autofill, Instant Apps, Google Play Protect and much more.

While, the above-mentioned manufacturers are gearing up to release the Android Oreo update in coming months, but a large number of smartphones players are yet to be confirmed whether they will get the latest update or not. We compiled a list of smartphones that might not receive the Android 8.0 Oreo update anytime sooner or later.

The company is known for not rolling out timely updates to its smartphones. Thishas led us to believe that the current lineups which include Oppo F3, F3 Plus, A57, F1s, F1 Plus and more will not get the latest Android updates any time soon. Interestingly, most of their smartphones still run on Android 6.0 Marshmallow, which has started showing its sign of ageing.

Same goes for Vivo. Many of the older Vivo smartphones still runs on the Android Marshmallow and sadly, if you are Vivo owner, then the next Android update will not reach you anytime sooner or later. The company currently has a strong lineup under V and Y series including V5s, V5 Plus, V5, Y66, Y55s, Y53, Y21L. If you to go company’s official website and click on the specification of any smartphone, you will find that they still run on Android 6.0 Marshmallow based on company’s own skin. Sadly, some of the phones like Y21L etc comes loaded with an age-old Android 5.1 Lollipop OS.

Though Gionee is working non-stop to make a comeback in the Indian smartphone market, it is also being a culprit of not providing timely Android updates to its users. The company have many smartphones under different series, and if you exclude the recently-launched devices, most of them still run on Android 6.0 Marshmallow. If you don’t believe us, you can check their website!

Excluding the recently-launched Cool Play 6, rest of the lineup, which includes Note 5, Note 5 Lite, Mega 3, Cool 1 and Mega 2.5D runs on Android Marshmallow, while the Note 3, Note 3 Lite and Note 3 Plus runs on dated Android 5.0 Lollipop. So, it is safe to say that you will not any Android O update on these smartphones, as most of them are not even updated to now older Android Nougat.

Asus has promised that will roll out the Android O update for its Zenfone 4 and Zenfone 3 series. However, the company didn’t reveal about other smartphones as well. Asus has a vast lineup of smartphones in the Indian market, but it seems only a handful of devices will be updated to the latest Android update.

Lenovo has promised that starting from Lenovo K8 Note, all future handsets will get timely updates. The company is also expected to roll out Android O update for Lenovo K8 Note. However, updates for other smartphones are still not known at the moment including the recently launched Lenovo Vibe P2, K6 Power and more.

Micromax, during the launch event of Canvas Infinity, announced that its latest smartphone would get the Android O update. However, if you see most of the devices of the upcoming are still running on a dated Android version and the company has not revealed any plans for releasing the future updates. So it is safe to say that many Micromax devices will not be updated the Android O as most of them have not got the Android Nougat update as well.

Intex is yet another Indian brand, which is accused of not releasing updates on a timely basis. The company has a vast portfolio of smartphones in the budget segment, and the only handful of them runs on the Android Nougat. So, if you think that your Intex device will receive the latest update, then it might be bad news for you. However, by next year or so, we might see some new devices that might come with the latest Android version.

Nubia has been trying hard to maintain its position in the Indian market. However, the company has already failed regarding giving timely Android updates. If you see its smartphone portfolio, then all of them still runs on a dated Android 6.0 Marshmallow, and it seems that the latest Android update is a distant dream for Nubia smartphones.