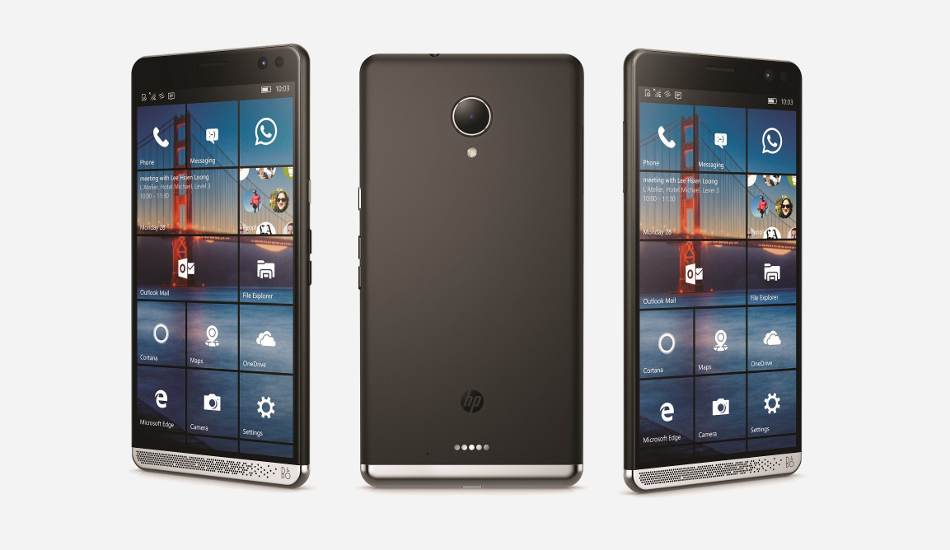 The HP Elite X3 smartphone was unveiled at the Mobile World Congress (MWC) 2016.

The Elite X3 features a 5.96-inch WQHD (1440×2560 pixels) AMLOD display with Gorilla Glass 4 and anti reflective coating. The smartphone is powered by a 2.15 GHz quad-core Qualcomm Snapdragon 820 processor, which is paired with 4GB of RAM. The smartphone runs on Windows 10 operating system and is backed up by a powerful 4150 mAh non-removable battery.

Moreover, HP Elite X3 smartphone comes with two accessories – HP Desk Dock and HP Mobile Extender. The Desk Dock, which is quite similar to Microsoft’s Continuum display dock, allows the Elite X3 to be used as a computer. Just put the X3 in the dock and then connect it to a larger monitor and enjoy your phone’s content on a big screen.

The Mobile Extender is even more useful. The Mobile Extender has a 12.5 inch full HD display, a keyboard and a 47 Whr battery. Of-course it has speakers and ports like a laptop. It is basically a laptop like device but it doesn’t have processor, RAM or storage. Instead it uses the Elite X3’s chipset to use.