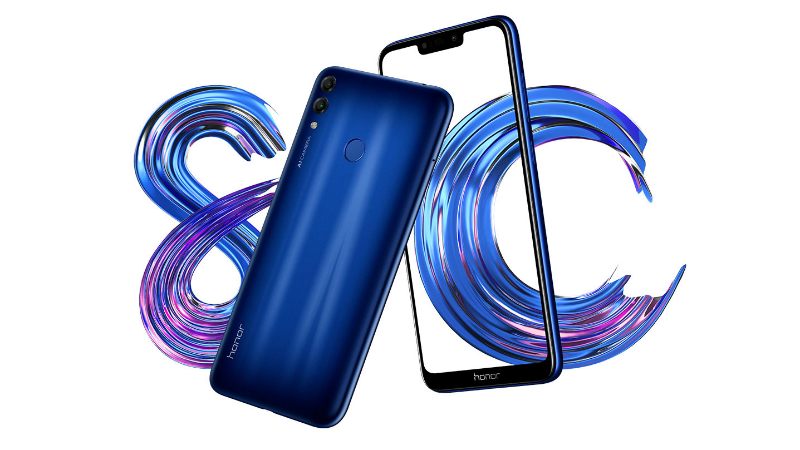 There is no change in the price of 4GB RAM with 64GB storage variant of Honor 8C and is listed at the original launch price of the Rs 12,999.

The phone4GB RAM with 32GB storage variant received price cut last year also after which the price was dropped to Rs 9,999 and now the price has been further reduced by Rs 1,000. There is no change in the price of 4GB RAM with 64GB storage variant and is listed at the original launch price of the Rs 12,999 on Amazon. The phone comes in Aurora Blue, Magic Night Black, Nebula Purple, and Platinum Gold colour options.

Honor 8C features a 6.26-inch HD+ notched display with a 1520 x 720 pixel resolution offering an aspect ratio of 19:9 and screen-to-body ratio of 80.4 percent. It is powered by an octa-core Qualcomm Snapdragon 632 SoC, coupled with an Adreno 506 GPU. The phone has4GB of RAM and 32GB/64GB of onboard storage options that both are expandable via microSD card (up to 256GB).