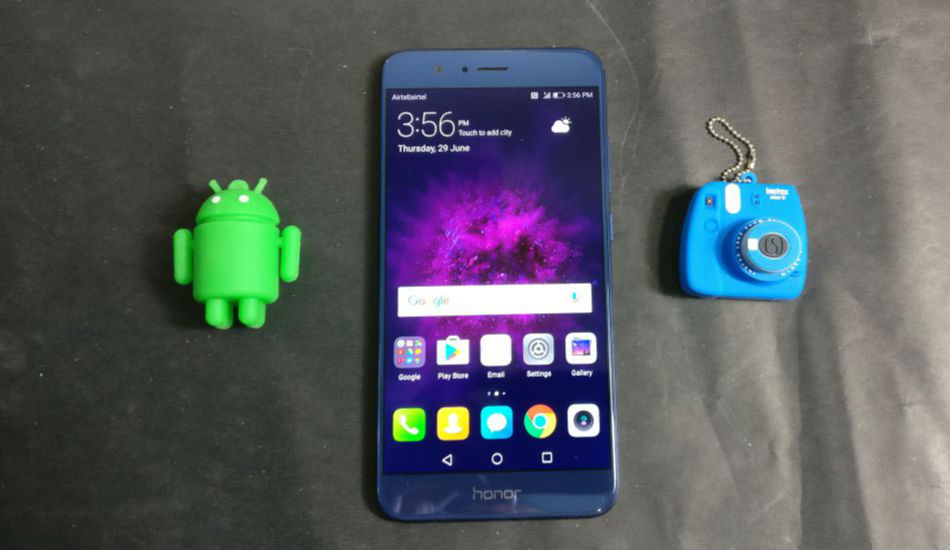 It comes in Blue, Black and Gold colour variants.

Huawei’s sub-brand Honor has today announced the launch of Honor 8 Pro smartphone in India. Priced at Rs 29,999, the smartphone will be exclusively available from Amazon. The company says that the smartphone will be available on July 10 at 6PMduring Amazon Prime Day sale for Prime members and it will go for open sales from July 13 midnight. It comes in Blue, Black and Gold colour variants. The company is also giving 15 percent cashback offers from HDFC debit and credit cards.

The smartphone comes boasts a metal unibody design and the major highlight of the smartphone is the dual rear cameras. The camera comes with a combination of 12-megapixel sensors with one being used to capture RGB, while other captures details in monochrome. The smartphone also supports 4K recording at 30 frames per second and comes with an 8-megapixel front camera for selfies and video calling.

As per the specifications are concerned, the device will feature a 5.7-inch QHD LTPS LCD display with a screen resolution of 2560 x 1440 pixels and a pixel density of 515ppi. The device is powered by company’s in-house Kirin 960 octa-core processor and is backed by a 6GB of RAM and 128GB of internal storage, which can be further expanded up to 128GB via microSD card slot.