The cheaper Nexus 5X is made by LG while the Nexus 6P has been made by Huawei.

The LG Nexus 5X comes in charcoal black, quartz white and Ice Blue mint colours. With it buyers will get a Bluetooth headset worth Rs 2,500, cashback of Rs 3,500 on HDFC credit card and free screen replacement facility worth Rs 6,500. 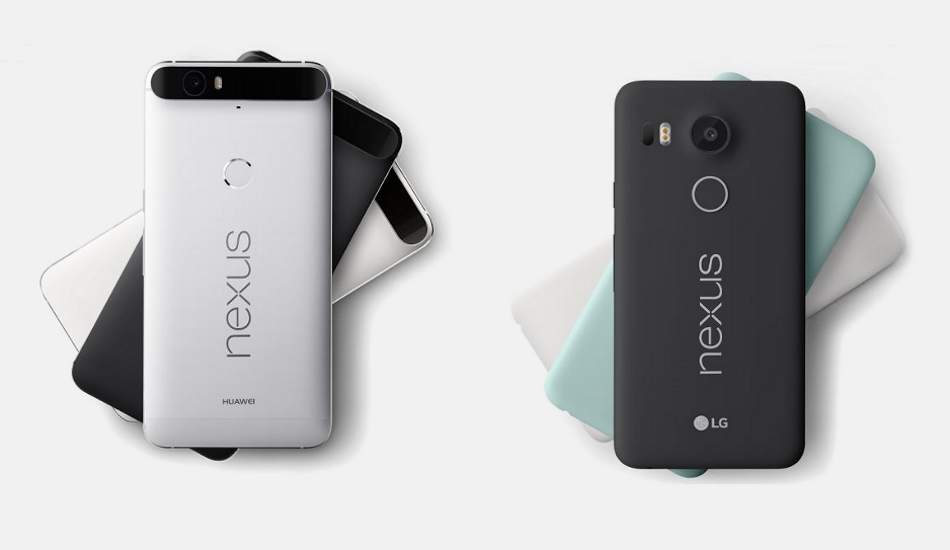 With Huawei Nexus 6P you will get a Bluetooth speaker worth Rs 2,495 or the Google Chromecast worth Rs 2,999, Airtel 4G double data offer for six months and EMI facility with 100 per cent cashback on interest charges.

Huawei made Nexus 6P has a 5.7-inch Quad HD AMOLED display with Corning Gorilla Glass 4 protection and is powered by a Qualcomm Snapdragon 810 chipset which has a 64-bit 2.0 GHz octa-core processor with Adreno 430GPU along with 3GB of RAM. The device is powered by a 3,450mAh battery.

Both the Nexus smartphones have fingerprint sensor that are located in the back panel and will not have expandable storage options. The phones will come with the USB Type-C connector.