It shows what level of innovations can be brought in a cell phone.

Samsung’s flagship smartphone, the Galaxy S4, has been launched in India. By pricing it at just Rs 41,500, Samsung surprised everyone but it was only the tip of the iceberg considering the features it comes with. Here is our first impression of the handset, which is currently regarded as the fastest phone in terms of computing power courtesy its octa-core processor. 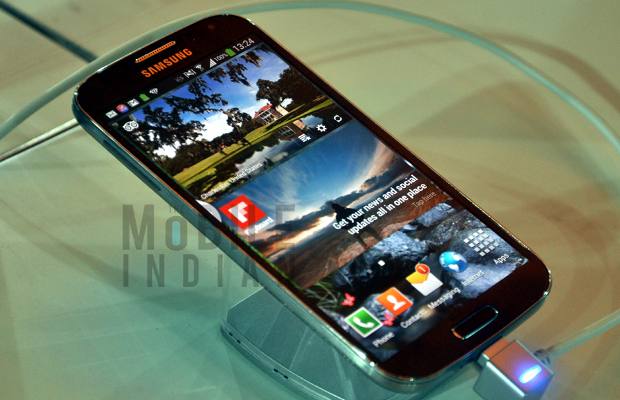 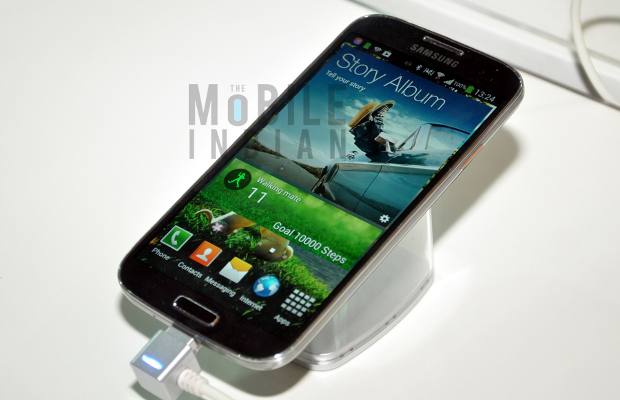 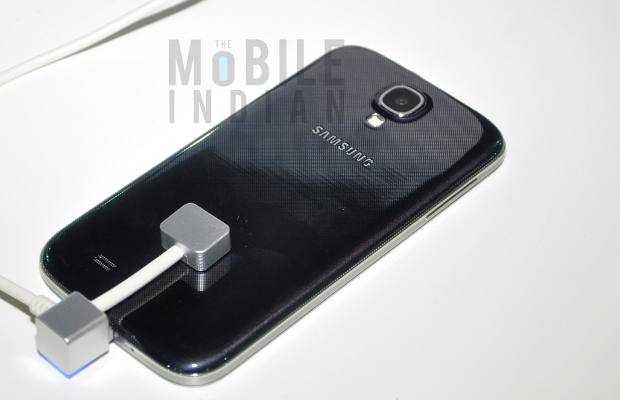 The device comes in two colours – white and black – and both options feature a high gloss finish polycarbonate body that makes it lightweight, durable and immune to dents and bruises during falls which can be experienced with devices featuring a metal body. The Samsung Galaxy S4 features metallic trimming on the edges all around that give it a unique accent as well. 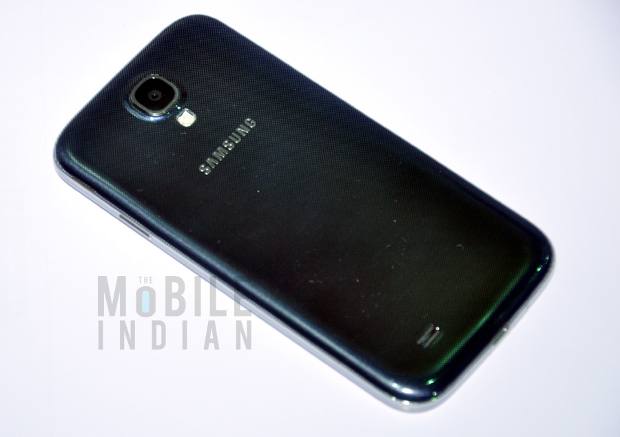 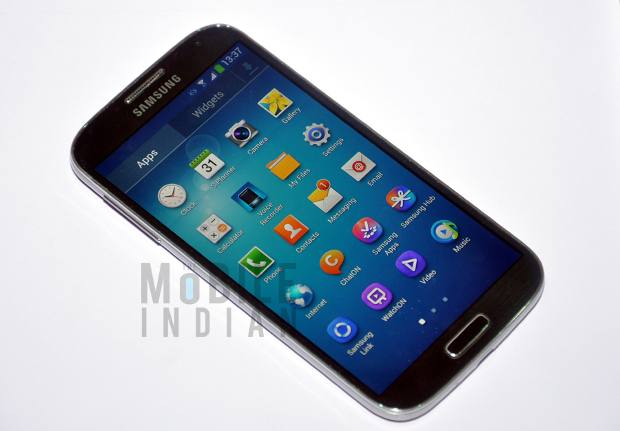 The Samsung Galaxy S4 is the first Android smartphone to feature an eight core Exynos 5 Octa 5410 mobile processor, clocked at 1.6 GHz and the new PowerVR SGX544MP3 graphics chip. Talking about octa core processor, the Exynos has 4 cores of a low performance ARM Cortex A7 architecture clocked at 1.2 GHz and 4 cores of high performance ARM Cortex A15 architecture. This combination allows for better power savings and on demand performance as well. To know more about ARM Architectures read here. 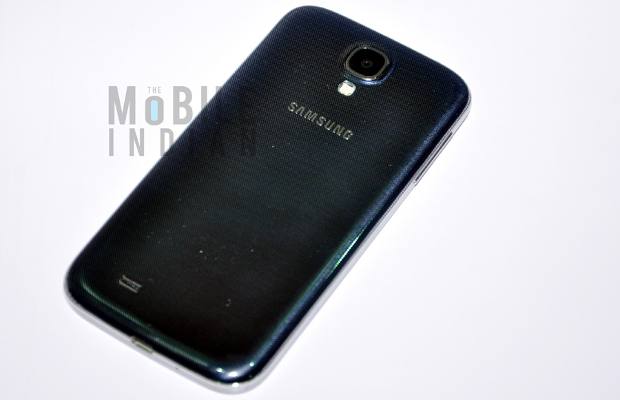 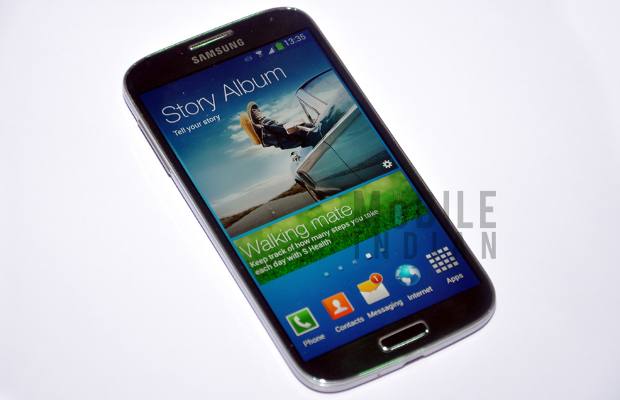 The Samsung Galaxy S4 has 2 GB RAM and comes in one 16 GB on-board storage version only for India. But that’s not an issue as it supports 64 GB of memory expansion via a micro SD card. 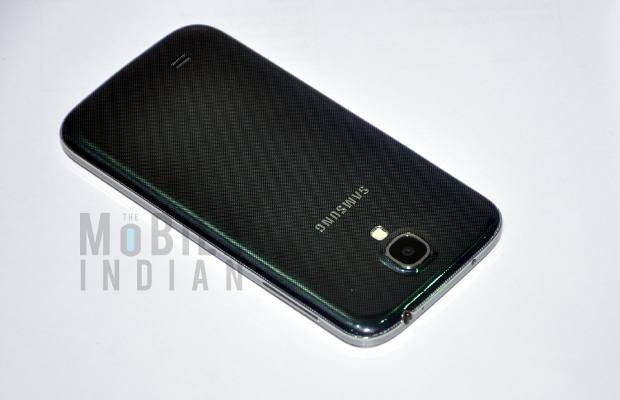 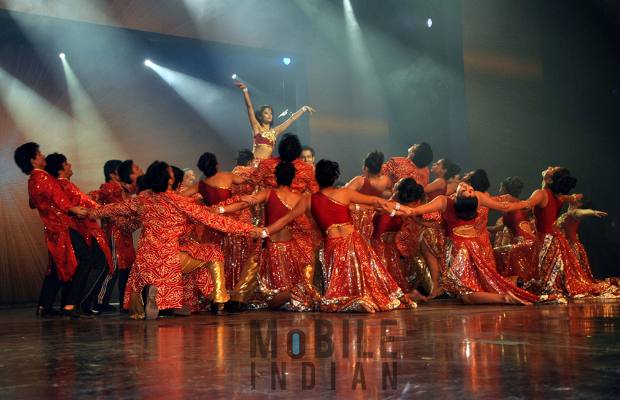 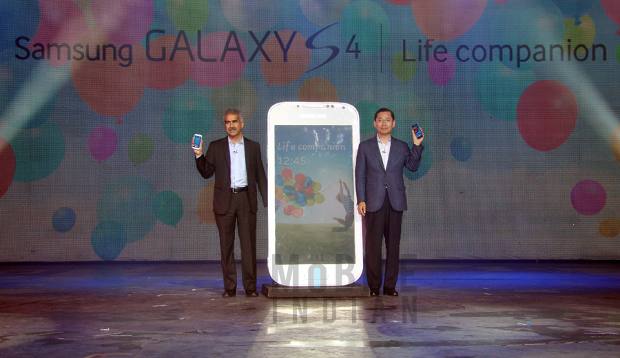 The Samsung Galaxy S4 runs on Android 4.2.2 Jelly Bean with a layer of the latest Nature UX as part of TouchWiz UI. There a number of additions done on the user interface level. Some of the major highlights are the smart pause feature that pauses the video you are watching the moment the user moves his/her attention away from the device. Also there are ‘air’ gestures which allows users to shuffle pages by just hovering their hands over the display. Another great feature is the Group Play functionality where in two or more Galaxy S4 devices can be combined for music playback to create stereo and multi-channel loudspeaker effect. 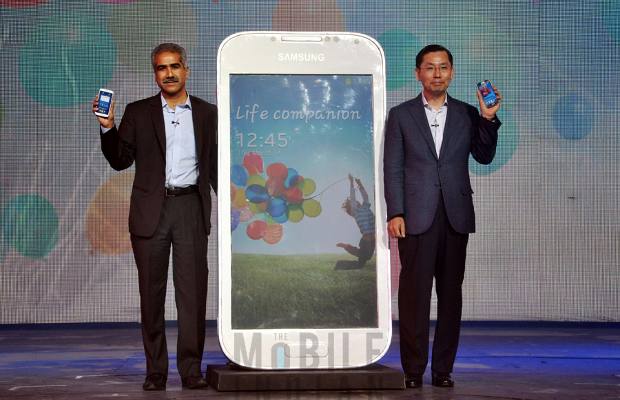 At the back Samsung has used a 13 megapixel camera with LED flash, autofocus and zero shutter lag features. This camera is capable of recording full HD videos and clicking high quality images. There is also a front facing camera capable of clicking high quality self-portraits and video. Samsung has introduced the new dual shot feature that allows the phone to record video and click images, as well as click two images at the same time using both cameras. 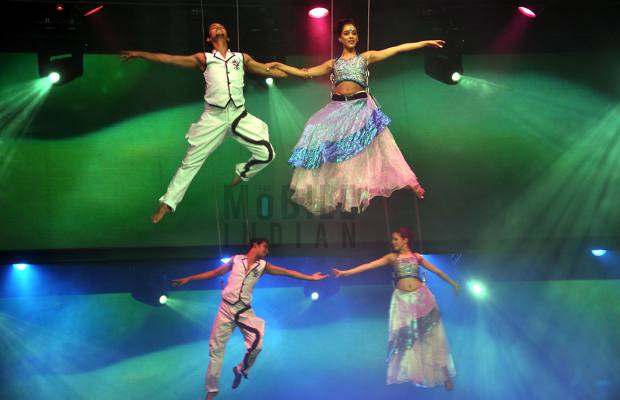 For connectivity, apart from 3G network and high speed WiFi support. Samsung has also added Bluetooth 4.0 LE and infrared LED for remote control. This can be used to control televisions right from the mobile phone without having to search for remote every time. 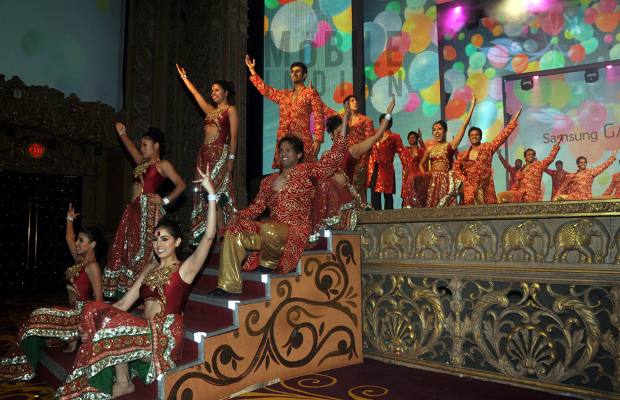 Undoubtedly, the Samsung Galaxy S4 has impressed us with its features and price but stay tuned for a complete review as devils always lie in the details.