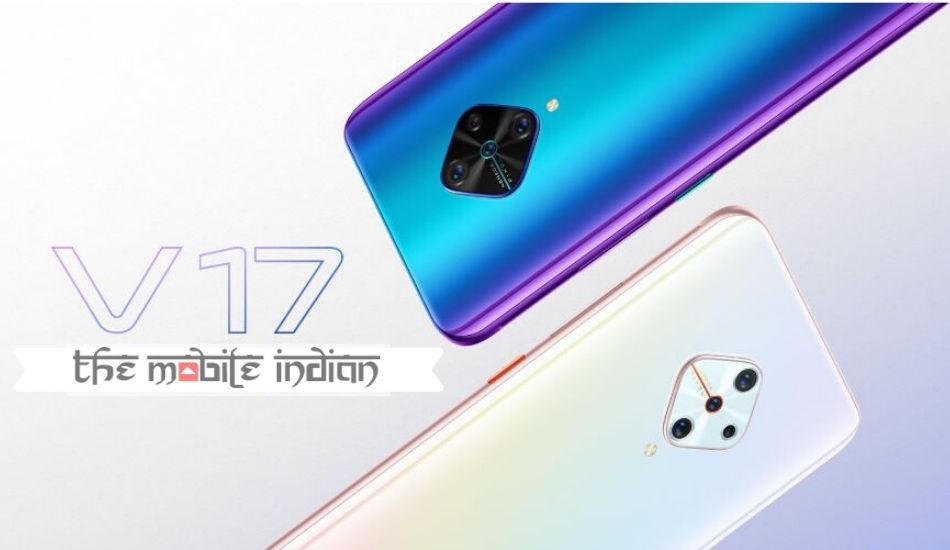 On the front, the Vivo V17 smartphone will employ a 32-megapixel sensor under the drop notch display and will have an in-display fingerprint scanner.

Vivo is all set to launch its new V-series smartphone soon, which is dubbed as Vivo V17. Before the official announcement, we have got our hands on the official product images of Vivo V17 smartphone with few confirmed key specifications. 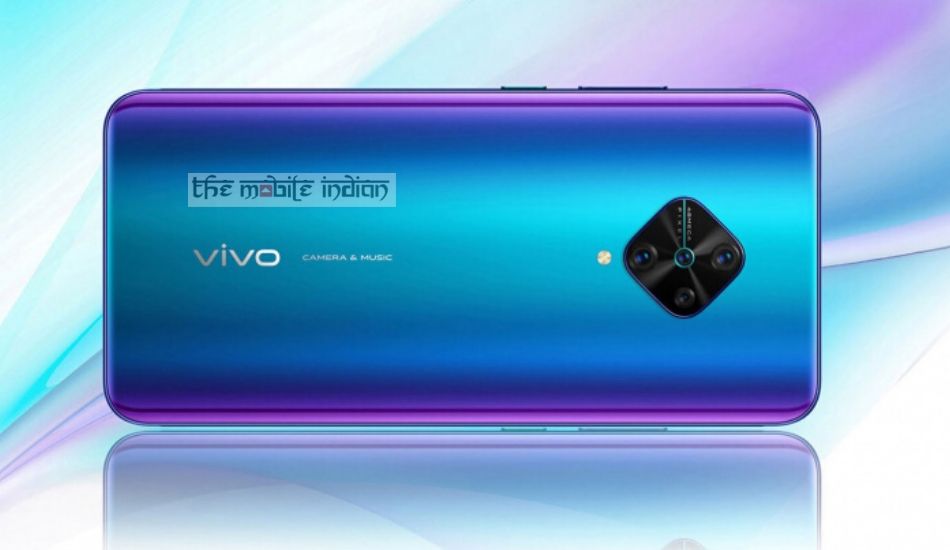 The images and specs available with us for Vivo V17 matches with the two Vivo smartphones with model number V1945T and V1945A that were recently found listed on TENAA website. 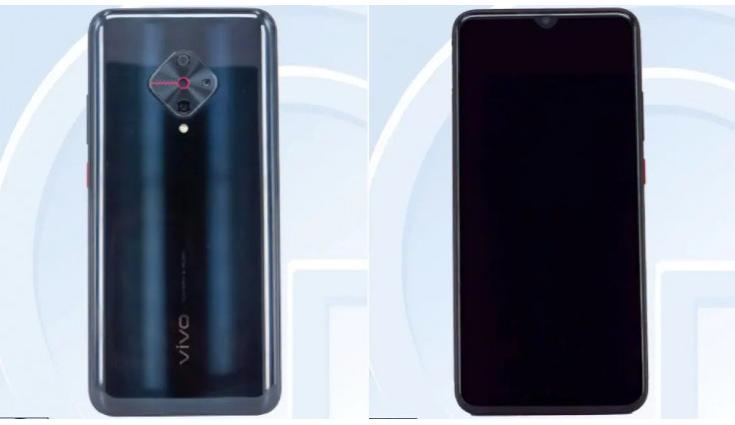 For the optics, the Vivo V17 smartphone will have diamond-shaped quad rear camera setup with 48-megapixel as a primary lens, an 8-megapixel secondary lens, 2-megapixel depth sensor and a 2-megapixel macro lens. On the front, it will employ a 32-megapixel selfie shooter. The smartphone will get its power from a 4,390mAh battery and run on Android 9 OS. The phone will measure 159.25 x 75.19 x 8.68mm and weigh 186.7 grams. The sensors include Gravity sensor, distance sensor, light sensor, screen fingerprint recognition.