Surprisingly Iris 454 comes with an HDMI port, making it perhaps the only budget smartphone to have the feature.

Lava Iris 454 comes with an 8 megapixel camera with Auto Focus and LED flash. It also has a VGA (0.3 megapixel) camera in the front. Surprisingly it comes with an HDMI port, which can be used enjoy the content of the phone on a HDMI television. 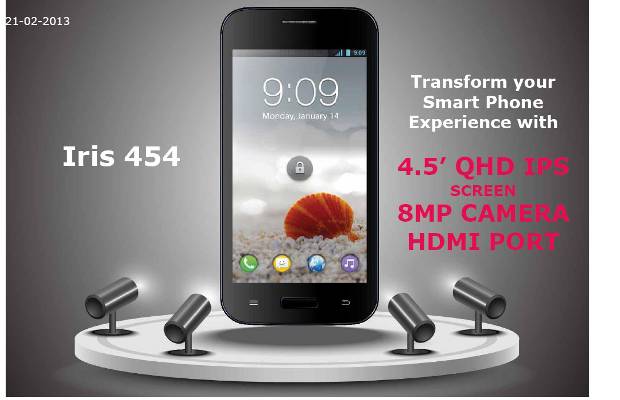 The phone has 4 GB internal memory and Lava is also offering a 4 GB micro SD card for free with the phone. While the there are several other phones with similar features in the Indian market from players like Salora, Spice, Karbonn, Byond and others, this one is one of the cheapest in the market.