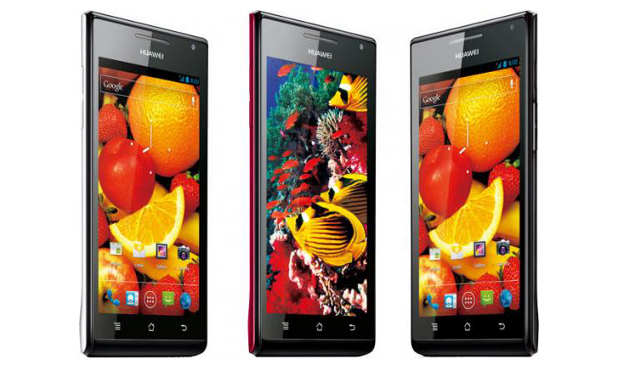 Huawei has been pro-active to announce the first smartphone Honor to run Android 4.0 Ice Cream Sandwich update. Now the company has attracted the attention with world’s slimmest Android smartphone so far. Clearly, the Ascend P1 S gives the Motorola Droid Razr a run for money by couple of millimetres.

New Ascend P1 S is a 3G networks supporting smartphone that will be introduced in several markets while the Ascend P1 is exactly same handset but with LTE chip inside.

The Ascend P1 and P1 S have 1 GB RAM and 4 GB ROM that is good enough to run the Android 4.0 Ice Cream Sandwich smoothly. Both the smartphones will come with 8 megapixel rear camera with capability to record full 1080p HD video and optimised for HDR effect. Also, there will be a front facing 1.3 megapixel camera in both these handsets which would be capable of recording 720p HD videos.

New Ascend P1 and P1 S offer great hardware to support multimedia entertainment, gaming and number of other modern day features. Huawei will offer these handsets in metallic black, ceramic white and cherry blossom pink in Europe, Asia-Pacific, North America, Middle East and China. There might be a bit of a time gap but Huawei promises to make these smartphones available in the second quarter of this year 2012.