According to a user agent profile spotted on TCL website, the new smartphone will bear some major improvement over its predecessor.

It seems that TCL is gearing up to launch the successor of the BlackBeryy KEYone smartphone. According to a user agent profile spotted on TCL website, the new smartphone will bear some major improvement over its predecessor. 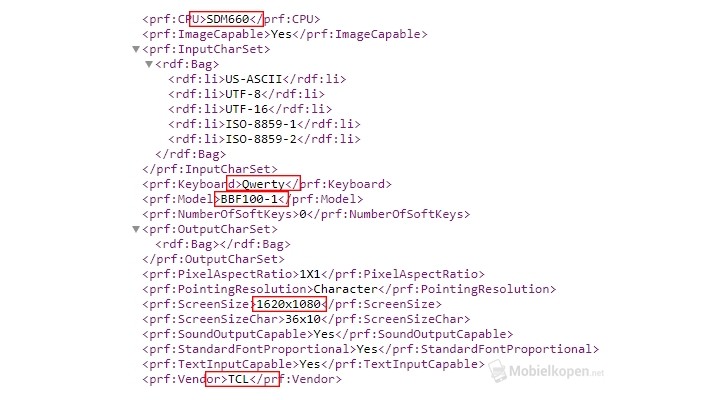 Coming to the hardware, the upcoming smartphone will be powered by a Qualcomm Snapdragon 660 mobile platform. To recall, Qualcomm introduced the mid-range processor in May this year. The processor comes loaded with 64-bit octa-core Kyro 260 CPU clocked at 2.2GHz and has 30 percent improved Adreno 512 GPU.

The processor also sports Snapdragon X12 LTE Modem, paired with the new SDR660 RF transceiver, which supports peak downlink data rates of 600Mbps to the 600-tier lineup of SOCs for the first time. The Snapdragon 660 supports 2×2 MU-MIMO 802.11ac Wi-Fi for twice as much data throughput and up to 60 percent lower download power consumption as the Snapdragon 652.