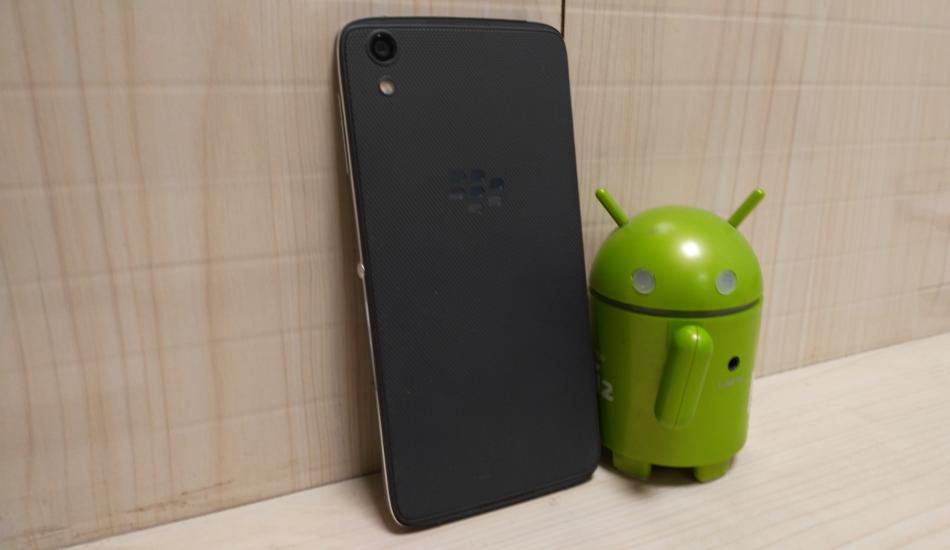 The latest leaks of this BlackBerry smartphone directly came from a Famous tipster, Roland Quandt.

BlackBerry seems to be working on its first Dual SIM smartphone dubbed as “BlackBerry BBC100-1”. The smartphone was previously spotted on the Indonesian regulator’s website ‘POSTEL’ last month in December 2016, however, nothing concrete was revealed that time except the fact that the smartphone comes from a company called BB MERAH PUTIH, PT. Now some of the key specification has also been leaked by a leaksternamed Roland Quandt (@rquandt) via its twitter account. 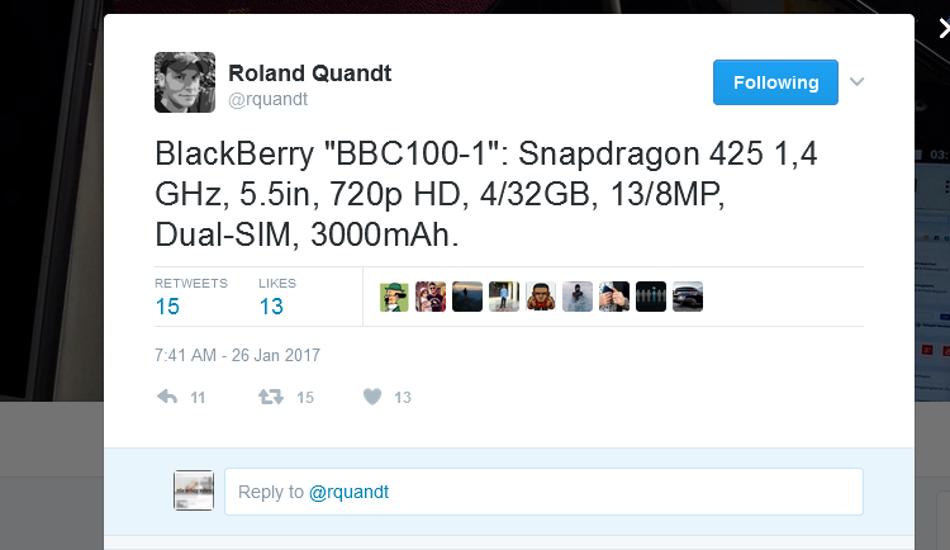 As per Roland Quandt, the upcoming BlackBerry smartphone will feature a 5.5-inch HD display with a resolution of 720×1280 pixels and will be powered by a Qualcomm Snapdragon 425 processor. It will come with 4GB of RAM and 32GB of internal storage. The smartphone will be backed by a 3,000mAh battery. For the optics, it is likely to sport a 13-megapixel rear camera and an 8-megapixel front-facing camera.

As it was earlier spotted on an Indonesian regulator’s website, it is not yet clear whether it will be exclusive to Indonesian market or will it come to other markets as well.

Recently, BlackBerry has confirmed to unveil its latest smartphone on 25th February 2017 at MWC (Mobile World Congress) to be held in Barcelona next month. As of now, the company has not revealed any name, but, it is expected to be the long rumoured ‘BlackBerry Mercury’ aka BlackBerry BBC100 smartphone.

Based on leaks and reports, the BlackBerry Mercury is expected to be powered by a 2GHz Qualcomm Snapdragon 625 chipset, Adreno 506 GPU, 3GB RAM and 32GB of internal storage. In the camera department, it said to feature an 18-megapixel camera at both front and back.

The Mercury is expected to be based on Android Nougat operating system and would sport a trademark BlackBerry QWERTY keypad. In terms of the design, the device will have a premium look to be made out of metal and rubber all around. Apparently, the target audience of this device will professional and business people and it will come with some of the traditional BlackBerry apps such as Hub+. The display on this new device is said to be a 4.5-inch display and is in a ratio of 3:2 to the QWERTY keypad. This keypad is touch sensitive and will be covered with a glossy like finish to give it a feel of glass material. The smartphone also said to have a fingerprint scanner which is embedded into the space bar. The traditional capacitive trackpad will also expect to make a comeback with this device.

Note – The above image is of BlackBerry DTEK50