The Lenovo A8-50 is pitted against Samsung Galaxy Tab 4, Google Nexus 7, Asus Fonepad 7, and even the Apple iPad Mini.

Lenovo currently sells several tablets in India, starting from as low as Rs 4,300. Recently, it has introduced the A8-50 (not to be confused with the Lenovo A850 smartphone). The tablet is priced at Rs 17,999 at which it is pitted against Samsung Galaxy Tab 4, Google Nexus 7, Asus Fonepad 7, and even the Apple iPad Mini. 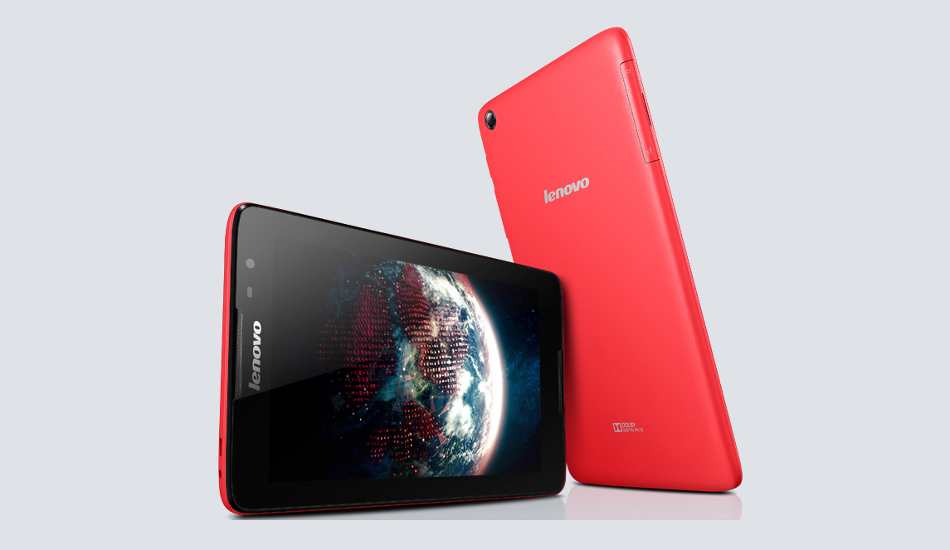 The Lenovo A8-50 offers an 8 inch capacitive touchscreen with high definition resolution and 10 point touch input. Currently, it is based on the Android 4.2 Jelly Bean operating system but the company has announced that it will released the Android KitKat update for the tablet soon. It has the 1.3 GHz Mediatek MTK8382 processor, 1 GB RAM, and 16 GB internal storage. There is an expandable storage slot in the tablet that can accommodate a 32 GB micro SD card.

The Lenovo A8-50 has a 4200 mAh Li-Po battery that claims to offer 11 hours of talktime. It has a dimension of 136 mm x 8.95 mm x 217 mm and weighs 360 grams. The A8-50 comes with a 5 megapixel rear camera and a 2 megapixel front camera -both are of fixed focus in nature. It has a micro SIM slot for voice calling and 3G connectivity. Other than that it has Bluetooth 4.0, WiFi with Hotspot feature, FM radio, and GPS with A-GPS facility.