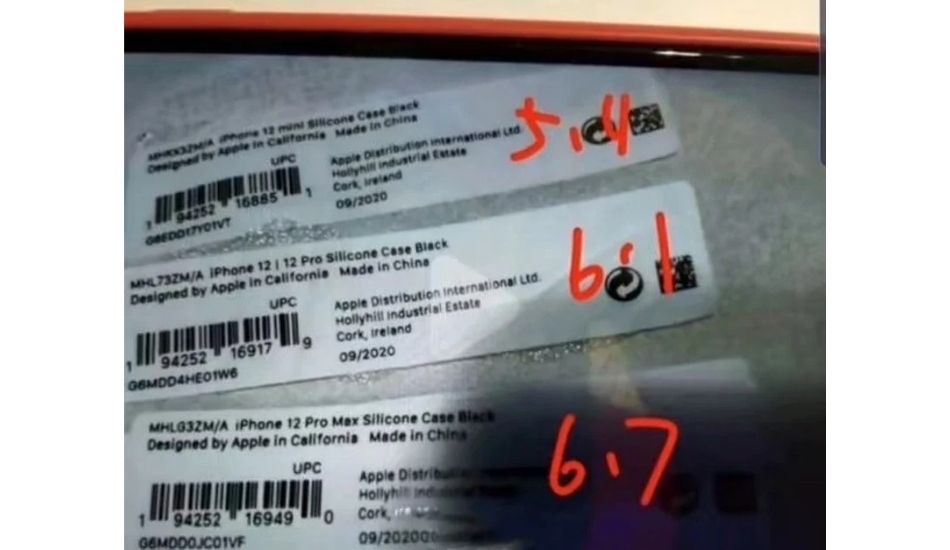 The stickers of unreleased silicon cases have leaked from Apple’s international distribution centre in Ireland. This picture shows three stickers with their model numbers of all three iPhones; the first one being the iPhone 12 mini with 5.4-inch screen size, the 6.7-inch iPhone 12 Pro Max, and the 6.1-inch iPhone 12/12 Pro.

Interestingly, the colour of all the three cases is black with model numbers MHL732M/A and MHLG32M/A none of which was used by Apple in the past. This photo was shared by a Twitter user DuanRui whose past iPad Air leak turned out to be true.

We’ve seen Apple using the name ‘mini’ in its iPads, iPods, and macs. This name coming to the iPhones makes the situation a fair bit interesting and surprising as well. The name ‘mini’ surely does spark an idea that the phone will be shorter and lighter while also staying lighter on your pocket. That said, the iPhone 12 mini, could have smaller screen estate than the iPhone 11 Pro which is 5.8-inches.

The only way to find out is by tuning into the even which is scheduled on October 13. Some rumours also suggest that some models might not come out until November