It will have 4.3 inch display and will house a 1.5 GHz Qualcomm mobile processor.

Days after The Mobile Indian reported about the new Sony Ericsson Nozomi smartphone, an online forum has now posted a screenshot of the handset shown on Sony Ericsson’s website as an Ad.

Reportedly, Sony Ericsson is working on the 720p HD native resolution display bearing handset under its Xperia brand. It will have 4.3 inch display and will house a 1.5 GHz Qualcomm mobile processor.

As per the SE IT168 forum, Sony Ericsson Nozomi will be branded as one of the new Xperia smartphones and has LT26i as the machine/product id. Sony Ericsson will join the 720p HD native display resolution bearing smartphone club with Nozomi. Its display will support 1280×720 pixel resolution natively and feature Bravia Engine HD. This native 720p HD touchscreen display will be heavily flaunted with the new breed of PlayStation Certified HD games meant for the Xperia Android smartphones.

Under the hood, the Nozomi handset will house a dual-core 1.5 GHz Qualcomm Snapdragon MSM8660 mobile processor that has 1 GB RAM coupled. Initially the Nozomi will ship with Android 2.3.x Gingerbread update but it will be upgradable to Android 4.0 Ice Cream Sandwich whenever Sony Ericsson software engineers are ready with it. 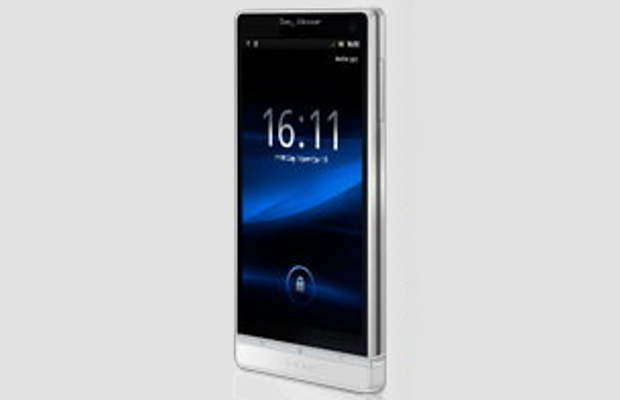 There is no way to confirm whether the alleged image is official or just another render prank. Nonetheless, we can expect the announcement of Nozomi just before or at the Mobile World Congress 2012 in February. That’s when the world gets to see the new devices that can be expected through the year.