Ahead of launch, Nubia N2 with 5,000 mAh battery listed on Amazon 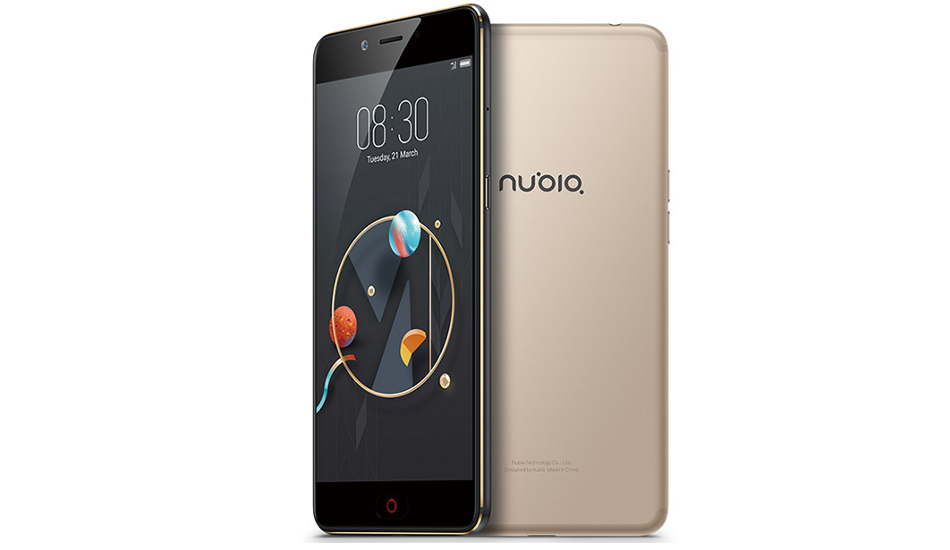 The Chinese smartphone manufacturer Nubia will be launching the Nubia N2 smartphone in India tomorrow. Now ahead of the launch, Nubia N2 has been spotted on Amazon India with full specifications but without any price tag. The device shows ‘currently unavailable‘ on the Amazon India listing.

Nubia has been teasing about the upcoming smartphone launch on its official Twitter handle from few days. The latest tweet reads “Selfies that make you fall in love. The sale will begin from 12 PM on 5th July. #ComingSoon #BiggestJustGotSharper #nubiaIndia” It means that Nubia N2 will go on sale at 12 pm tomorrow just after the launch. 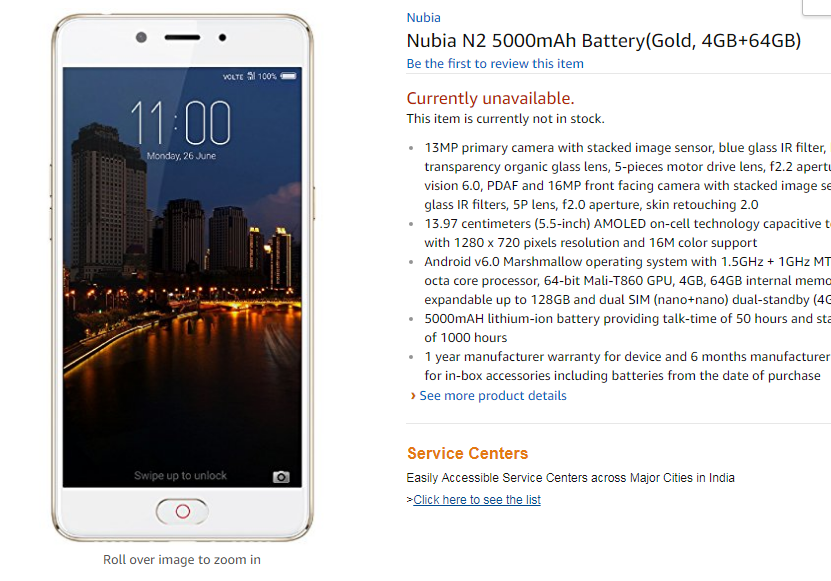 The Nubia N2 was earlier launched back in March in China along with Nubia M2 and Nubia M2 Lite smartphones. The Nubia N2 is the successor of Nubia N1 which was launched last year in India for Rs 11,999. The Nubia N2 comes in Champagne Gold and Black Gold colour options and is priced at 1999 Yuan which is approximately Rs 18,907 in China.

The Nubia N2 sports unibody metal design and a 5.5-inch full HD display with a resolution of 1920×1080 pixel and pixel density 267ppi. Under the shell, the device is powered by a 1.5GHz MediaTek MT6750 octa-core processor with Mali T860 GPU. The phone comes with 4GB of RAM and 64GB of internal storage, which can be further expanded up to 128GB via microSD card. It also has a fingerprint scanner which sits on its back panel.

The Nubia N2 sports a 16-megapixel front-facing camera with f/2.0 for selfies. It also has a 13-megapixel camera at the rear with f/2.2 aperture, phase detection auto focus and LED flash support. The device runs on Android 6.0 Marshmallow operating system with Nubia UI 4.0 on top of it. The smartphone is powered by a massive non-removable 5000mAh battery that can give 60 hours of talk time and includes 18W fast charging support. Connectivity options include 4G LTE, Wi-Fi 802.11ac, Bluetooth 4.0, GPS/GLONASS, 3.5mm headphone jack and USB Type -C-Port. The handset measures 155 x 75 x 7.9mm and weighs 180 grams.