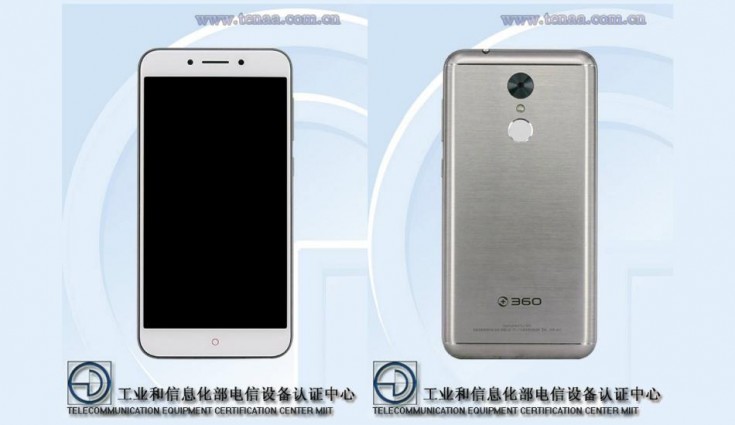 Lee Soon, CEO of 360 Mobiles has today revealed that the company’s new N-series smartphone named N5 will be announced on February 22, in Beijing, China. The confirmation comes via his post on Chinese microblogging website, Weibo. The company has now started sending the invites for the event as well.

Along with the invite, the company has also sent a Symbian powered older Nokia N81 mobile phone. As per reports, the 360 Mobiles N5 may look like Nokia N series Nokia N81 and Nokia N95 smartphones. Earlier, wereporteda mysterious smartphone from 360 Mobiles with model number 1605-A01 was spotted on the Chinese certification website, TENAA, which revealed key specifications and images of the device. While nothing is concrete regarding the name of the device, latest reports suggest that the device is expected to be N5. 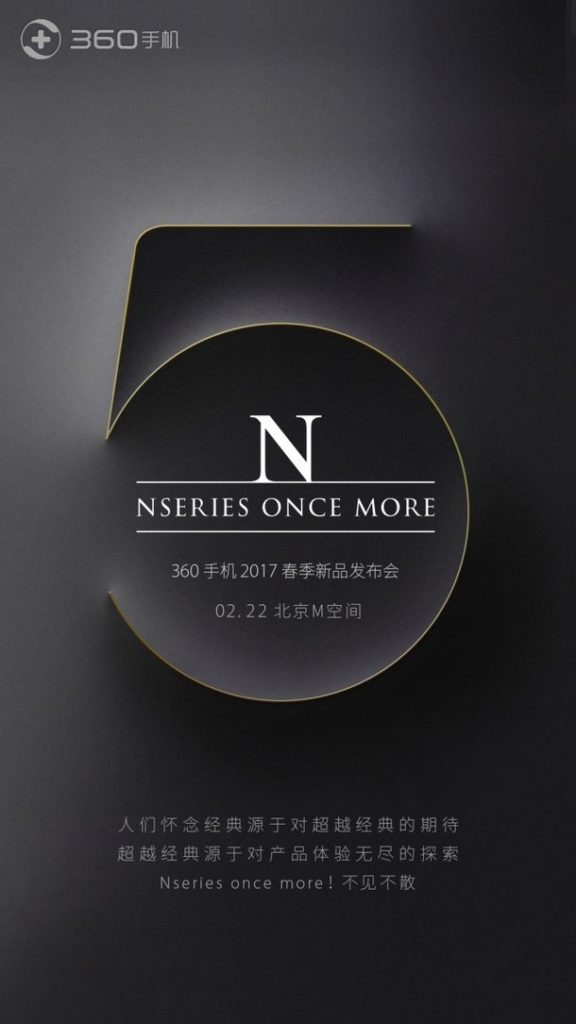 Meanwhile, as per the TENAA listing, the smartphone has a 5.5 inch full HD display with 1920×1080 pixels resolution and is powered by a 1.8 GHz Octa-Core processor. The device is backed by a 6GB of RAM and 32GB of internal storage with expandable up to 128GB via micro sd card, a 13-megapixel rear camera with LED flash, an 8-megapixel front camera and a huge 3,920 mAh battery. The image shows that the smartphone sports a metal unibody and the fingerprint sensor sit at the rear panel beneath the rear camera.

The phone runs on Android 6.0.1 Marshmallow operating system and the images reveal that it has Gray, Gold and Black colour versions. Connectivity options of the device include dual SIM, 4G-LTE, Bluetooth, WiFi, GPS/A-GPS and a micro USB 2.0 port. The phone is 152 mm tall, 76 mm wide and 8.25 mm thin and it weighs 156 grams, according to the TENAA listing. Regarding the price, The 360 Mobiles N5 is rumoured to be priced around 2000 Yuan which is approximately Rs 19,458. We are not really sure as to if and when the device will hit the Indian shores but we promise to keep you update as it happens.