1 TB MicroSD Cards are available in the market for a very high price. Yes they can be convienient but is it really a utility? 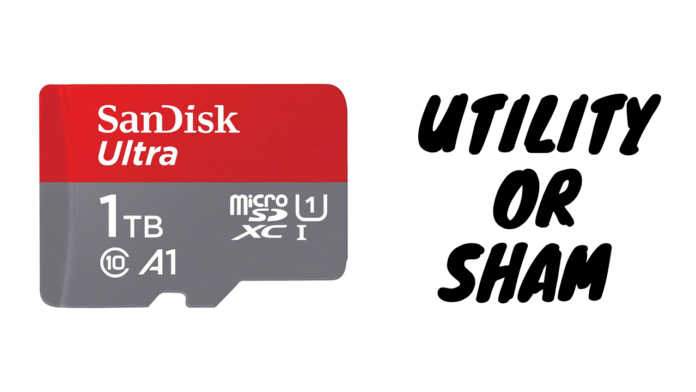 More storage is equal to more stuff. In simpler words, more storage means you can store more files, photos, videos, music, movies or whatever other things you have in the device you want to store them into. And what better device than a smartphone that we use daily in our lives. For this very simple reason, smartphone storage have gone from a mere 16GB till a few years back to up to 1 TB this year, even for MicroSD cards.

Now, this expandable storage can also go up to 2TB which is a lot for a smartphone. This means a phone with 128GB of internal storage can support up to 2TB of memory using an external MicroSD card.

That much storage may sound and look tempting. However, one shouldn’t forget about the cost connected to such an expandable storage card. Usually, the price of a 1 TB SD card is super high and can range from Rs 6,000 to a whopping Rs 23,000. So spending that much money on an SD Card is worth it or just a sham? Here’s our take.

If you love Samsung smartphones, you can wait for an offer on the Galaxy S20 FE 5G that was being sold for Rs 34,000 during Amazon Great Indian Festival. This device, with an offer, will cost you less and also supports expandable storage. Coming to budget smartphones, the Realme 8s starts at Rs 17,999 with 128GB of storage. Adding Rs 15,000 more, the cost goes up to Rs 33,000. At this range, you can get the iQOO 7 for Rs 31,990, which is again a far better smartphone in terms of specifications and levels up the segment to a flagship.

One might argue that a 1 TB MicroSD card can also be purchased at approximately Rs 6,000. Yes, you can, but it’s not from a known brand and if things ever go haywire, you may not get proper support and will end up losing even more money. On the other hand, at Rs 5,000, you can get a 512GB MicroSD Card from SanDisk which is far more reliable if an SD card is really what you want.

What is your alternative to 1 TB MicroSD Cards?

So, what are some of the alternatives you can look at? Well, the most obvious one is Cloud Storage. It is not only convenient but also secure enough. Plus, you can access it from anywhere in the world at any time. A MicroSD card might get corrupted, or if you ever lose your phone, the MicroSD card goes with it, hence, a big loss for you. Moreover, you might lose all of your data because of these issues if you don’t have a backup. Cloud Storage solves both of these issues.

A 2 TB premium plan from Google as a part of the Google One service will set you back Rs 6,500 every year. With this, you are not only paying for the storage, but also for some of the extra benefits such as exclusive Google Photos editing tools, priority Google service and more. Similarly, Microsoft also provides its Microsoft365 plans. At Rs 4,899 per year, you get 1 TB of storage where you can store all your data.

As you might have understood by this point, we think that a 1TB MicroSD card is purely a sham. It’s a costly and a non-efficient way of managing your data. However, if you are still in favour of buying it, we suggest that you go for a card with less storage such as a 128GB or maybe 256GB which is still justifiable compared to a 1 TB card.