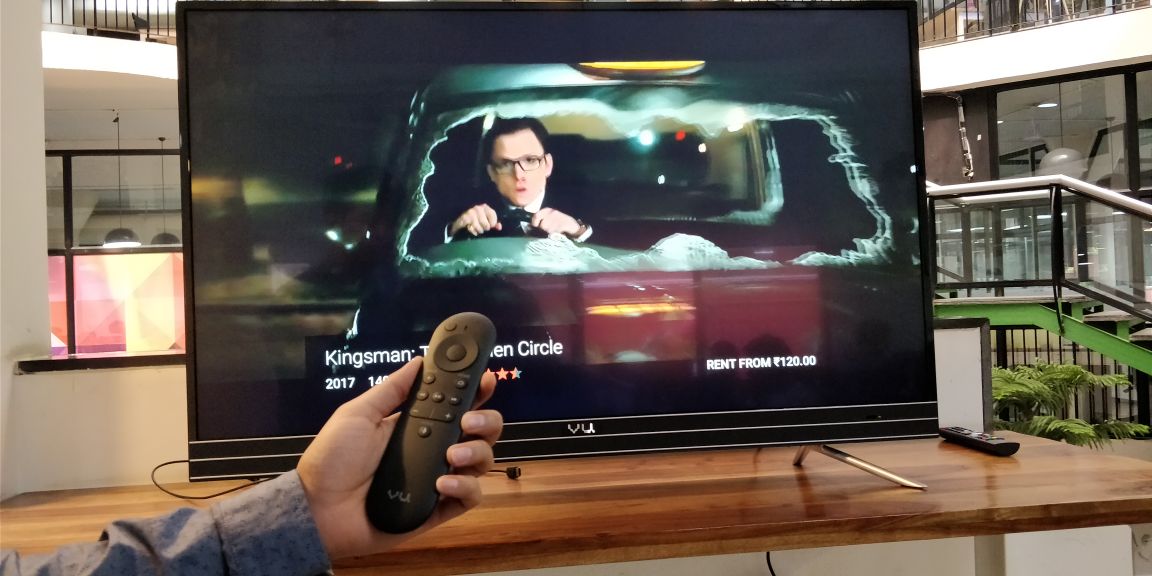 Will it be able to disrupt the disrupter No. 1 in India? We spent some time with the device and here is what we think of it.

With this, Vu is all set to challenge the No.1 disruptor in India. No, we are not talking about the likes of LG or Samsung but Xiaomi. The brand recently unveiled probably one of the slimmest TV, the Mi LED TV with 4K resolution at Rs 39,999. Now, with Vu launching its new range of 4K TVs, which comes loaded top-of-line of specs, the question here is: Will it be able to disrupt the disrupter No. 1 in India? We spent some time with the device and here is what we think of it.

Premium-looking design, but it is not that sleek

We got the 49-inch VU Android 4K UHD TV for the review and one thing is sure, the device certainly gives a premium look. The front sports a large display along with front-facing speakers at the bottom. At the right corner, there is IR port. That said, the TV does carry some slim bezels, but it is not as sleek as we have seen in Xiaomi Mi LED TV. Furthermore, the back of the TV is quite bulky, where Xiaomi has managed to keep the slimness to just 4.9mm, which gives a more premium look. However, it is important to note that in both the TVs, the power button is at the bottom, which is kind of odd. 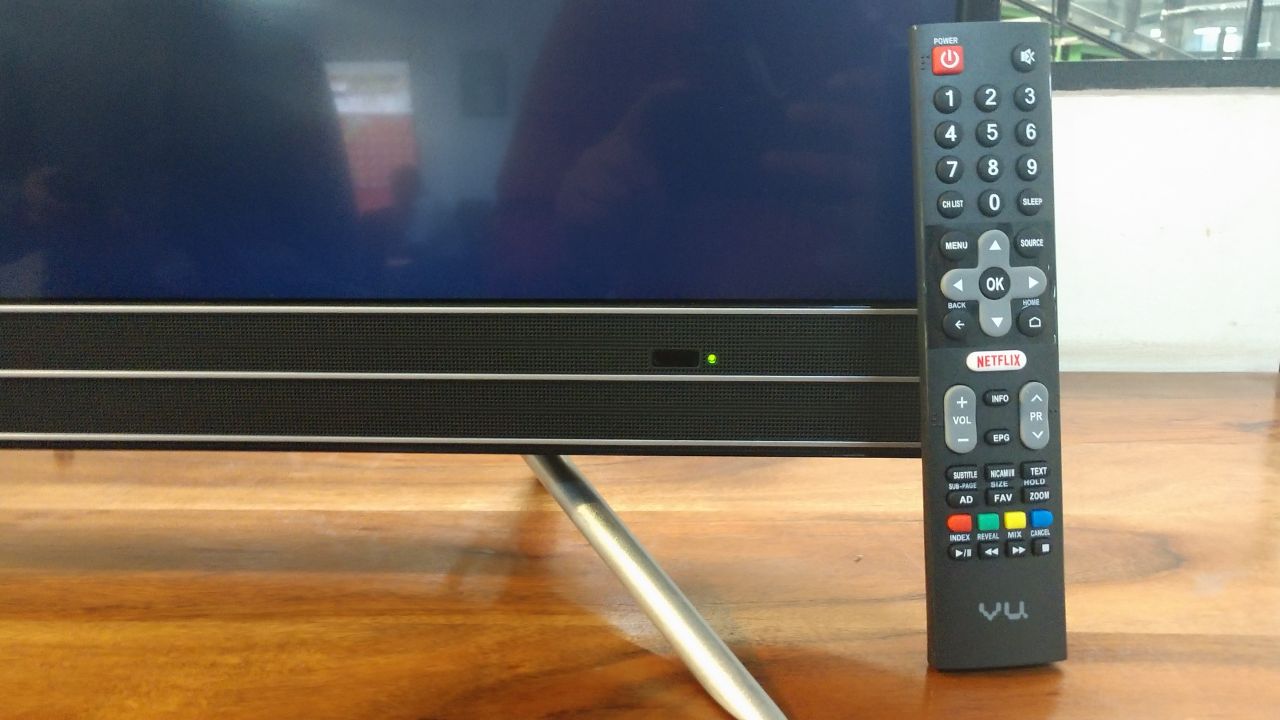 Coming to VU TV, at the back you get one LAN port, one HDMI port and one USB port on the left side, which are convenient to reach, while at the base there are other ports including headphone jack, Composite in, Channels in, 2 HDMI ports, one USB port and digital audio out port. The TV also comes with an option to keep on a stand or wall mount it. That said, we think bottom ports will be a bit difficult to reach once you wall mount the TV.

The display is surprisingly good

Vu has been always known for delivering some really good display output and this one is no different. The TV comes loaded with A+ Grade IPS panel with a screen resolution of 3840 x 2160 pixels and it has 450 nits brightness. The TV has a viewing angle of 178-degree and it has an image refresh rate of 60Hz. 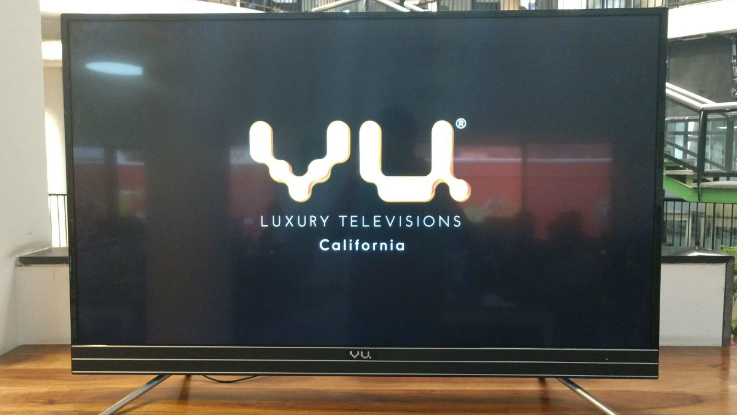 This simply contemplates to fantastic display output and the close-to-source colour range. The one thing we like about this, which is missing in the Xiaomi Mi LED TV, is the non-reflective screen. The display used in Mi LED TV is surely reflective of nature, but we didn’t face any such problem with this one.

The VU Smart TV is powered by a quad-core processor along with 16GB of storage with 2.5GB Flash. Users can stream 4K content on this one, which is a welcome move.

The hardware seems to be decent, but it is the software that adds some brownie points. The Smart TV is officially an Android TV and it runs on Android 7.0 Nougat. The user interface is quite smooth and easy to navigate. You get some content syndication in the Home menu, but that is mostly curated through Google apps like Google Movies, TV, Music and more. The TV also sports a Google Play Store, though it comes with a limited of number apps supported for Android TV. 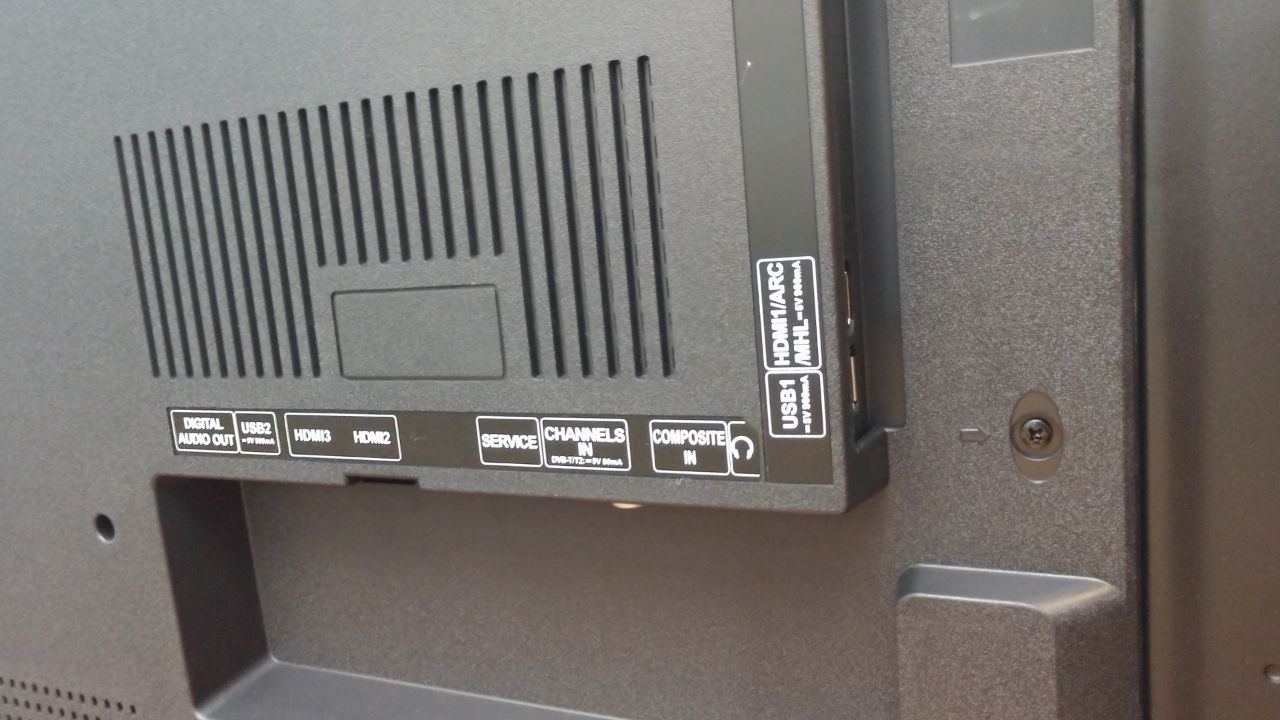 Then you get third-party apps like Netflix, Hotstar, ALT Balaji, Sony LIV and more. Another interesting thing about the Smart TV is the in-built support for Chromecast, which makes it easier to play or mirror the content from your smart devices.

For sound, there is a sound bar at the bottom that comes with 10W+10W speakers. The TV boast different sound mode including Rock, Pop, Live, Dance, Techno and more. The TV supports Dolby Digital and it comes with audio enhancements as well. In our initial testing, we found out the sound of the Smart TV is pretty decent as the sound didn’t distort when you raise the volume. So stay tuned with us for more details about the TVs sound performance. 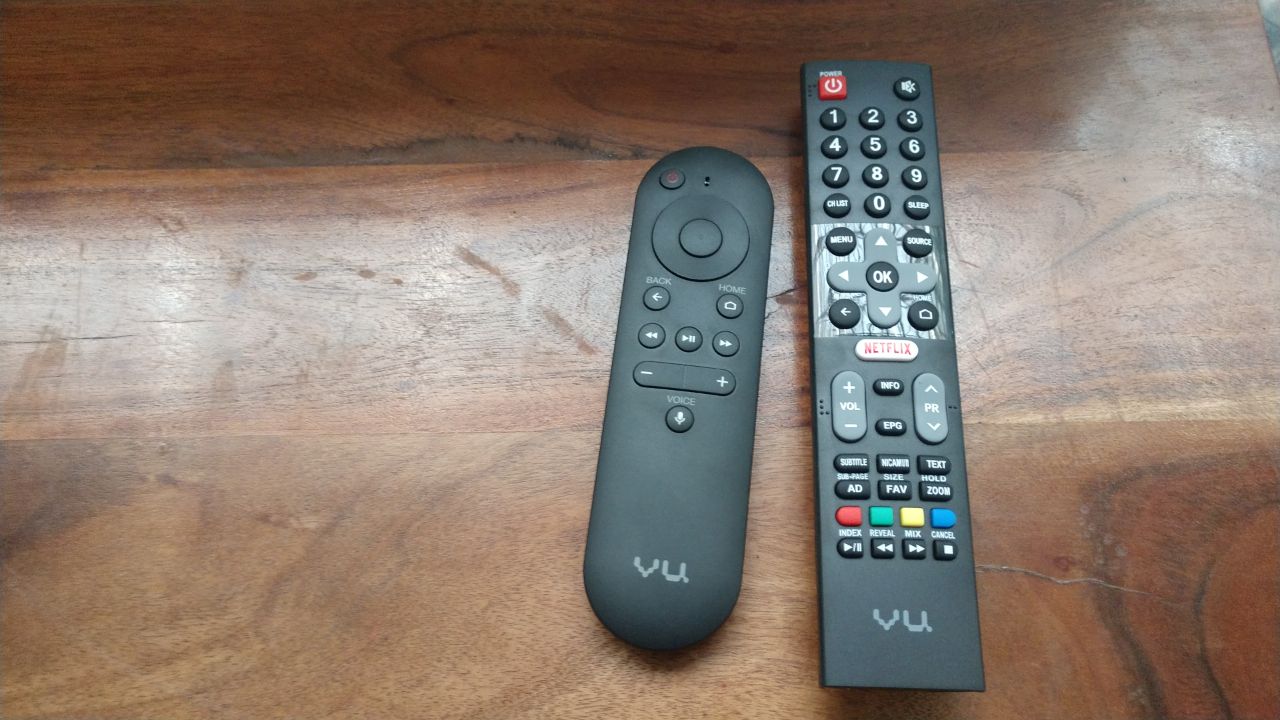 To conclude, the Vu 49-inch Android 4K UHD TV is surely one of the most interesting television at this price point. The Smart TV comes loaded with stock Android experience, which is quite simple to use and easy to navigate. The display looks promising and remotes makes navigation quite easily, especially, with voice search. Overall, the Smart 4K UHD TV surely has all the quality of giving a stiff competition to Xiaomi’s Mi LED TV. So, watch this space for a more detailed review.