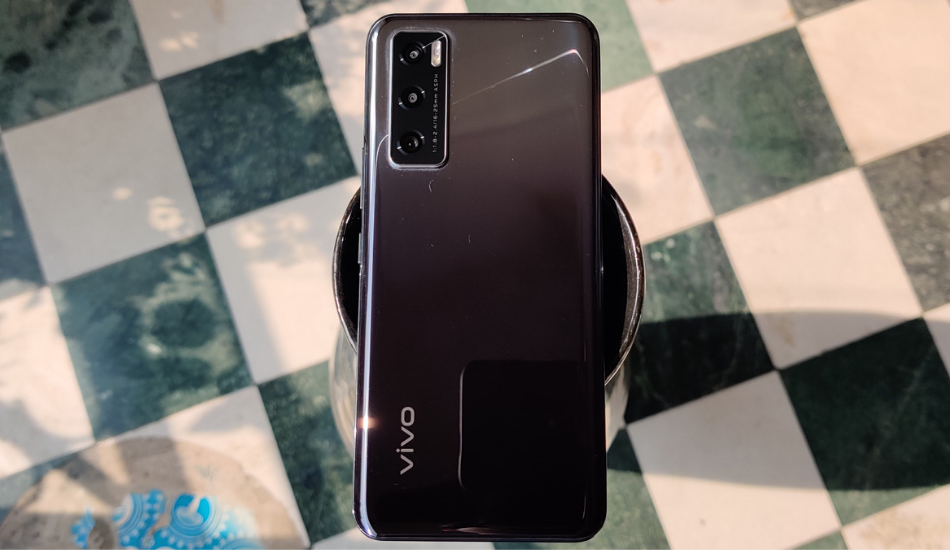 Vivo released a new smartphone called Vivo V20 SE which acts as a smaller brother to the Vivo 20. Both the devices have a price difference of Rs 4,000 but is the cheaper V20 SE worth it?

Vivo has been on a roll with its new mid-range smartphones. One such smartphone is the Vivo V20 SE that comes as a toned down version of the Vivo V20 which we reviewed recently.

Now, there’s a Rs 4,000 difference between the two devices and the V20 SE does lose out on many aspects when compared to the V20. But assuming that a buyer can shell out Rs 21,000 for a device, he/she can put in some more and buy the better one which is the V20. The question that arises here is that why was this device needed.

Even if Vivo is trying to capture a more wider user base by offering a device that is Rs 4,000 cheaper than the better one, the device doesn’t hold up its value when it comes to the software department and doesn’t feel like a Rs 21,000 device. Let’s take a look. 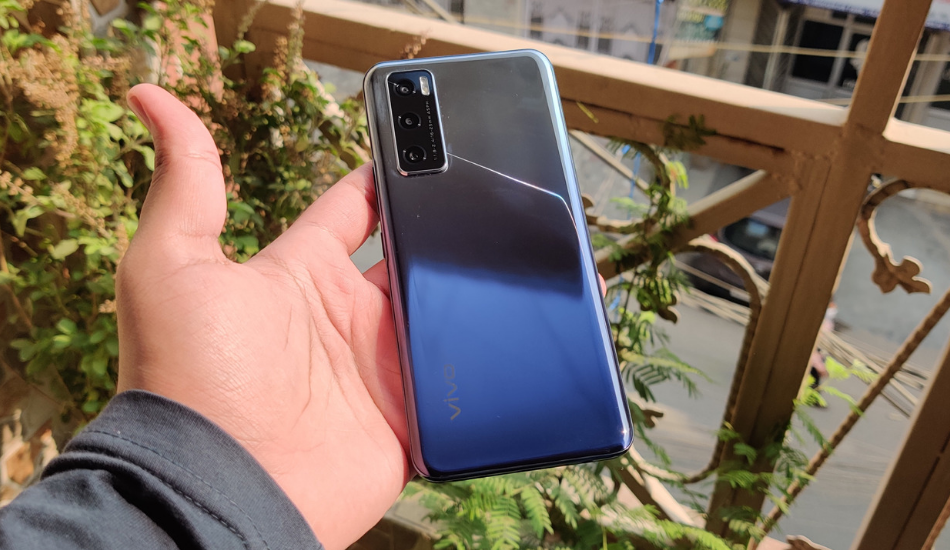 The Design of the Vivo V20 SE is quite different from that of Vivo V20. While the V20 has a flatter back panel, we have a curved glass panel on the back of V20 SE which is a super fingerprint magnet. The device looks super good with a unique grey-ish black colour but the amount of fingerprints it attracts is insane. 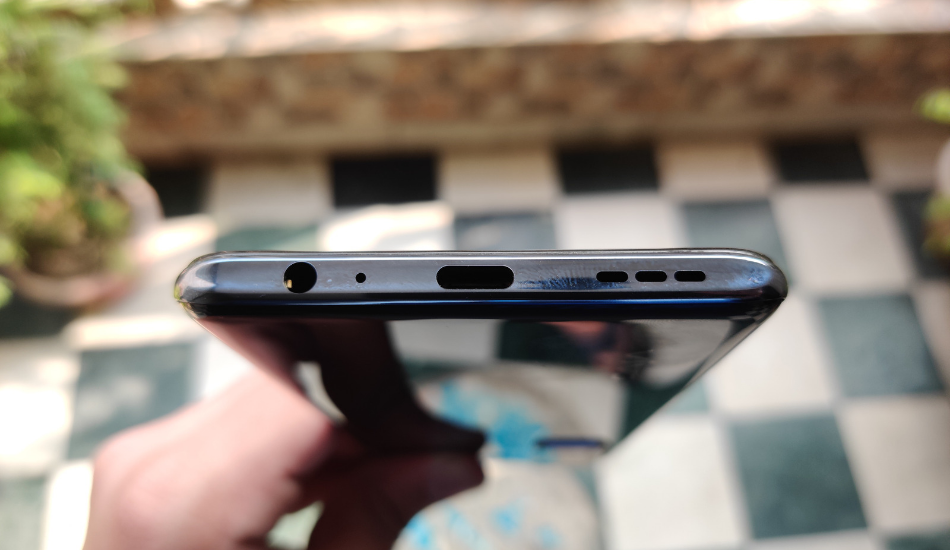 We have the power button and volume rocker on the right, a speaker, Type-C port and a mic on the bottom while the left and the top remain plain without any buttons or ports. On the front, we have an in-display fingerprint scanner which worked fine and a front camera on top housed in a water-drop styled notch. 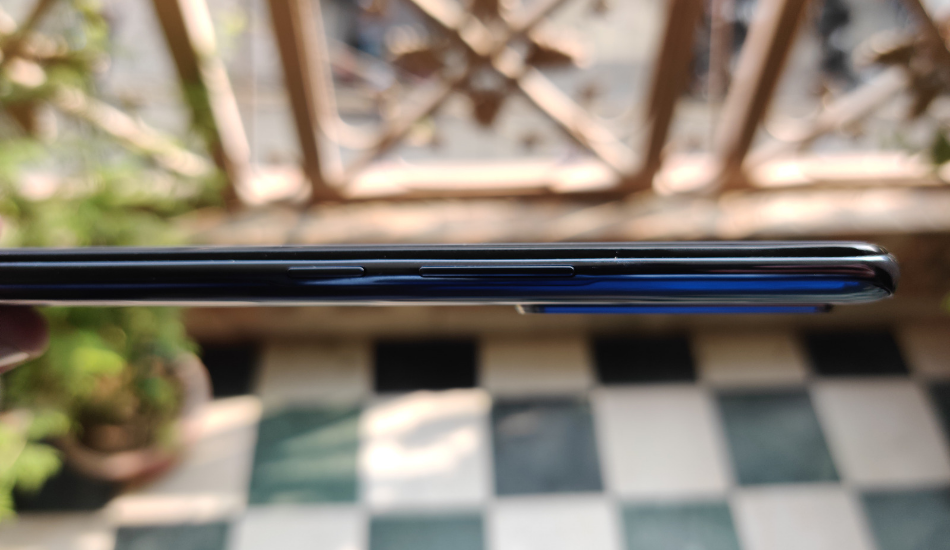 The phone definitely feels premium in hand. It has a very sleek profile and doesn’t weigh heavy at all. Vivo nailed it with V20’s design and the same applies here with V20 SE. 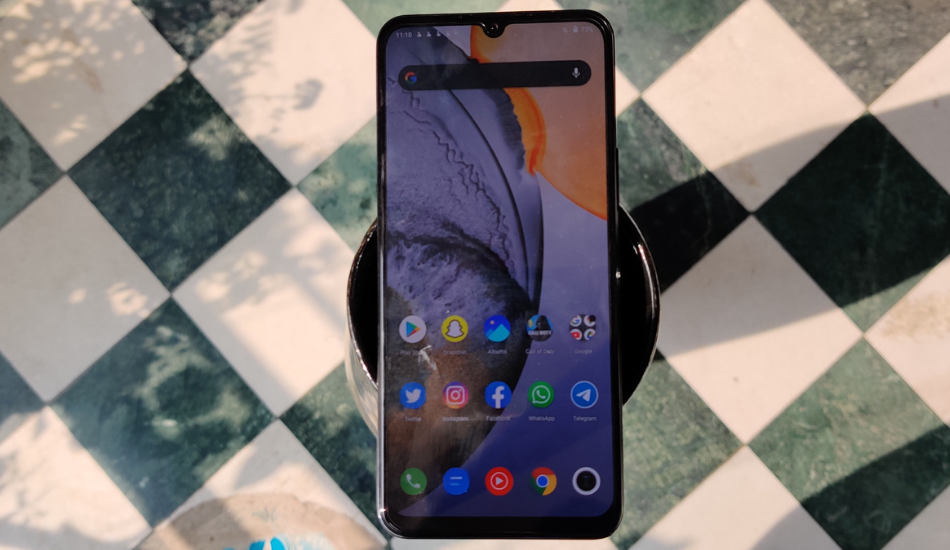 The 6.44-inch Full HD+ 60Hz AMOLED display on the front is very similar to the one on V20. I didn’t notice any colour difference between the two and both of them looked really nice with good colour saturation and crispiness.

Outdoor readability in direct sunlight was great but I did miss the 90Hz refresh rate as it is becoming a standard feature even in phones that are priced less than the V20 SE. At this price, Vivo should have provided a higher refresh rate but apart from that, the display looks super.

The Vivo V20 SE is powered by the Qualcomm Snapdragon 665 which is more than an year old chip. It has 8GB of RAM and 128GB of Storage expandable upto 1TB using a MicroSD card. The phone runs on FunTouch OS 11 based on Android 10.

Here comes the disappointing part. The Vivo V20 runs on the same version of FunTouch OS but it is based on Android 11. For some reason, the V20 SE’s software is based on Android 10. In my opinion, it may have been something related to the optimization of the software for a processor that was launched in April of 2019. 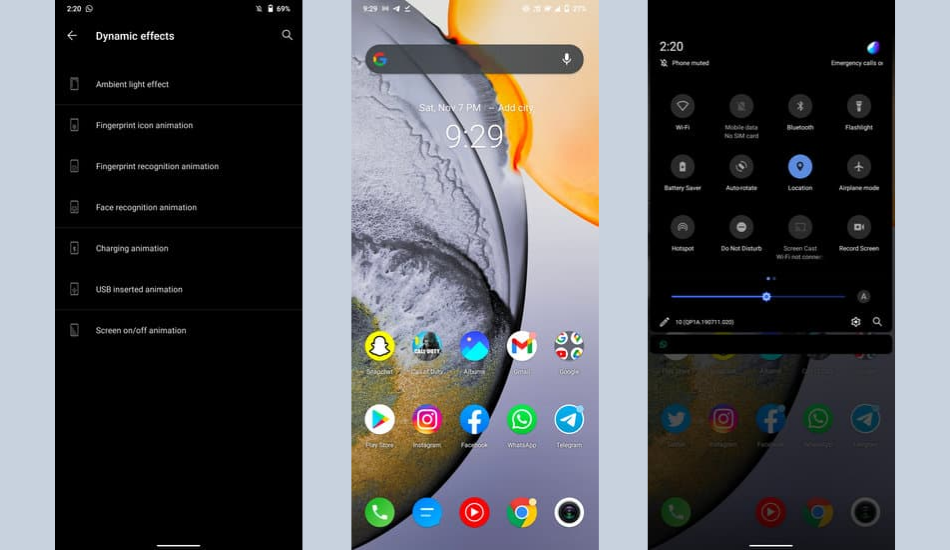 Giving Vivo a benefit of doubt, it still doesn’t make up things for them. The FunTouch OS 11 is feature packed for sure including gestures, animation customization, etc, but it lags while performing. I could notice lags even in day-to-day tasks like opening apps and switching between them. The animations also weren’t fluid at all.

While reviewing the Vivo V20, we found some similar issues with animations but it never lagged the way V20 SE did.

For instance, I unlocked the device and it started stuttering to a point where I had to restart the phone to make it usable. The software on the V20 SE is definitely not optimized. Even the UI elements in some apps overlap each other which is definitely categorised as a bug. You can take a look at the issue in the image below. 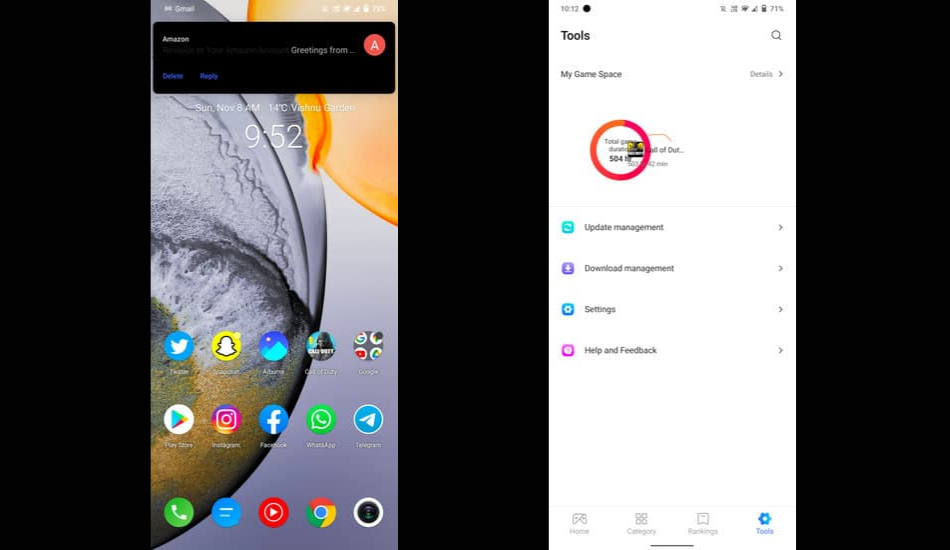 Talking about Call Quality, the other person could hear me clearly and the voice of the other person was loud and clear on my end. The Vivo V20 SE also supports dual-band Wi-Fi and with 5ghz band, the device achieved maximum speeds which were available and I didn’t face any problems with it.

The Vivo V20 SE is backed by a 4100mAh battery which supports 33W fast charging. The battery backup of the device is one of the few things that stands in its favour. 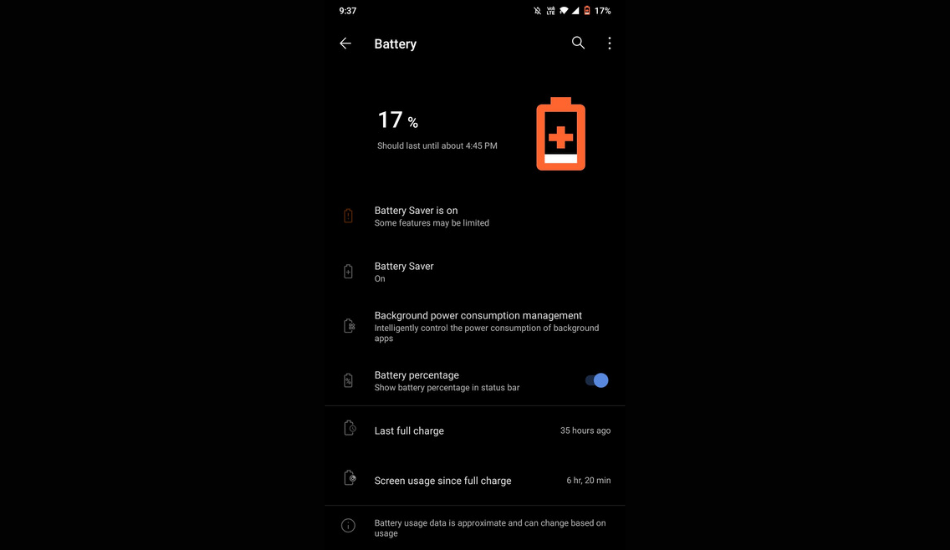 The phone lasted me more than a day with not so heavy usage with a screen-on time of 6h 20m with 17% still left that could provide me 1 more hour of usage easily or maybe even more. My usage mostly inlcuded browsing and watching videos on YouTube. On heavy days, the device gave similar stats and can easily last a day.

The V20 SE took about 56 minutes to charge from 17% to 100% which is good in my opinion. The device can charge pretty quickly if you need it urgently in the near future. 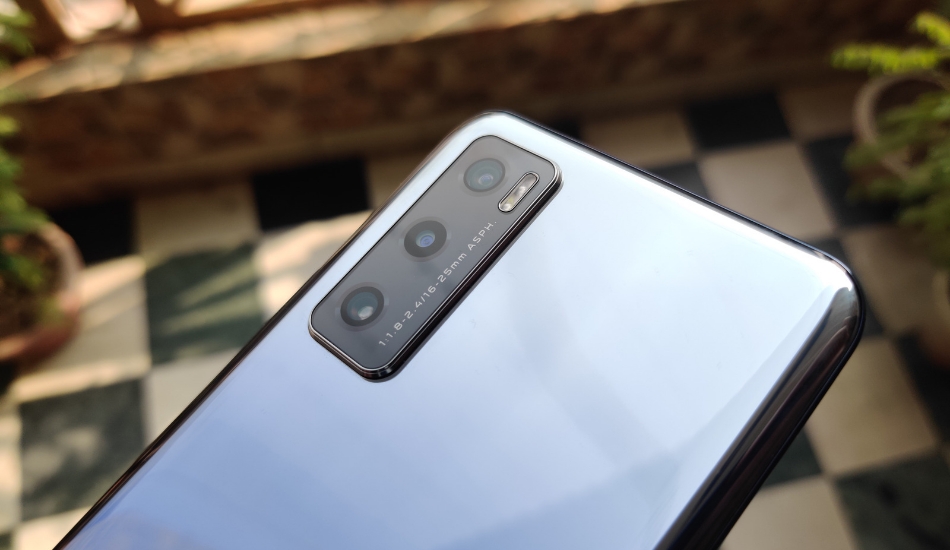 You get a bunch of features within the camera app such as filters, posture detection, selfie features, etc. The UI of the camera application is also pretty simple to use. 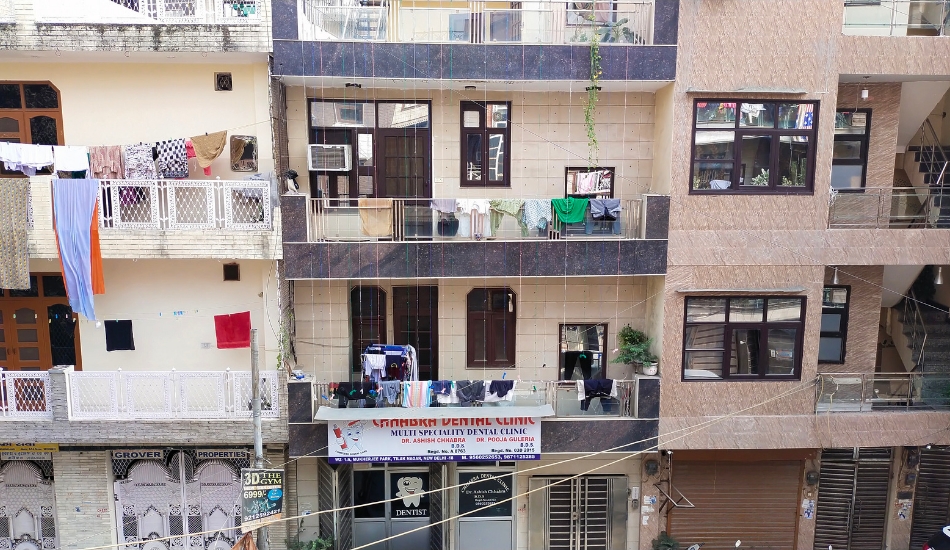 The outdoor shots from the V20 SE came out to be good in terms of colours and dynamic range. They seemed natural and even the detailing of the pictures were clear and sharp. 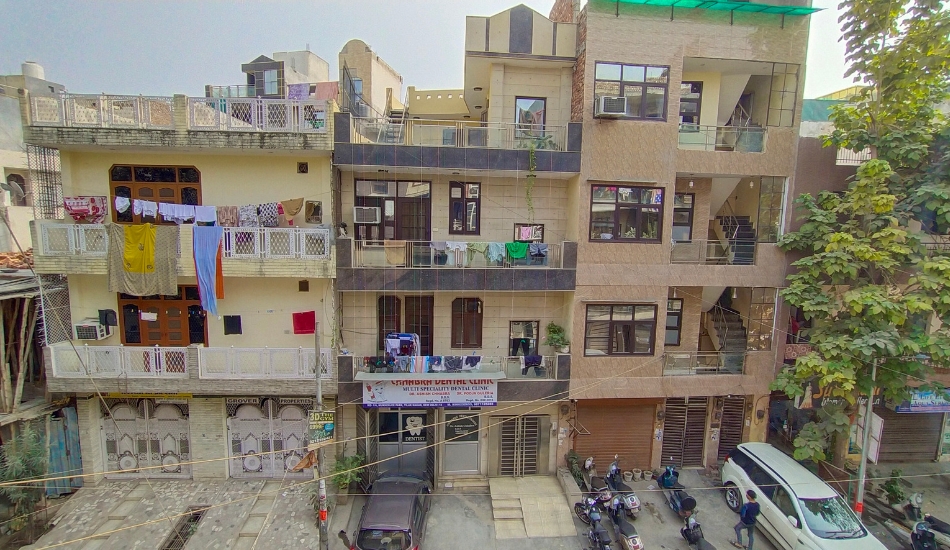 However, when you switch to wide-angle, things start to get a bit weird. There is a very noticeable shift in colours with a yellow-ish tone as you can see above. The details in the image prevail but less than what we got with the primary sensor. The colours lose their natural tone and the picture looks a bit soft. This is something that can be fixed with an update but we’ll have to wait for that. 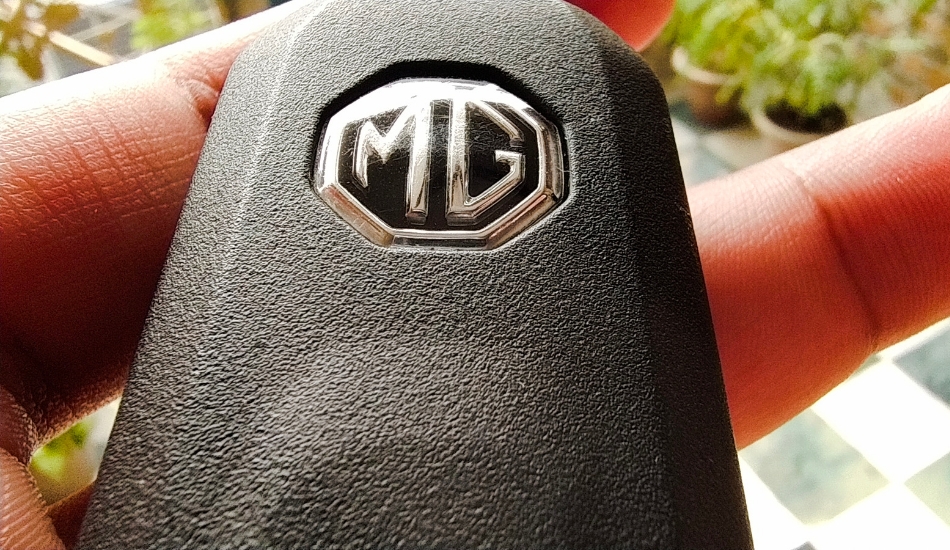 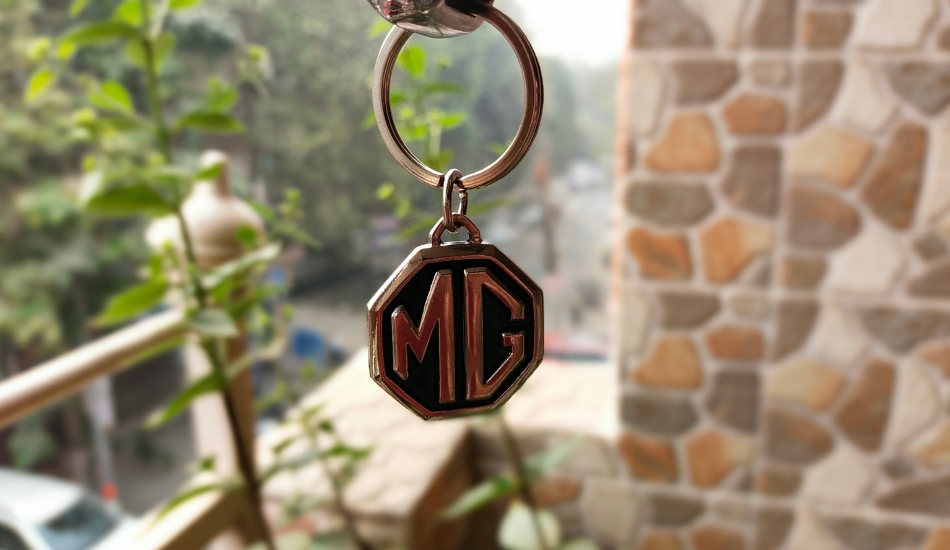 Talking about Macro and Portrait shots, the detailing of the picture was super good. The picture came out to be sharp with good colour saturation and edge detection. 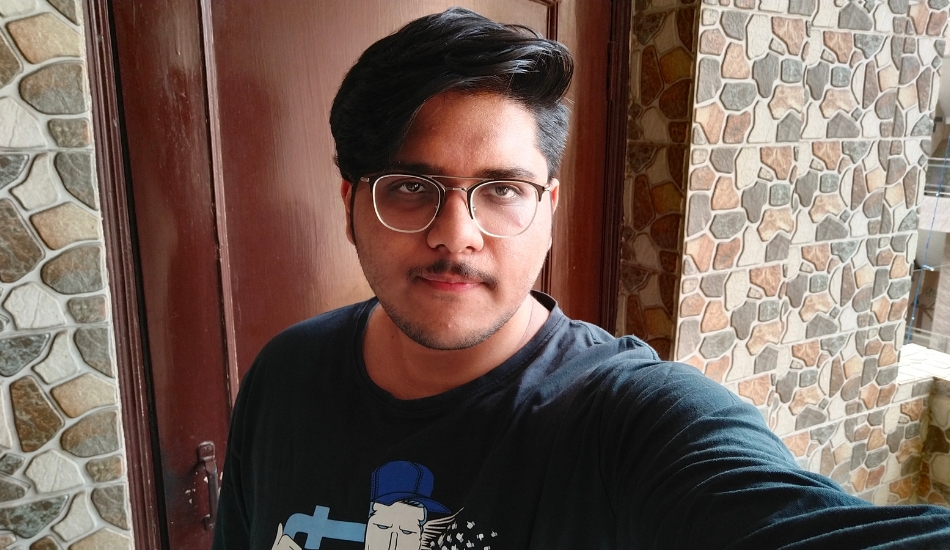 The selfie shots were also nicely detailed with good colours but the image overall was over saturated in my opinion. To double check, I verified if all the beauty modes were off and they were. 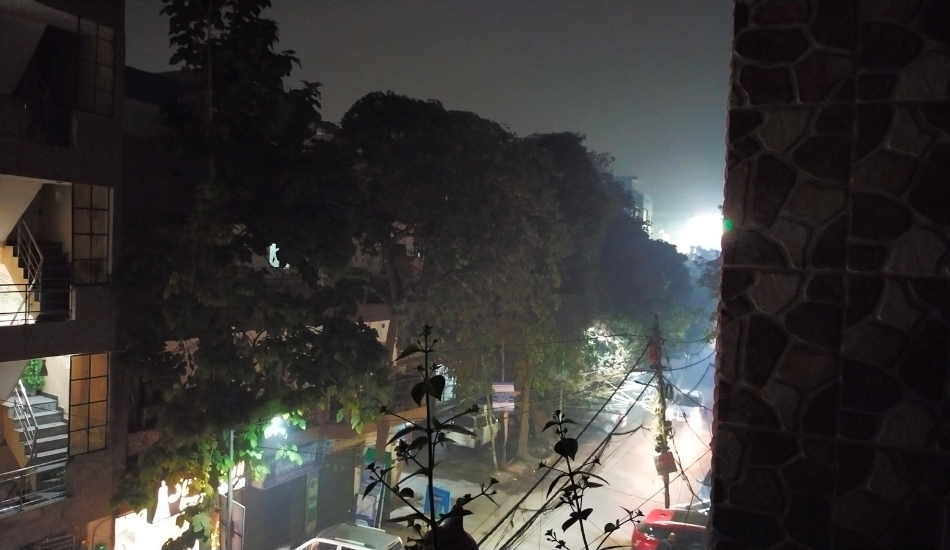 When clicking with night mode ON, it didn’t seem to make much of a difference if I clicked a picture with the mode OFF. The night shots with Night Mode ON were average. You can’t expect much detailing in the sample and it looked to be soft.

The V20 SE seems to be an average device with decent cameras, good battery life and looks in front of Vivo V20. But the performance just seems to disappoint.