Tecno Camon 15 Pro Review: Is it worth buying?

Does Tecno Camon 15 Pro do an impressive job? Let’s find out.

Tecno recently launched Camon 15 Pro in India for Rs 14,999. The Tecno Camon 15 Pro is available in Ice Jadeite and Opal White colour options. The phone is available for purchase from 35,000+ offline retail stores and the company is offering a free wireless speaker worth Rs 3,499 with the smartphone as well. With this, the company is trying to eye customers from offline markets.

The phone is a first from Tecno to feature a 32MP AI pop-up selfie camera, although we have already seen a bunch of such other smartphones from various smartphone brands like Xiaomi, Realme, Honor, Vivo and Oppo. The company has left no stones unturned in terms of design and other specifications. However, does it do an impressive job? Let’s find out.

The Tecno Camon 15 Pro offers a polycarbonate plastic glossy finish at the back panel with lining pattern making it quite attractive. We got the Ice Jadeite colour option for review and it surely looks gorgeous and gives you a premium feel when you hold it in your hand. The phone can be said as one of the most distinct-looking smartphone from the company stable. The front has complete bezel-less display with a slight chin at the bottom. The curved edges allow the phone to easily fit in your hands, but we found the phone to be a bit heavy. 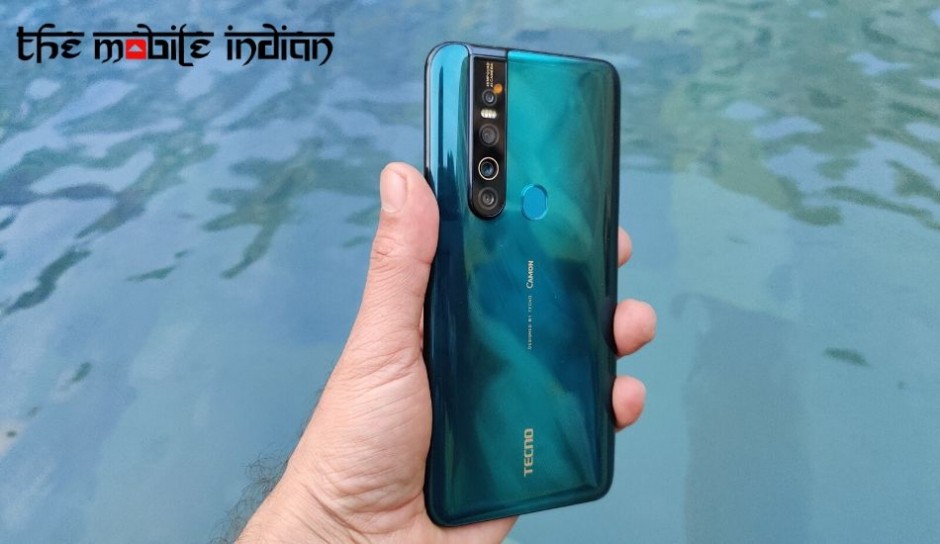 The back is made of glass, which also means that it will attract a lot of fingerprints and smudges, but thankfully, the company is giving you a protective case with the smartphone.

The Tecno Camon 15 Pro comes with a 6.53-inch Full HD+ Full View display with a screen resolution of 2340 x 1080 pixels and 91.2 per cent screen-to-body ratio. The phone does not feature any notch as it comes up with a pop-up selfie camera. Overall, the phone features good viewing angles. It comes with good outdoor visibility as texts are easily readable in daylight condition, all thanks to the 480nits brightness.

Coming to the hardware, Tecno Camon 15 Pro is powered by a 2.35 GHz Octa-Core MediaTek Helio P35 Processor. It is backed by a 6GB of RAM and 128GB of internal storage with an option to expand the storage up to 256GB via microSD card slot. The processor is not so powerful but it is decent in terms of performance. During our testing period, we did not notice any lag or shutter. Apps were quick to open and multitasking was not an issue with this phone. 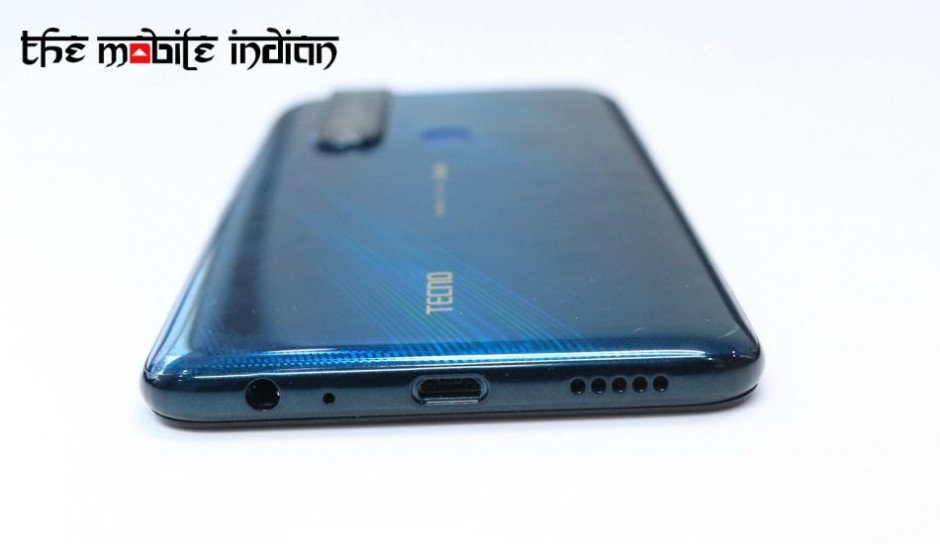 On the gaming front, we were able to play all the casual games on the phone but when it comes to playing high-graphics games like PUBG Mobile, the device was not able to handle it on high graphics settings. However, these games can be played on mid or low graphics settings.

On the software front, it runs on HiOS 6.0.1, which is based on Android 10 which is a god thing offered by the company. The company has given an option to choose between on-screen navigation buttons and gesture-based controls. The user interface is smooth to operate and also comes with an app drawer support. But sadly it comes with a host of bloatware. You have the usual suite of Google apps, plus Facebook, Facebook Messenger, Instagram and games like Real football and puzzle pets which all can be uninstalled. 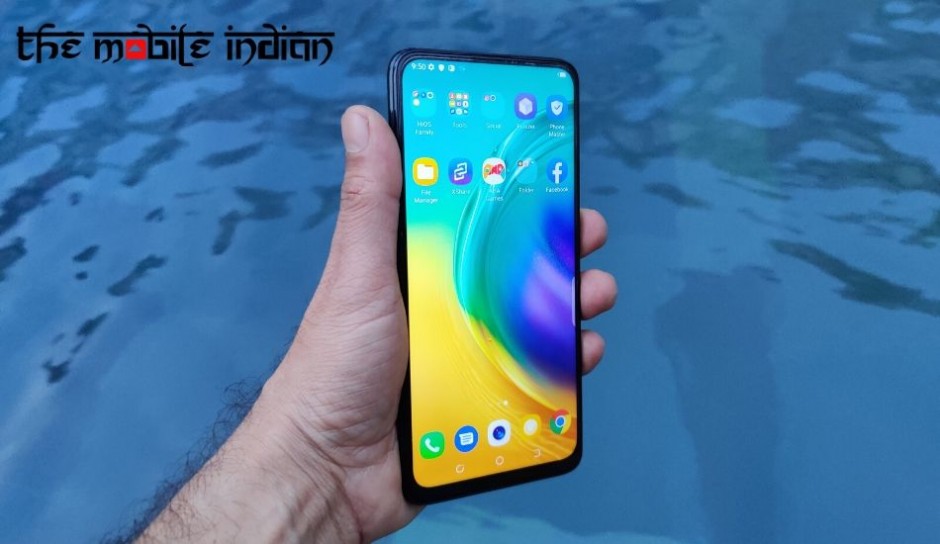 HiOS also supports gestures which allow you to do a three-finger swipe to take a screenshot. There's an app called Carlcare for service support and PHX Browser which can not be uninstalled but can be disabled. Then there is Phone Master which boost the phone's performance by letting you delete junk files and clear RAM.

Tecno Camon 15 Pro is the first device from Tecno in India to feature a pop-up selfie mechanism. The company has added a light on the mechanism, which lit when the camera pop-up or goes down with sound. The device features a 32-megapixel pop-up AI Selfie camera. The front camera comes with different modes, such as beauty, AI shot, super night, and wide selfie. 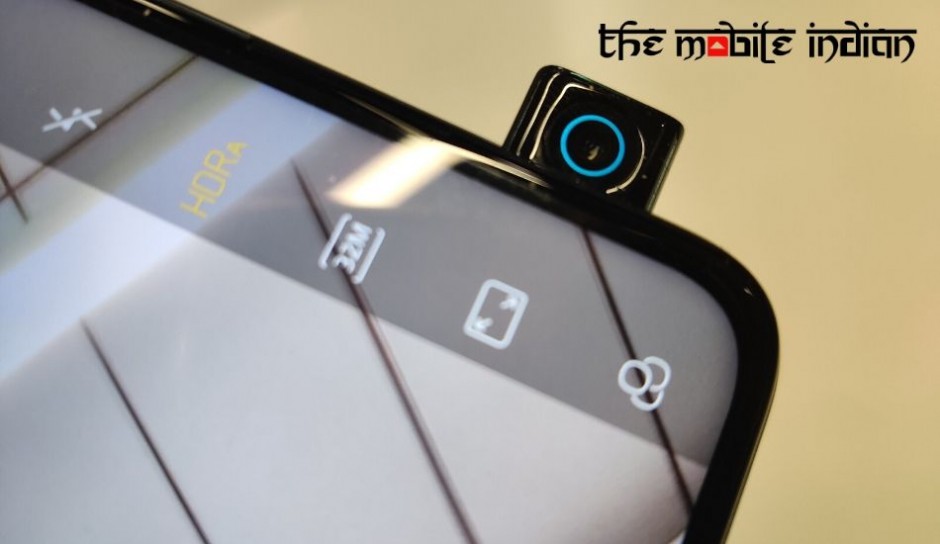 In our review period, we found that the phone is able to take good camera shots with detailing to the point. The subject and background colours are very well maintained by the camera and you won't feel oversaturated and overexposed colours in the images. In the portrait shots, edge detection is well handled by the camera. The phone is able to take very good macro shots and wide-angle shots as well with accurate colours and good detailing. We were impressed by macro shots as the detailing was on point. It focusses the object very fast for taking macro shots and the colour reproduction came out to be pretty close to the source. So, we found the camera of this phone impressive at this price point. 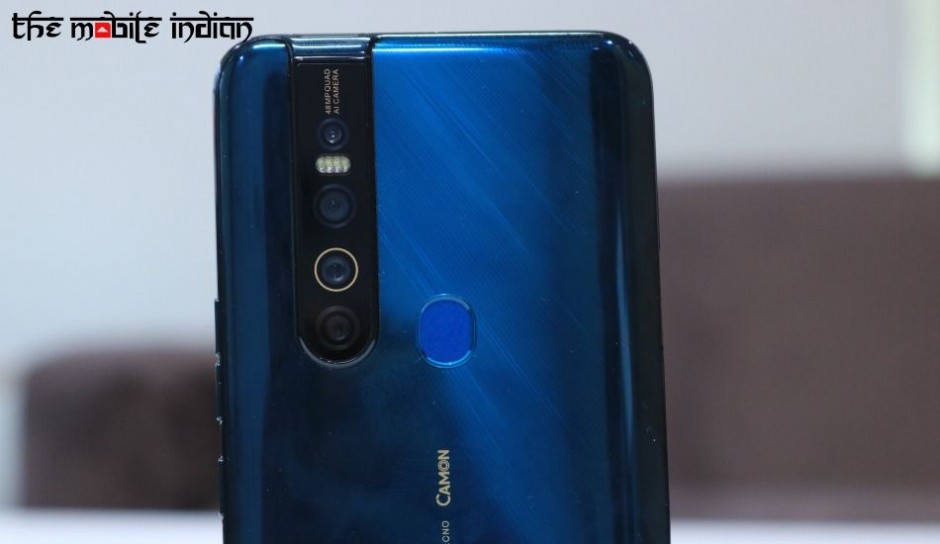 You can shoot with this phone using wide-angle camera lens as well but the videos will come out to be shaky. The phone also allows you to shoot short videos which you can use for TikTok.

The selfie performance is also quite decent in this smartphone. The front camera is also able to take good photos in terms of colours, be it normal selfies or portrait shots. For low light conditions, you can use Super Night mode in both rear and front camera for taking good pictures at night. It does a slightly better job in increasing the brightness, though the overall image quality is not that impressive. The selfie performance in low light is average in our opinion.

On the battery front, the Tecno Camon 15 Pro is backed by a 4000mAh battery with a 10W charger. During our review period, we noticed that the phone lasted for more than one day under normal usage. Our usage included streaming music, watching videos, taking calls, surfing internet, checking emails and playing some games. 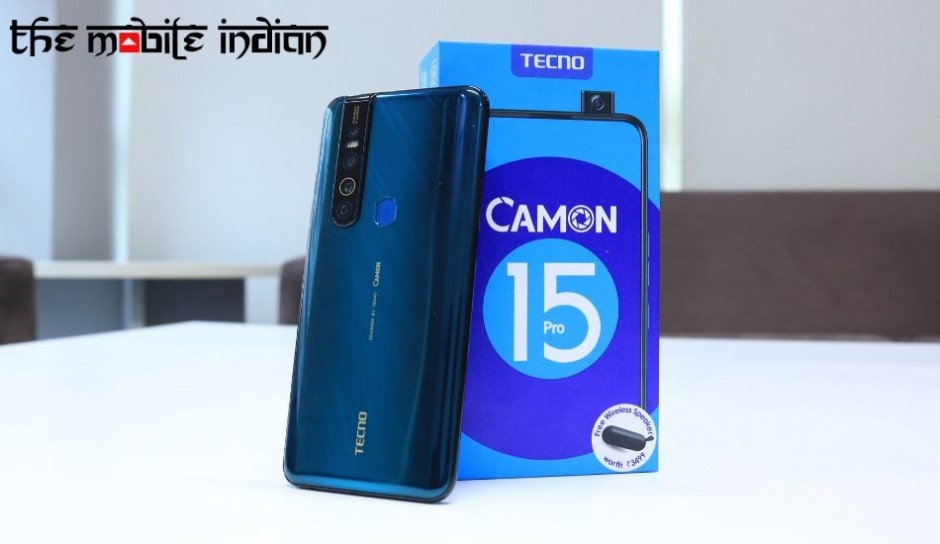 The phone manages to last till the end of the day. Coming to the charging speed, it takes almost 2 hours to get fully charged. At a time when most of the competition is now favouring USB Type-C port, Tecno is offering micro USB with this phone.

Tecno Camon 15 Pro can be called as one of the best-designed smartphones from the company. The gradient finish gives a premium look and the display looks immersive. In terms of performance, you will not face any trouble, though the user interface is still loaded with a noticeable amount of bloatware. The cameras look impressive. This one can be a value for money smartphone if your priority is camera for buying a smartphone in the offline market. As for the competition is concerned, the smartphone will have a tough competition with recently launched Samsung Galaxy M30s (Rs 14,999) and other pop-up selfies phones like Honor 9X (Rs 13,999) and Realme X (Rs 14,999).