Samsung Galaxy A50s First Impressions: Can it Crush the competition with its design?

Can be the next big thing from Samsung? We spent some time with the device and here are our impressions.

Samsung yesterday announced the launch of its latest mid-range smartphone, the Galaxy A50s, in India. The smartphone comes with a price tags if Rs 22,999 for 4GB + 128GB variant, while the 6GB RAM + 128GB internal storage option is priced at Rs 24,999.

With this, the company has made some needed changes in the Galaxy A50s making it an interesting proposition. The phone now comes with a completely new Prism Crush finish along with 48MP triple cameras And updated hardware. So, can be the next big thing from Samsung? We spent some time with the device and here are our impressions. 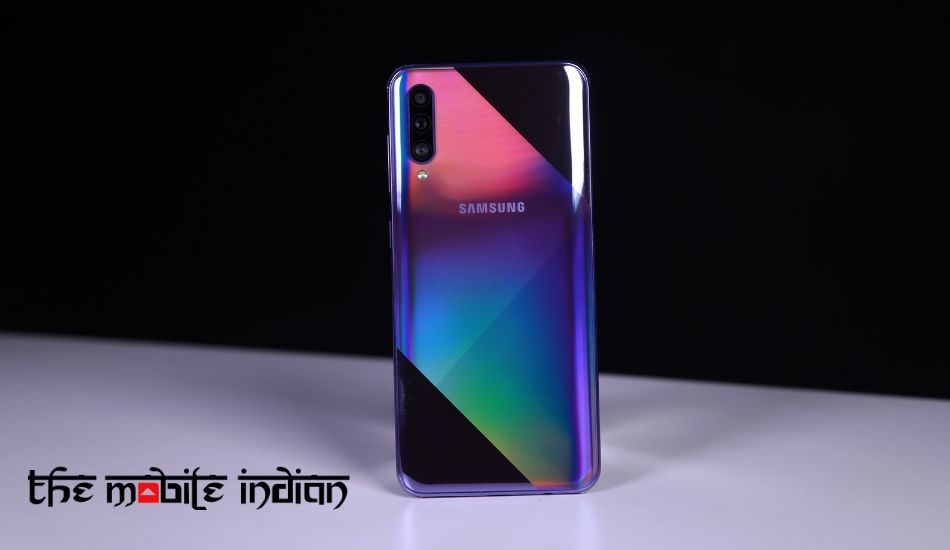 Talking about some key ports placement, the front features Infinity-U display with minimal bezels around the edges. The right side is loaded with volume controls and power on/off buttons, while the left houses dual-SIM slot. The base comes equipped with a 3.5mm audio jack, USB Type-C port and speaker grille. Overall, it is safe to say that this is one of the best-designed smartphones from Samsung. However, you will still end up putting into a cover, Right? 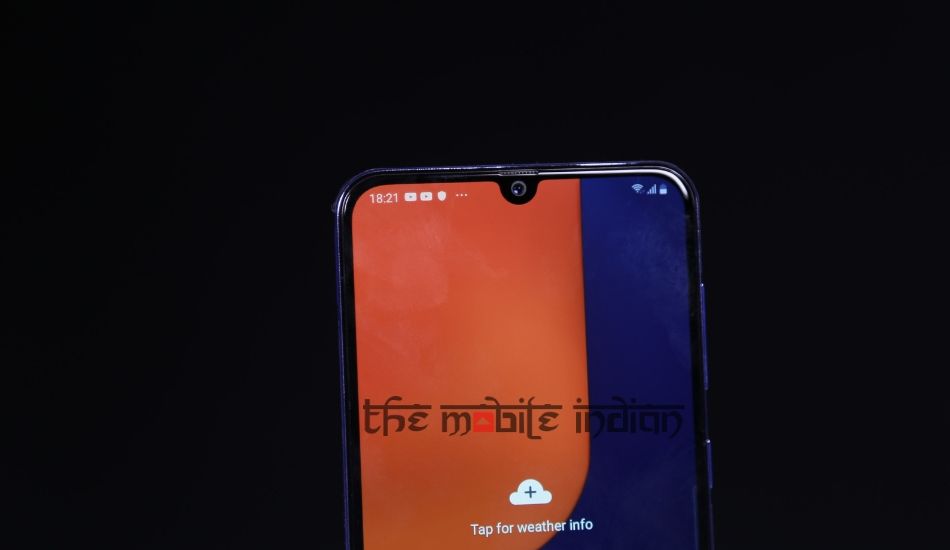 Coming to display, the Galaxy A50s features 6.4-inch Full HD+ Super AMOLED display with a screen resolution 2340 x 1080 pixels. Samsung is known for making pretty good displays in the Industry and the one used here is one of those. The screen delivers some decent colour reproduction and viewing angles are good as well. We quite liked the display of the Galaxy A50s, though we find it a bit reflective in nature.

On the hardware front, the smartphone is powered by an octa-core Samsung Exynos 9611 processor along with up to 6GB of RAM and 128GB of internal storage. The memory can be further expanded up to 512GB via microSD card slot. Although it is too early to comment on the performance of the Galaxy A50s, looking at the specs sheet, it is certain that it will be facing a neck-to-neck competition with the likes of Xiaomi Redmi K20, Vivo V15 Pro, Honor View 20 and more. 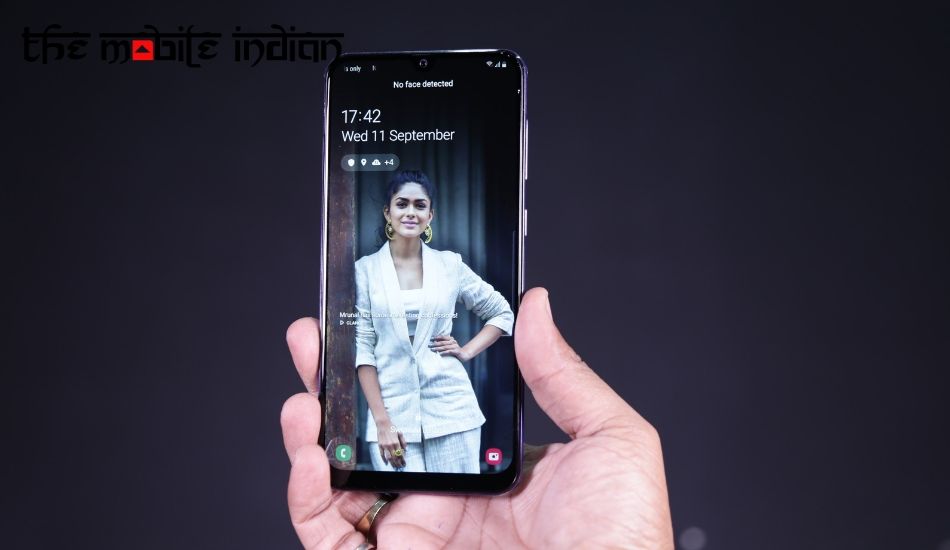 On the software front, the phone runs on Android 9.0 Pie based on OneUI. The user interface is similar to what we have seen in other Samsung smartphones. You get an app drawer coupled with gesture-based navigation controls. The user interface is now more refined as compared to the previous generations and it comes with some interesting customisation options. 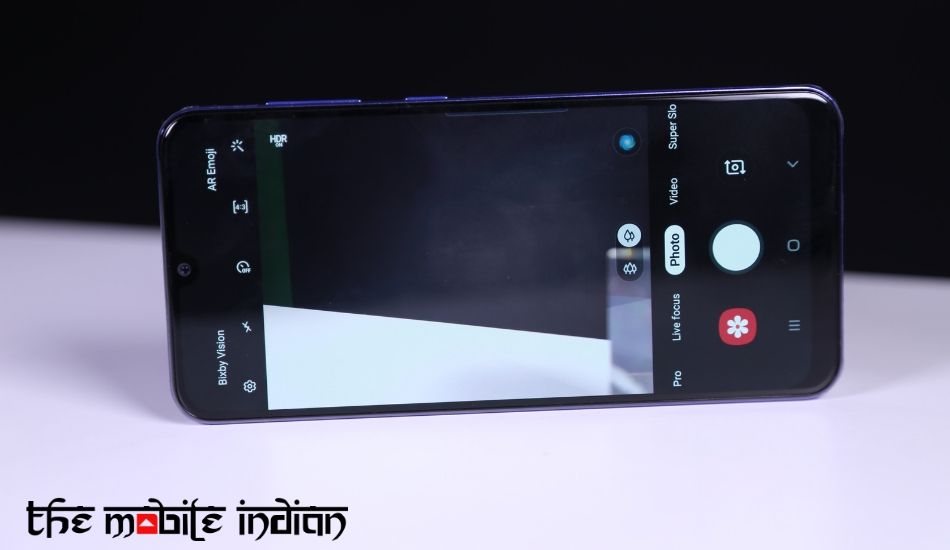 Starting right off with the camera modes, you get Photo, Videos, Super Slow Motion, Slow Motion, Hyperlapse, Live Focus, Pro, Panorama, Night and Food. We clicked some photos in low light conditions and found out that the sensor taking a bit too much light, which sometimes spoils the picture and it took some time to focus on macro subjects. The daylight shots came out to be pretty much decent and selfie performance seems to be quite interesting. We will talk more about this in our upcoming review. 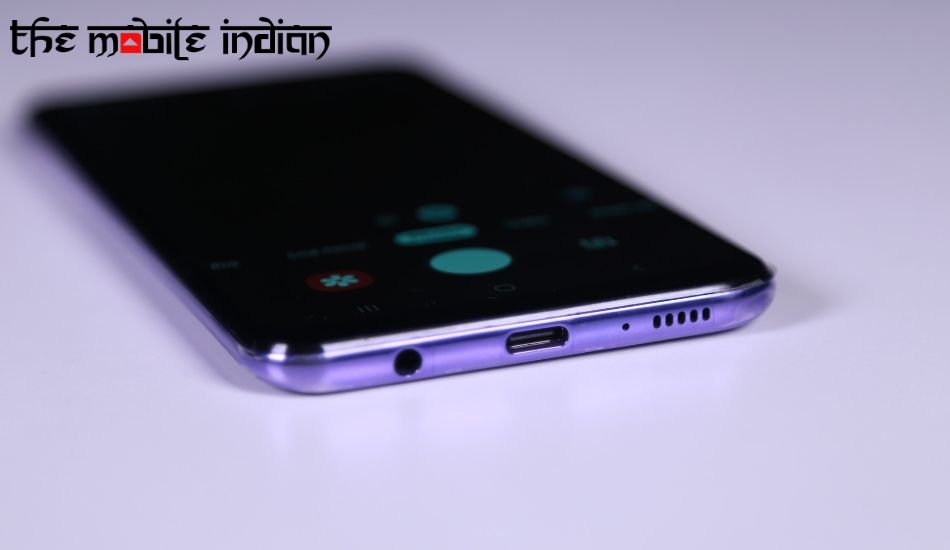 On the battery front, the smartphone is loaded with a 4000mAh battery with 15W fast charging support. The phone might give you one day of battery backup under restricted use, though we haven't tested the battery performance yet. So, we suggest you hold your horses for the review to find out more on the battery front. Connectivity options include Dual 4G VoLTE, Wi-Fi 802.11 ac, Bluetooth 5, GPS, GLONASS, USB Type C port, 3.5mm audio jack, NFC and FM Radio. The phone measures 158.5 x 74.5 x 7.7mm and weighs 166 grams.

The Samsung Galaxy A50s is probably one of the most 'hatke' designed smartphones from Samsung. Some might instantly feel attracted to its design and some might be confused with it. The display to the point, though the camera performance in low light seems to be an issue here. Overall, if you ask for the competition, it will go against the likes of Xiaomi Redmi K20, Vivo V15 Pro and more.