iBall Andi 4a Projector with portable projection powerhouse may look like an average device but delivers more with a slight room for improvement.

The Indian market pours in a good number of handsets every month but only few carry a really distinct feature. Last month, iBall introduced the Andi 4a Projector smartphone in India at a market price of Rs 17,999. The new iBall Andi 4a Projector is not one of a kind, but certainly makes a big claim to trump another big brand projector phone – Samsung Galaxy Beam. Also, iBall has become the first one to launch a 35 lumens projector bearing smartphone.

In all fairness, there is not much one can play around with in design, when it comes to an entry-level or mid-range smartphone. However, iBall has taken up the challenge to integrate a 35 Lumens projector in a smartphone with Google Android software running on it. In sleep mode the iBall Andi 4a Projector joins the crowd of similar looking devices with curved corners and a flat front look. 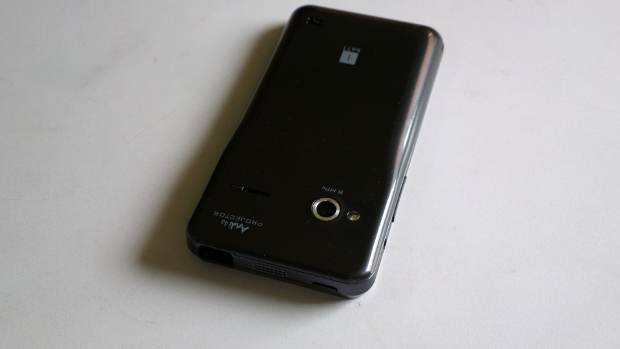 While the Projector is the main feature of this device, iBall decided to place the dedicated projector switch as a capacitive button on the display. A dedicated button on the side or on on top of the device would make more sense for ease the access. At the back lies an 8 megapixel camera with LED flash next to it. Around the lower part of the back there is a speaker out. The plastic back panel is easily removeable. 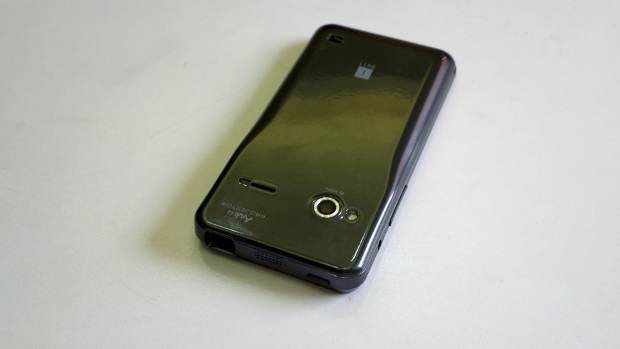 Andi 4a Projector is quite a bulky device, measuring 12.5 mm in thickness and weighing approximately 145 grams. Though it is comfortable to hold, iBall has offered a tripod stand, a mount and a holder to place the phone for projection. The Andi 4a Projector has a glossy finish. That raises the risk of it slipping out of the hand and also turns it into a fingerprint magnet.

The iBall Andi 4a Projector is thankfully not a large device but it packs a 4 inch TFT LCD display. Packing a 4 inch IPS Panel, the Projector offers great viewing angles indoors. However, the legibility of the screen is not that great when used outdoors in bright sunlight. The display has 480 x 800 pixel resolution with the crispness of 233 pixel per inch. In a way, it reminds us of the arrival of 4 inch WVGA resolution Android smartphones two years ago. The display certainly looks great when compared to other large screen, low resolution devices.

The iBall Andi 4a Projector phone boasts of packing a 35 lumens projector. This small projector is capable of showing visuals with nice clarity and 1200:1 contrast ratio. However, the only condition to enjoy this smartphone’s projection is in a completely dark environment. Only then can one really see the potential of the small projector packed inside. To start the projection, one has to hold the projector icon key on the right corner for five seconds. 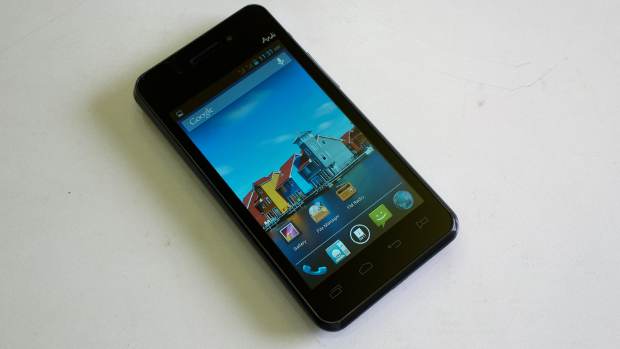 Since the projector is the chief feature, we tested the projection and watched two 720p HD quality Bollywood movies. In a completely dark room, the Andi 4a Projector was placed on the mount over the tripod that comes with the bundle. The phone lasted for just about four hours on a single charge and it was naturally a bit hot due to continuous projection. There is a small scroll key on the top left side to adjust the focus of the projection. Our only issue was that this scroll key was quite soft and got pushed inside a bit. So adjusting the focus was a bit of work, and hence we recommend that users be very careful with this part of the phone. 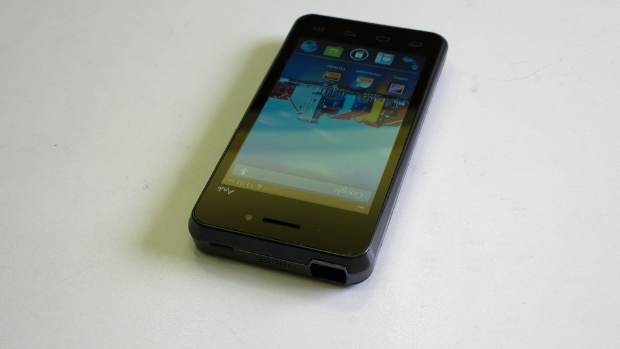 Andi 4a Projector is powered by a dual core 1 GHz MediaTek MT6577 mobile chipset paired with PowerVR SGX 531 graphics chip. This combination is placed with a mere 512 MB RAM, which we believe to be too less for such a device-at least 1 GB would drive a great experience. That also makes it difficult for the phone to compete with other Android phones bearing 1 GB RAM in the similar price range. 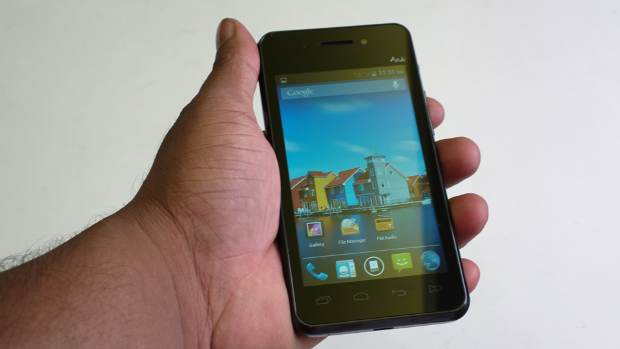 The extra 512 MB would have really helped the user get dirty with the smooth multi-tasking, and would let him install several themes on the phone’s apps. The smartphone runs Android 4.1.1 Jelly Bean update customized just a bit. The dedicated Projection app acts as a pop-up button to switch off/on the projection.

Packing only 4 GB on-board storage, the user gets about 2.05 GB of actually usable memory. There is a memory card slot to add a higher capacity micro SD card to load it with movies and multimedia. This slot is located under the back panel along with the dual SIM slot and battery.

We were quite impressed with the quality and run time of the projector. Even after an hour, there was hardly any alarming heat dissipated from the back panel of the phone. The phone’s interface works fine. However, there is fairly noticeable lag in responsiveness of the display to touch. The display can handle multi-touch and can run most games comfortably. Note that we aren’t talking about CPU and RAM intensive heavy games. The projection is fine but there is always room for improvement with a better graphics chip and processor to support higher resolution videos. 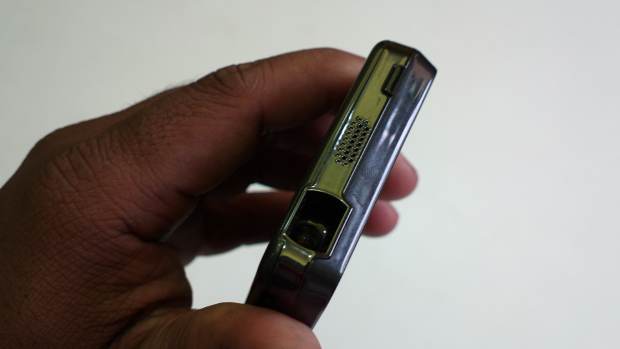 At the rear, the phone packs an 8 megapixel camera with single LED flash. The camera app interface is quite simple and native compared to the one in Android 4.2 Jelly Bean update and higher. The camera app offers different capture modes and an optical zoom slider. Other options include capturing HDR, adjusting the white balance, and also panorama shots. The camera performance was quite average and the phone was capable of recording 720p HD video. The interesting bit is that the video could also be recorded with a time-lapse feature to make it more appealing. 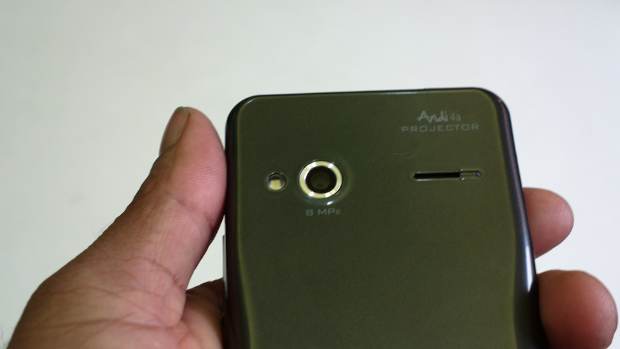 The loudspeaker was fairly loud for waking up with an alarm and funnily it worked while projecting the movie even when audio out was sourced to the music system. Lockscreen notifications and Google Now support are the two amazing features that users can enjoy on this device. Some of the essential features such as Quick Settings were missing in this build and we hope that iBall adds that along with all other goodies, with Android 4.2 Jelly Bean update. 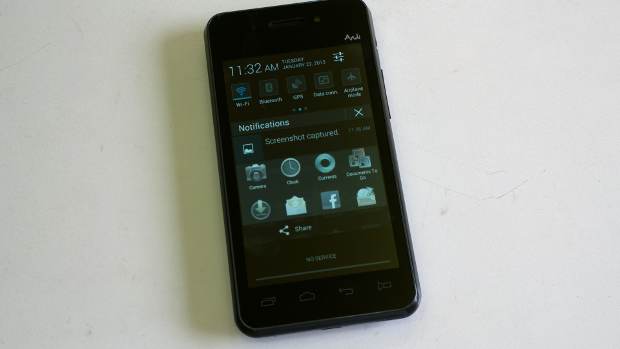 Music app is quite native and did not offer much of a modern look to the device. Solace lies in the Bass Boost option for the music to be heard over headphones. Built-in FM Radio works with the RDS and also offers recording function just in case you wish to record songs. Other features of the smartphone are pretty much vanilla Android 4.1 Jelly Bean. 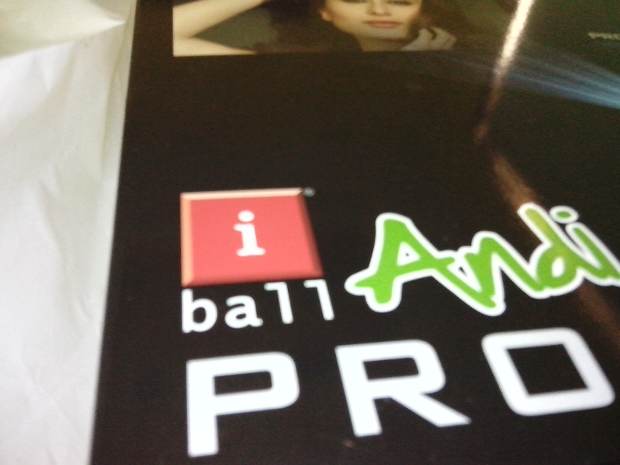 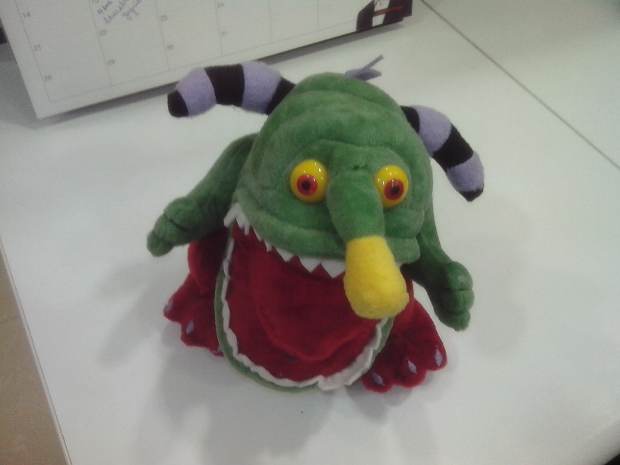 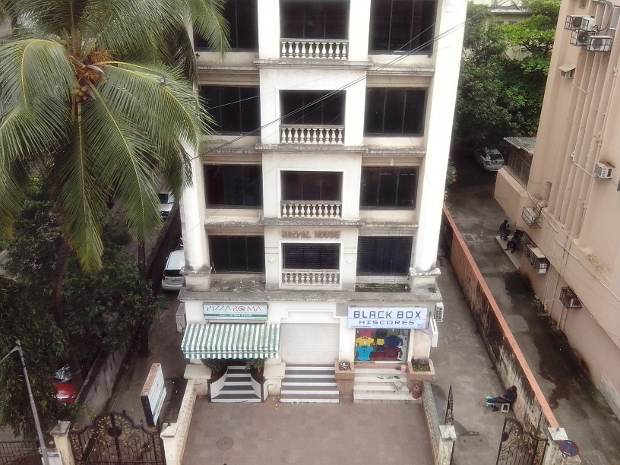 Calling quality was quite decent and it was quite easy to manage a variety of things, like incoming calls, internet and SMS between the SIM modules.

The Andi 4a Projector phone boasts a 35 Lumens projector and packs an average 1500 mAh battery. Only if the company had packed 2000 mAh, the additional bump would have really added to its run time. Since this is a dual SIM smartphone, one can easily get run time of just about a day with one SIM on the device. With 45 minutes of projection along with mobile web access, social media apps usage and calling, the phone lasted for about 18 hours. On heavy usage in dual-SIM configuration while being hooked to a WiFi network, the phone quickly ate away the battery. Though iBall offers Portable Power Packs, the phone really needs a battery bump or power pack bundled along.

The iBall Andi 4a Projector smartphone is a portable projection device with great quality for both: work and entertainment. The Andi 4a Projector was launched at a price of Rs 17, 999 and one can expect a good discount this festive season. Unfortunately, this smartphone can only be compared with other regular Android devices, if the Projector feature is kept aside. 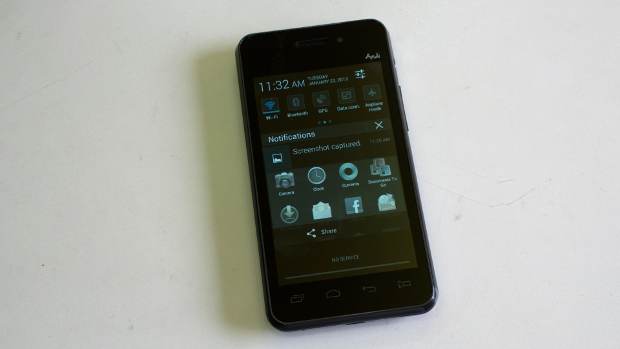 Best pocketable multimedia entertainment device Andi 4a Projector is certainly recommended for people on the move, despite a couple of trade-offs: limited RAM and battery juice.