So, can the upgraded version of the Realme XT be able to prove its worth in the camera department? Let’s find out.

Realme has finally announced an upgraded version of its Realme XT smartphone in India. Dubbed as Realme X2, the smartphone comes with a price tag of Rs and it will be available for purchase on Flipkart.

The latest smartphone Realme offers some interesting camera specifications including 64-megapixel quad-camera setup at the rear. So, can the upgraded version of the Realme XT be able to prove its worth in the camera department? Let’s find out.

Let’s start with the camera review and first talk about the camera user interface. You get the same layout of the camera app of Realme X2  as seen on other Realme smartphones. There are different modes including Video, Photo and Portrait. There is a hamburger menu on the left side and when you tap on it, it displays other options like Ultra 64MP, Nightscape, Pano, Expert, Time-lapse, Slo-Mo and Ultra Macro.

The top side features controls for Flash along with an option to switch on/off HDR, option to open Wide Angle mode, use Chroma Boost, Filters and go to Settings. That said, the camera user interface is quite easy to sue and the modes, which you will use most are displayed quite prominently. 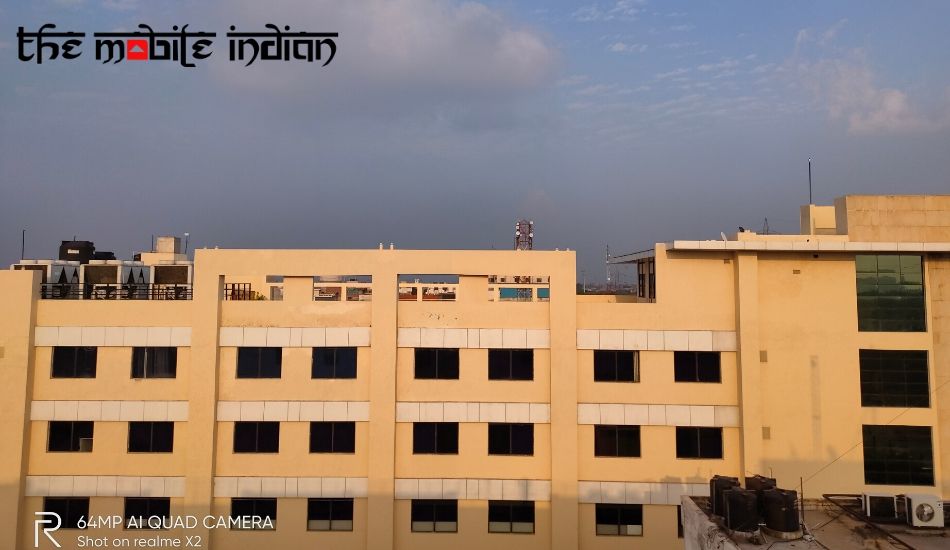 The first photo we were of a building. The photo came out to be crisp and well-detailed. The colour of the sky is close to the source and the colour of the building is to the point. The phone was able to maintain a good dynamic range in this photo. 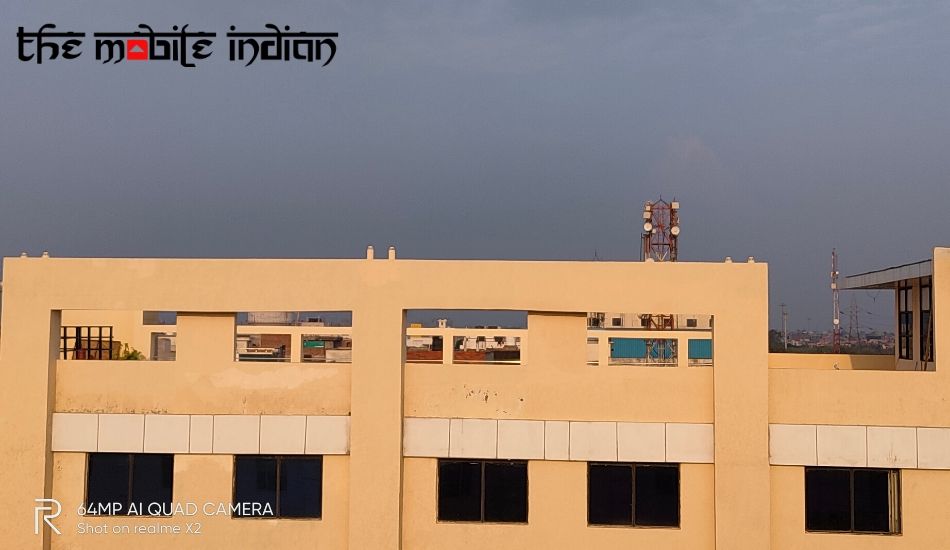 We took the same photo with 2x zoom and the results were good as well. The phone was able to maintain the details and we did not see any change in colour temperature with this photo. When you zoom in, you can see the red and white colours of the tower in the background along with different shapes of the antenna. 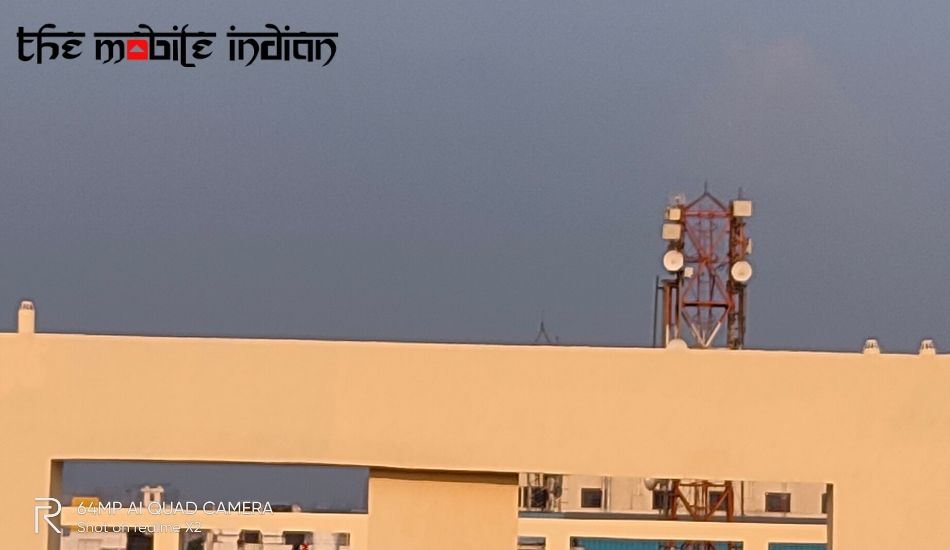 Finally, we took this photo using 5X zoom and we noticed a drop in quality. The tower in the background came out to be softly focused as compared to the other two images. Furthermore, details captured of the buildings were not that great. 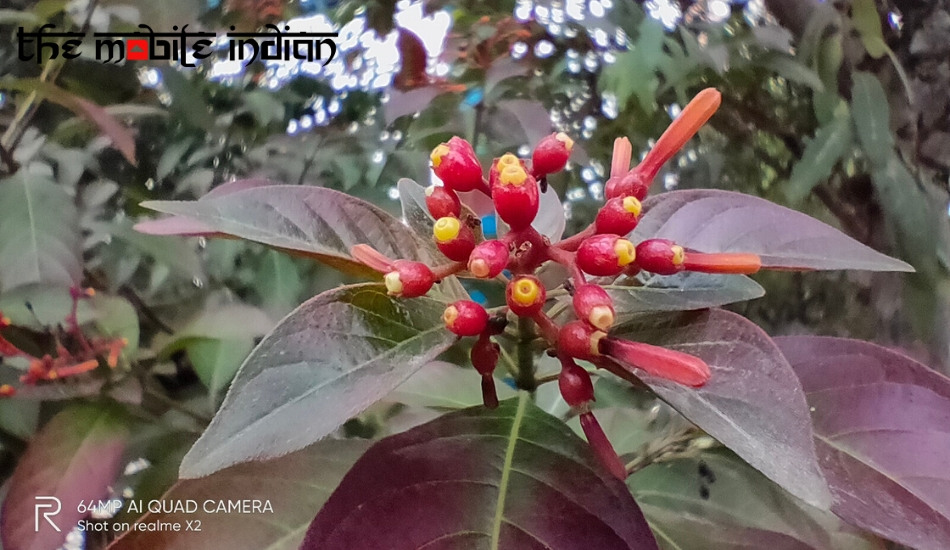 This photo was taken using the Ultra Macro mode on the Realme X2. The results were not that great as the photo lacked some detailing. The subject is focused, but the details are that great, to be honest. The colours seem to be just fine. 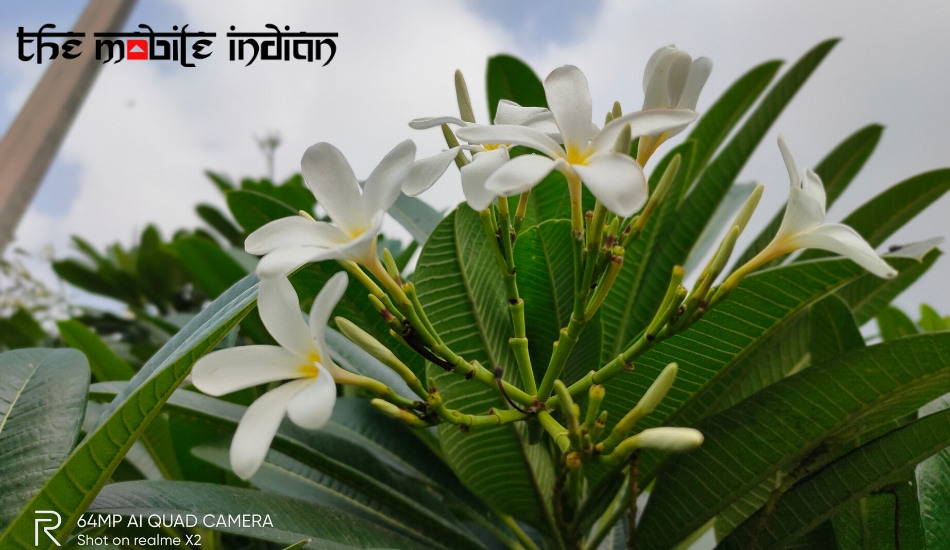 The photo was taken using Portrait mode and the results were impressive. The colours came out to be punchy and the details are captured in a good fashion. One can see the pattern present on the leaves and the background is blurred easily naturally. 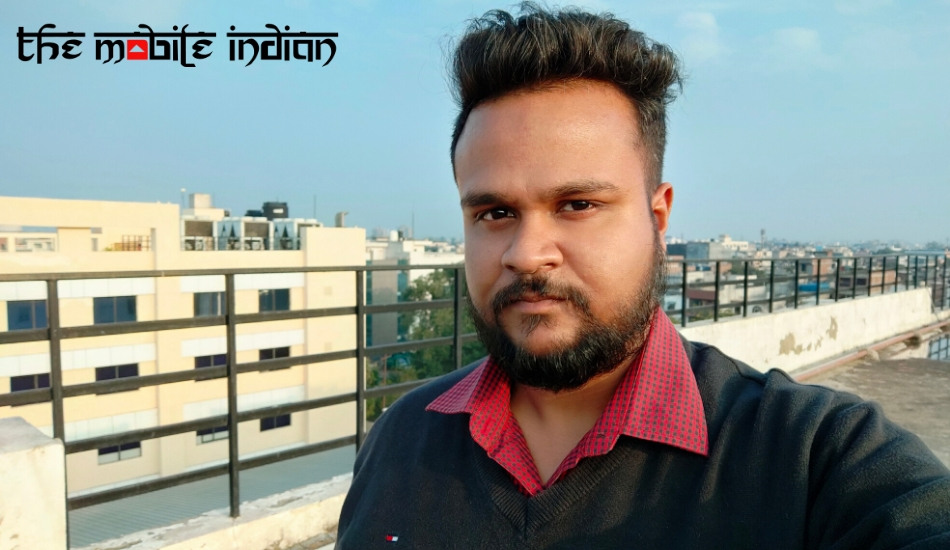 The selfie takes from the front camera delivered good results. The phone can capture good facial features and the colour of the shirt and sweater is close to the source. Furthermore, the details present in the background is to the point. 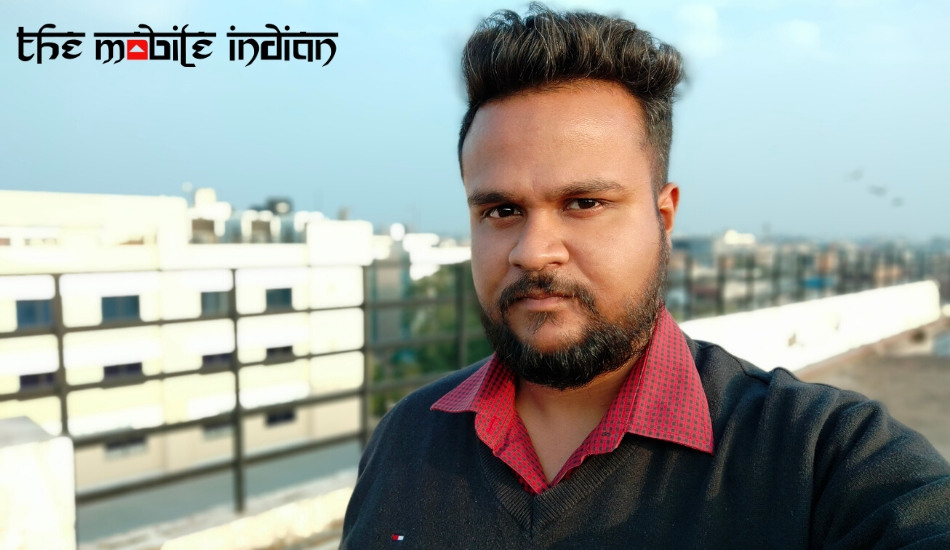 Coming to the portrait shot, the phone does a good job in blurring out the background. However, the edge detection is not that great, to be honest. The device blurred some part of the hair, which is not a good thing. However, apart from this, the phone took a good selfie. 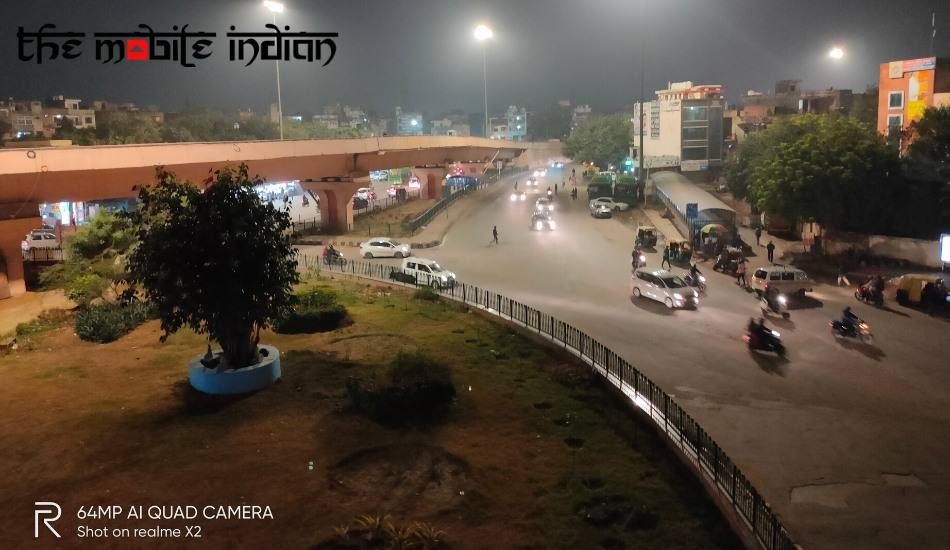 The photo came out to be fine if not great. The colour reproduction is to the point, though we noticed grains present in the sky. Furthermore, the detailing could have been slightly better in this photo. 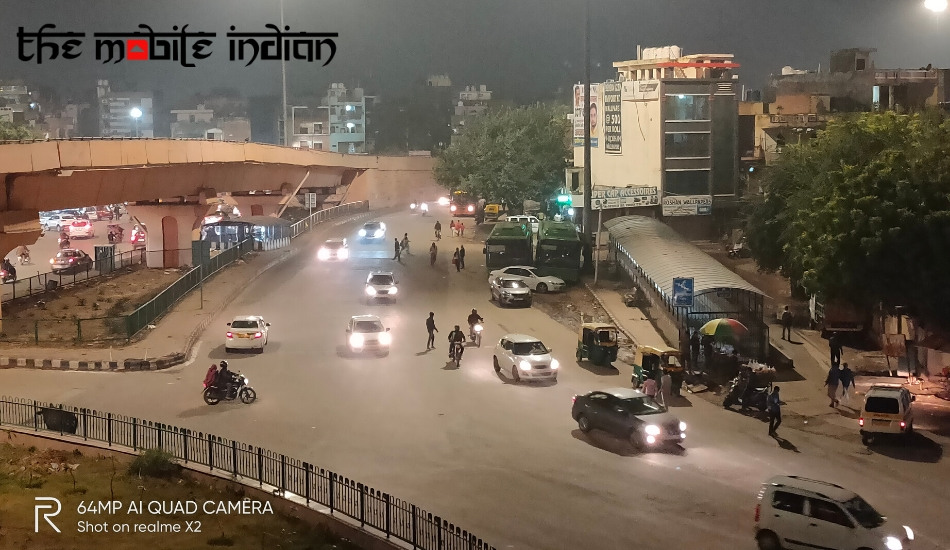 We took this photo using 2x zoom and the results are similar to the image above. The grains and noises quite visible in this image and the details are quite average in our opinion. 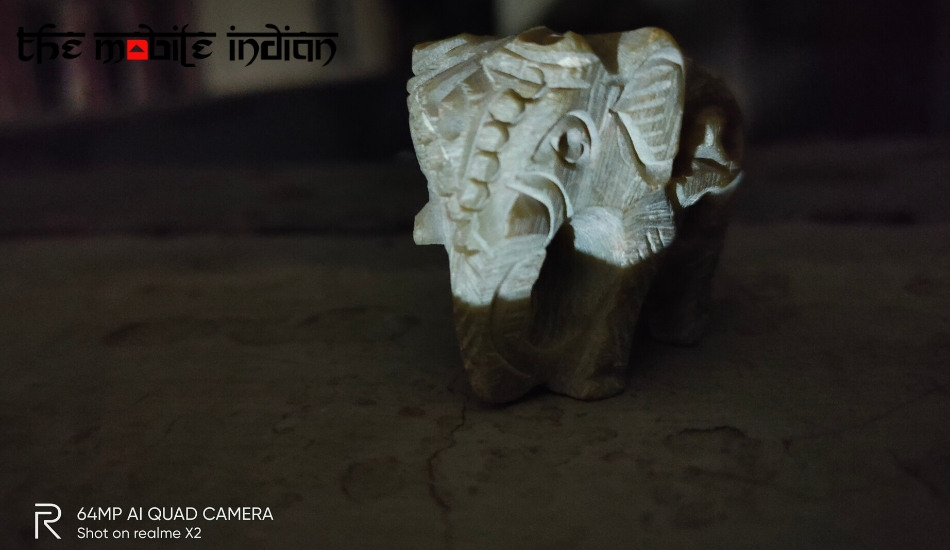 The photo came was good. One can see the lines across the subject quite easily, though detailing could have been slightly better. Overall, the phone does a good job here. 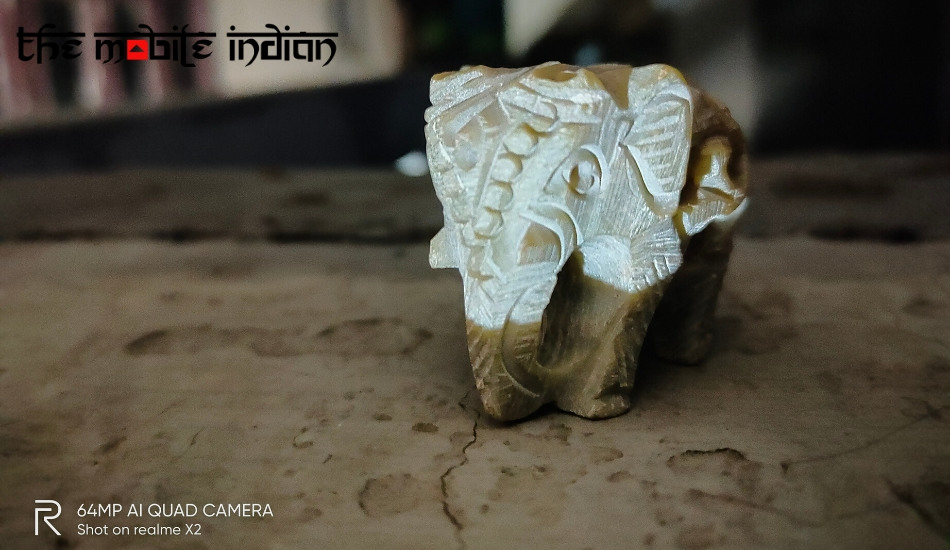 The photo taken with Night Mode came out to be good as well. The subject was well-detailed and the dynamic range is good. Although there are grains present in the background, apart from this, the photo came out to be better as compared to the normal image. 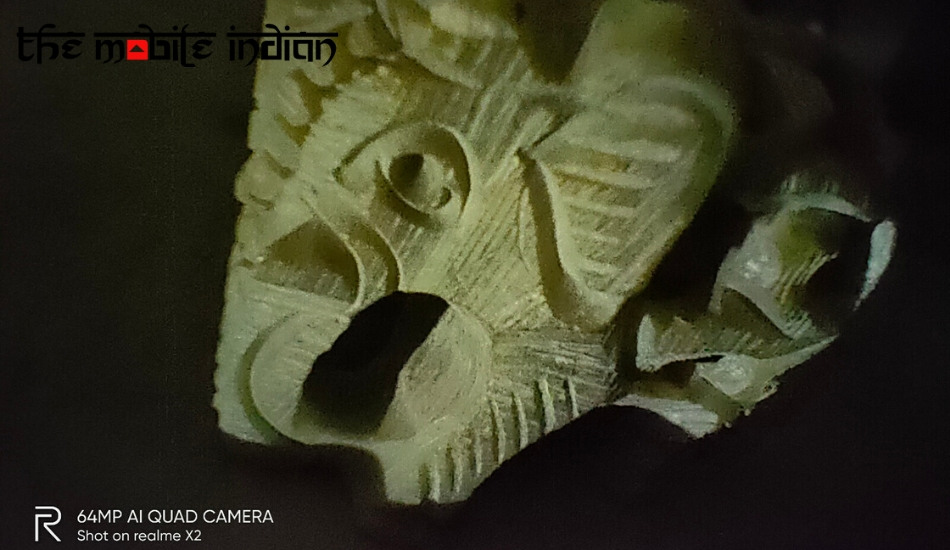 Next photo we took was using the macro lens and the results were quite average. The subject came out to be grainy and noises were prominently present in the image. Furthermore, we have noticed a change in the colour temperature as well. 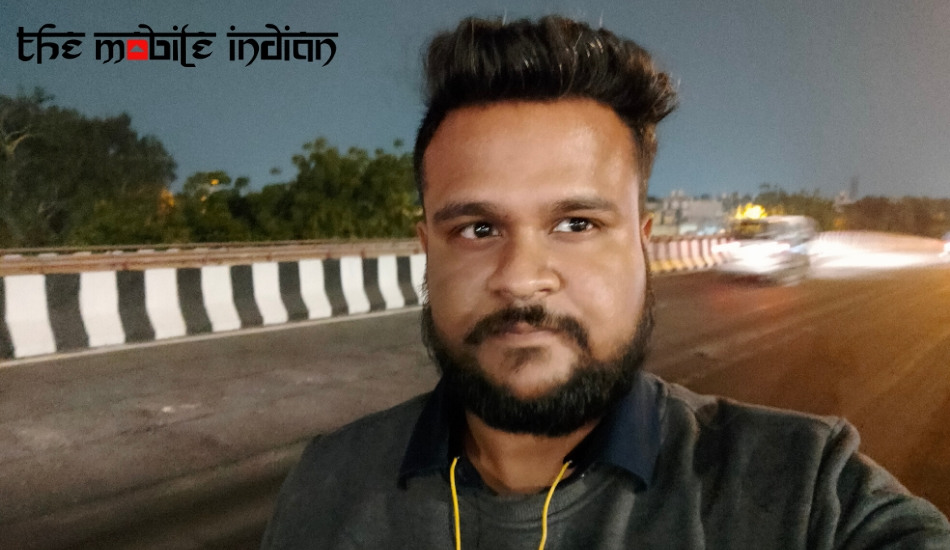 The selfie performance is quite average. The subject came out to be softly blurred. This means you need to keep your hand steady for click blurred-free image in low light conditions. Coming to the photo, it came out to average in our opinion as grains are quite visible in this photo. 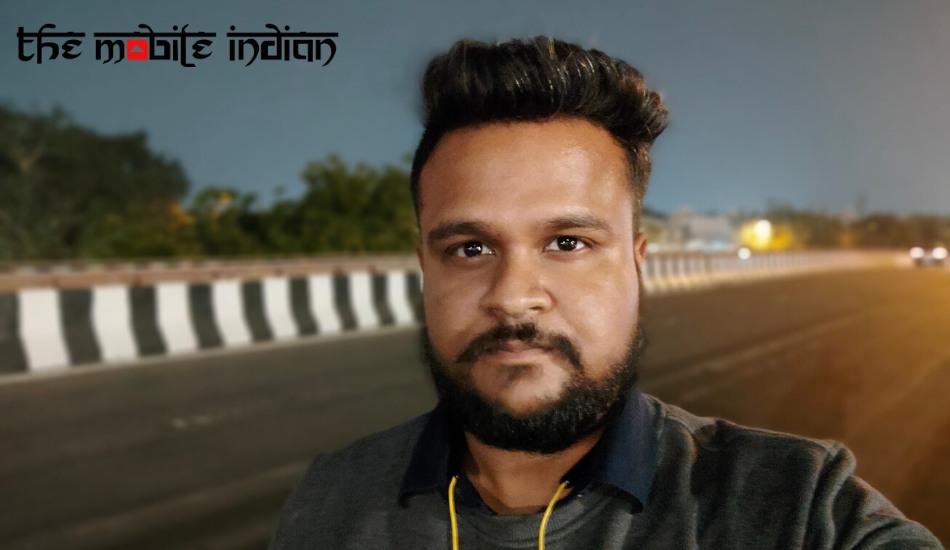 In the second photo, things are slightly better as the face is not blurred. Secondly, the background is naturally blurred, though we still think that edge detection could have been better in this photo.

The Realms X2 camera does a good job in daylight conditions. The photos came out to be crisp and well-detailed. The colour reproduction was on point. In portrait mode, we though that edge detection could have been better and macro shots were average. In low light, the results were a mixed bag. Sometime it clocked good photos, but when the lights were dimmed, the photos were prone to noises and grains. The Night mode has been improved and it delivers better results as compared to its previous version. The selfie performance is good as well. Overall, the Realme X2 offers a good camera performance at this price point, but it is not very different from Realme XT.