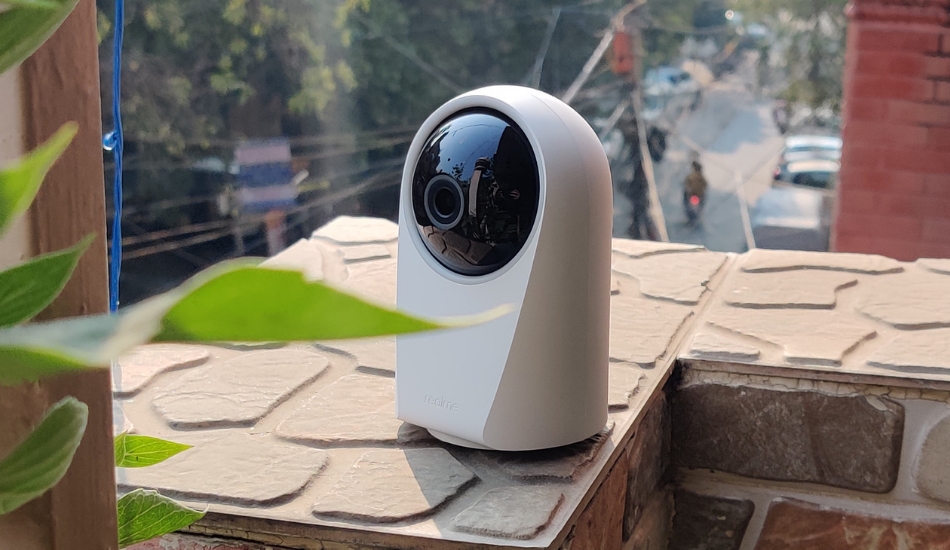 Realme has a new surveillance product under its lineup, called the Realme SmartCam 360°. After using it for about a month, here are our opinions.

Stutters in some situations

The camera is aimed at providing surveillance footage of your house to your phone at 1080p resolution. The product is priced at Rs 2,999 and comes with a bunch of features. But does it justify the price tag at which it is offered? Let’s find out through the review.

The design of the Realme Smartcam is nothing extraordinary but looks good when hung on a wall or kept somewhere. It comes with a dome shaped design with a rotating plate at the bottom so the camera can turn according to the user’s control. The entire camera is made of plastic material except on the front where there’s the primary lens beneath the glass. 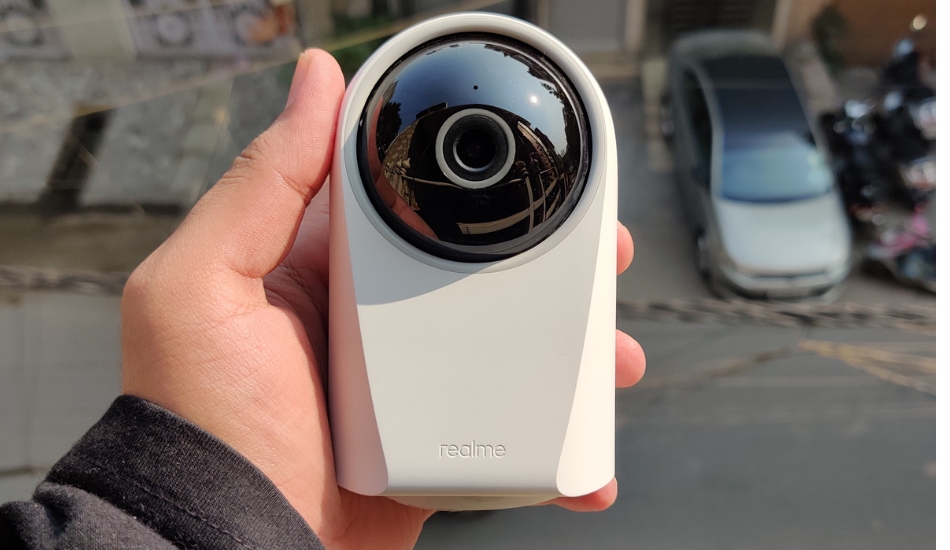 You can install the camera in two ways including in upright position and the other is upside down. Realme has provided all the necessary parts for the upside down installation in the box itself if you want to install it on the ceiling.

The camera supports 1080p video recording and streaming to your phone. The main application you will need here to control the camera, its features and for viewing the footage, is the Realme Link App that is available on the Play Store. 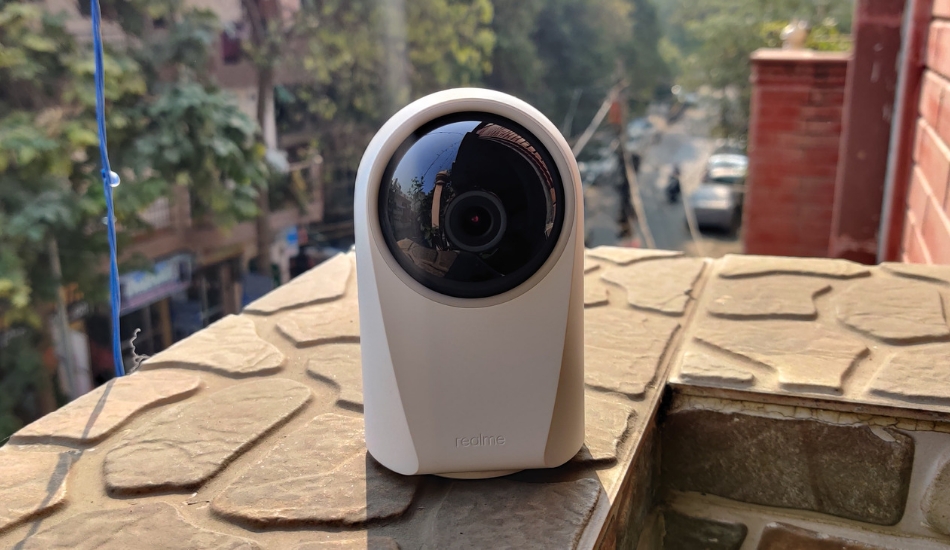 Sadly, the app is not supported on iOS which means you can skip the realme smartcam if you do not have an Android device as you won’t be able to use the main and the most beneficial features of the camera without the app 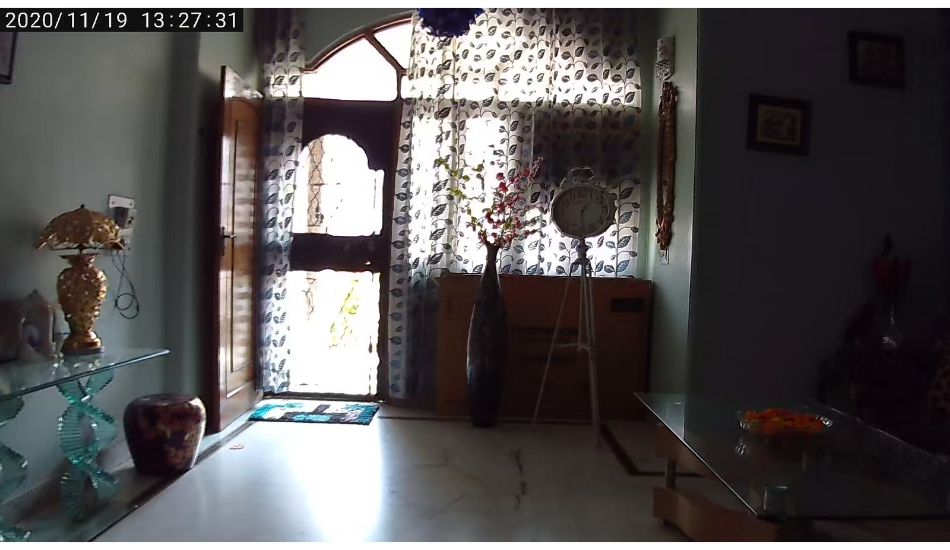 The 1080p streaming and recording quality of the camera was good with crisp and clear colours. There was enough brightness and the overall quality looked great. 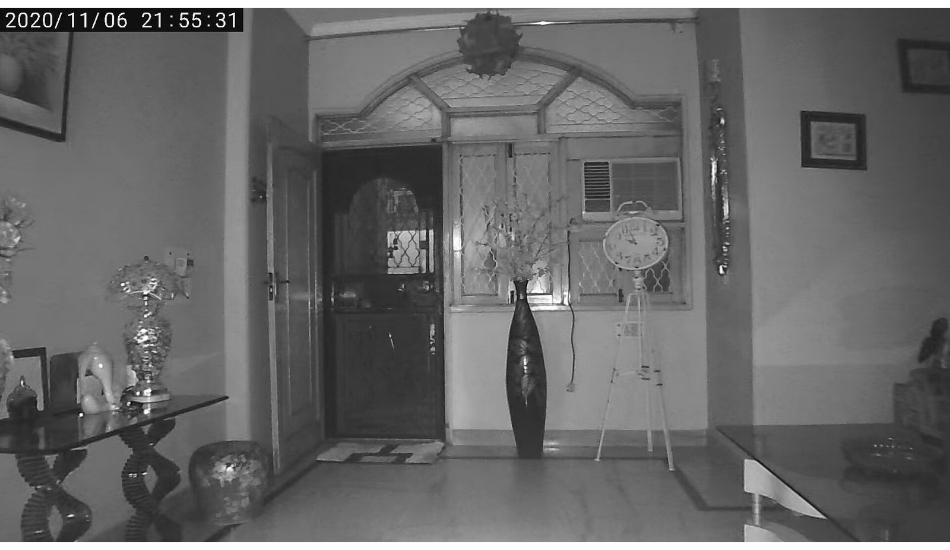 The camera has infrared night vision which converts the image to black and white under dark environments and it looks good too. It’s not the sharpest or clearest black and white image but is manageable and viewable. With infrared turned off, the picture becomes too noisy and is hardly visible.

The Realme SmartCam 360° also has a ‘full colour in low light’ feature with the help of which, the camera can retain full colours even under low lighting. We weren’t able to test the feature as of now because it has to be added to the camera via an OTA update at a later date.

The camera comes with a host of features and we went through every one of them. So let’s get started.

First, the camera supports connectivity over WiFi for streaming the live footage to your phone. It can only support a single band 2.4Ghz Wi-Fi but for a camera it is fine. It comes with AI Motion Detection Monitor which can notify you on your phone if the camera detects any type of movement in front of it. We tested the feature and it worked nicely. 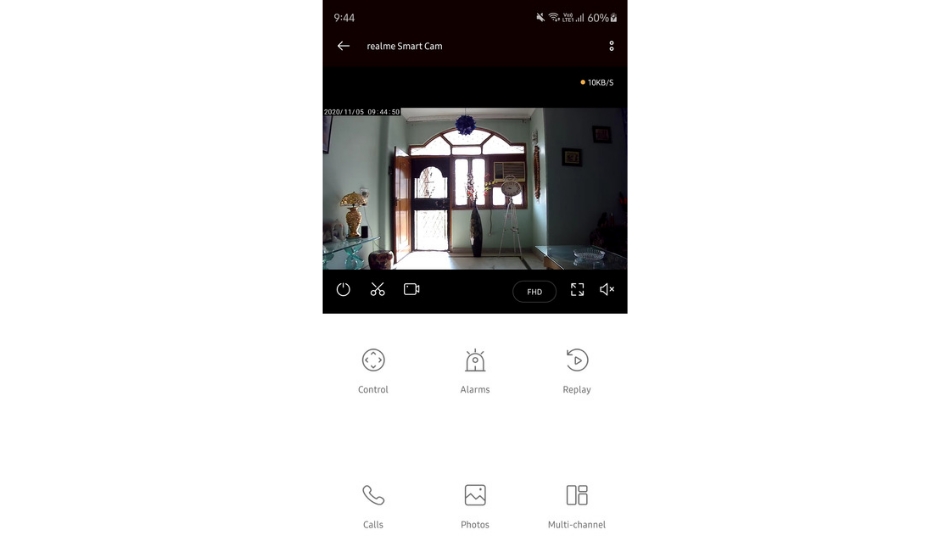 We found this feature to be a hit and miss. It sometimes didn’t pick my activity and it can’t move fast enough to detect fast actions. If someone ran in front of the camera, it will stop moving after rotating just a little bit because of the inaccuracy. But it was nice to have the feature.

The device has support for Micro SD card in which you can record the footage with H.265 Video Encoding. The maximum capacity of SD Card it can support is 128GB. One has to buy the memory card separately as it is not provided with the camera. This feature also worked fine and it did record footage in full 1080p resolution. Keep in mind that the videos can’t be played directly after copying them to a PC or Mobile as they are recorded in a private file format. The files produced by camera also have AES-128 Data encryption. 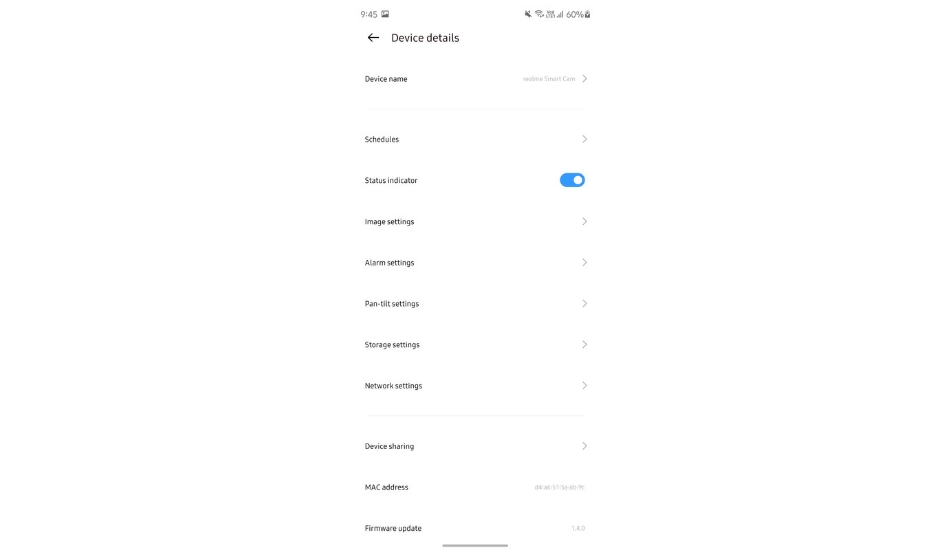 You can even take screenshots and record video of the footage of the camera on your phone through the Realme Link app if you don’t want to insert an SD Card in the Camera. 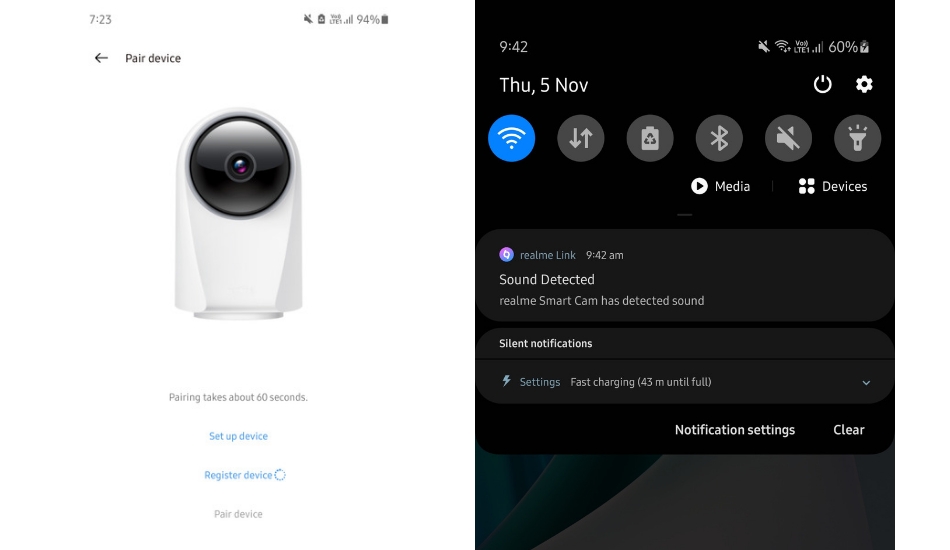 Then comes the alarm settings. Users can control the alarm settings within the Realme Link app and can control about which activities the camera informs you of. It supports upto 3 alarm types including Motion, Sound and Human. This means that the camera will send a notification to your phone it detects an object moving, a human body movement or a loud sound. This feature also worked fine and was perfectly accurate. It was so accurate that I had to turn off the Push notifications because it kept sending me those in every 5 minutes or so whenever someone passed by it.

This camera also has a Voice Talkback feature with the help of which you can speak to your family members if you are outside the house. The Realme SmartCam also comes equipped with an in-built speaker and a mic. This means that you can talk through your phone and the camera will output your voice through the speaker like a normal call. The other person can also speak to you and you will hear him/her through your phone’s speaker.

This is something which I really liked and can be really useful for those who have aged loved ones at home and want to talk to them at any point of time during the day while keeping an eye at them for their safety.

The smartcam can also act as aWi-Fi extender but only for other cameras if you have a multi camera setup at your place and if your house is so big that you have a dead zone where the camera can’t receive signals from the router.

The Realme Smartcam 360° is definitely worth its price tag with a bunch of useful features that can make your life easier and your home safer.