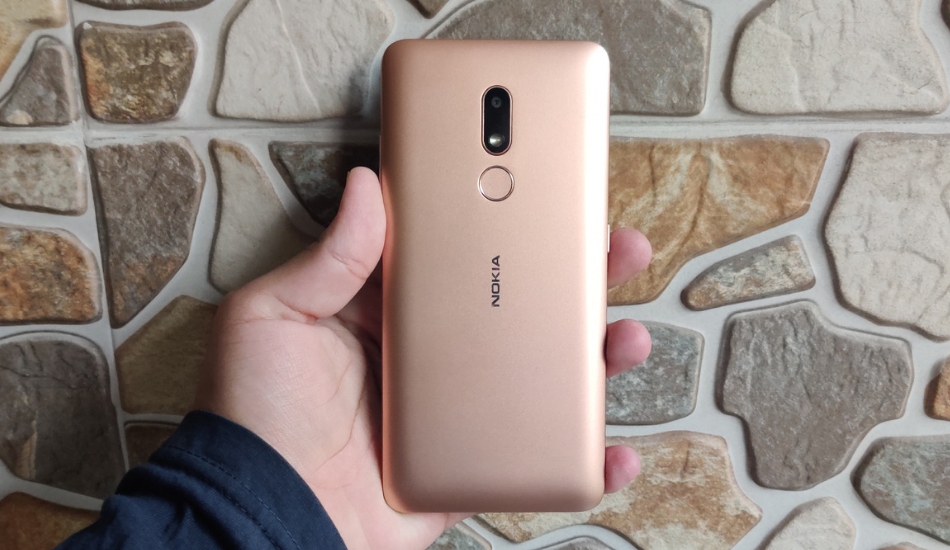 The Nokia C3 is aiming to the capture the market over which Xiaomi and Realme already have a strong hold. Is it a worthy competitor?

The Nokia C3 is the Finnish company’s latest try at budget smartphones. The device is priced at Rs 7,199 for 2GB+16GB variations and Rs 8,399 for 3GB+32GB variant and is in Xiaomi and Realme’s territory.

The Nokia C3 straight up competes with Redmi 9A and the Realme’s C2 and in comparison. Does it have what it takes to beat the competition? Let’s have a look. 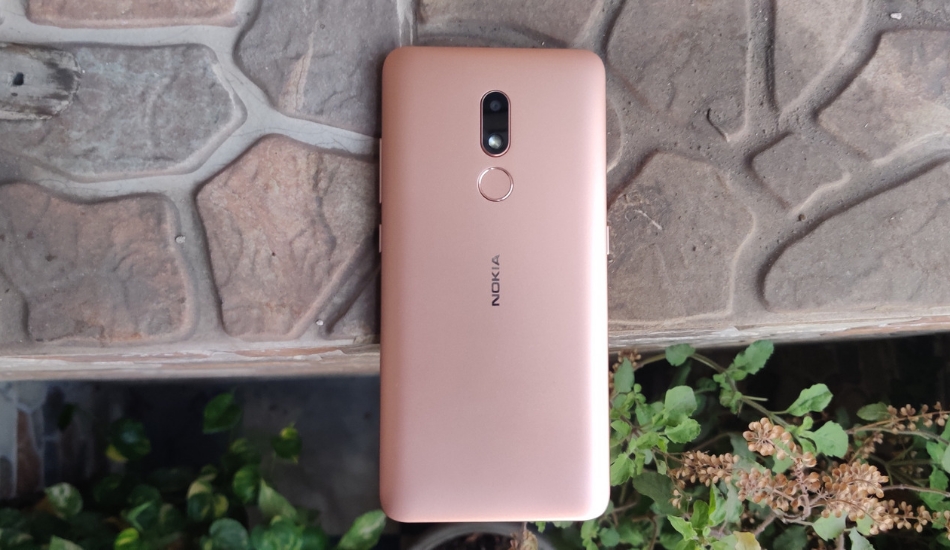 The Nokia C3 is entirely made up of plastic. From the rear to the sides, everything is plastic. The device does take you on a nostalgic trip where you can take off the back cover and replace the battery just like you could back in the day. 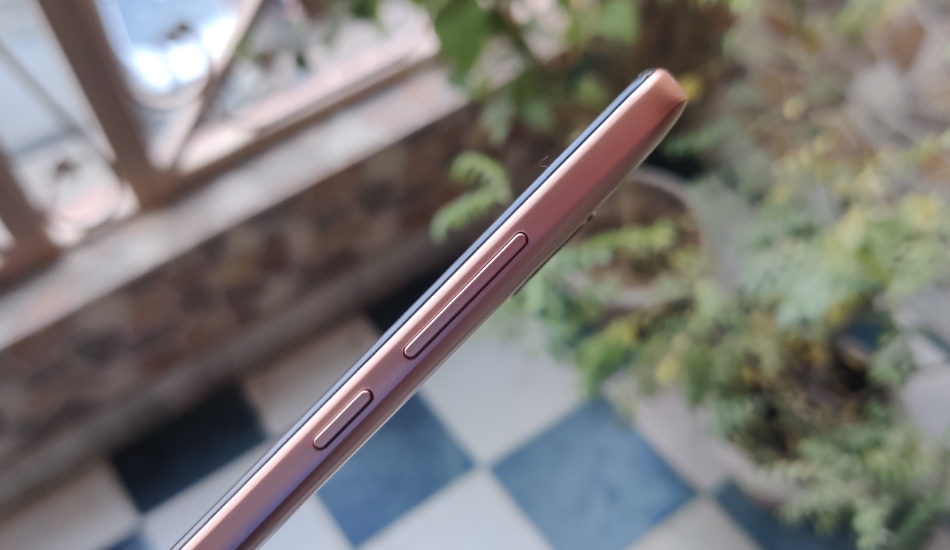 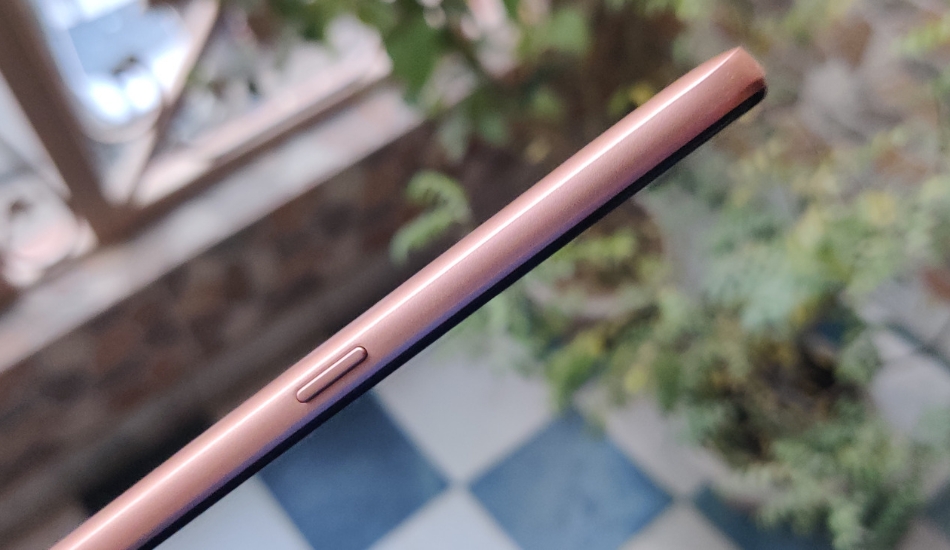 On the right, we have the volume and power buttons. On the bottom, we have a micro-usb port for charging along with a mic. On the top, there’s a 3.5mm headphone jack, a speaker grill for calls that doubles as a speaker, and on the left, we have a dedicated Google Assistant key which is a nice addition in my opinion. On the back, we have a single camera with a flash and also a fingerprint scanner. 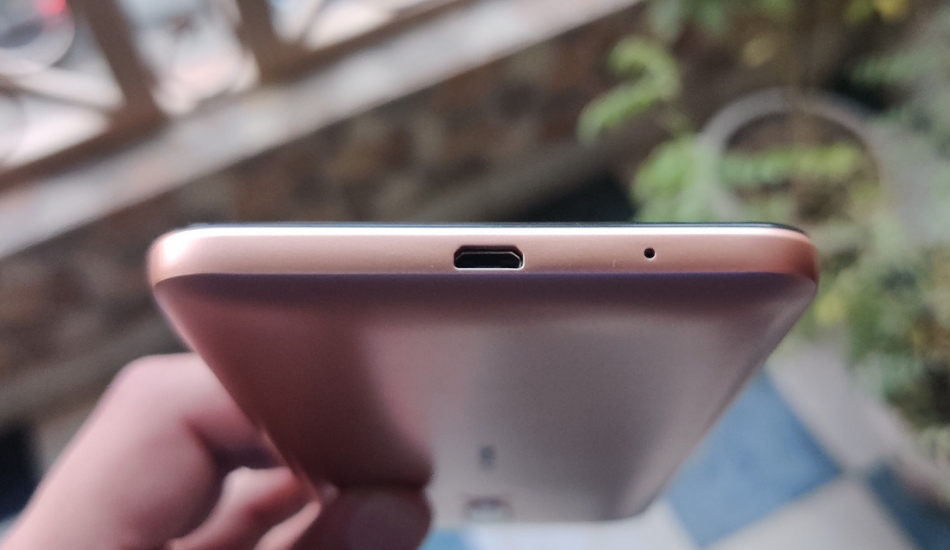 The design doesn’t scream premium and we can’t expect it at this price point. But the Sand colour (as Nokia calls it) did look premium if not felt the same. 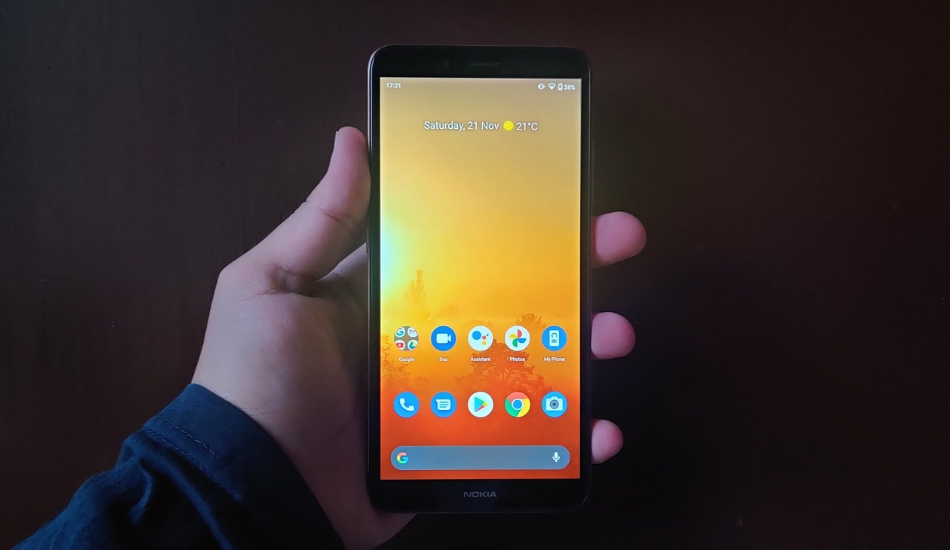 The display of the device was as fine as any other device in this price segment. It has a 5.99-inch HD+ IPS LCD display. The colours were fine but for some reason, I did notice a ghost effect while scrolling which was unusual. The display is not the sharpest but is good for the price.

The Nokia C3 is powered by an octa-core Spreadtrum SC9863A processor. The unit we got had 3GB of RAM along with 32GB of Storage. Expandable memory support upto 128GB is also present.

The performance was fine for the most part but I did notice some hiccups while browsing through the UI. The advantage which Nokia C3 has over its competitors is that it is powered by stock Android. 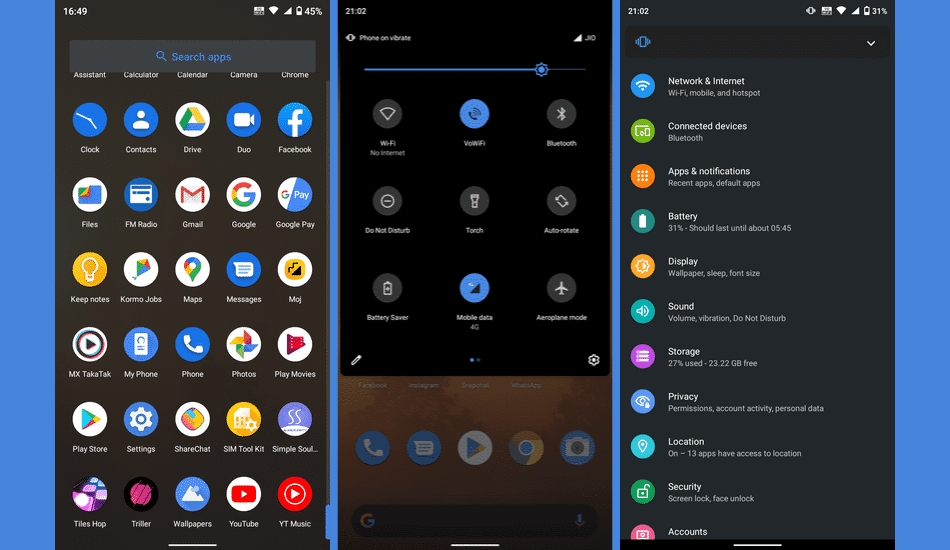 This might be a personal preference but in my opinion, Stock Android is the main reason for the decent performance of this device. For a better experience, the device should have come with Android Go Edition but unfortunately, we don’t have that here.

Though we do get a lot of bloat pre-installed such as MX TakaTak, Moj, etc those can be easily uninstalled.

The device runs on Android 10 and as mentioned above, comes with a dedicated Google Assistant button which was handy in many cases. RAM management was something which the device handled aggressively. It closed many apps in the background sooner than I expected, which resulted in those apps getting reloaded every now and then. 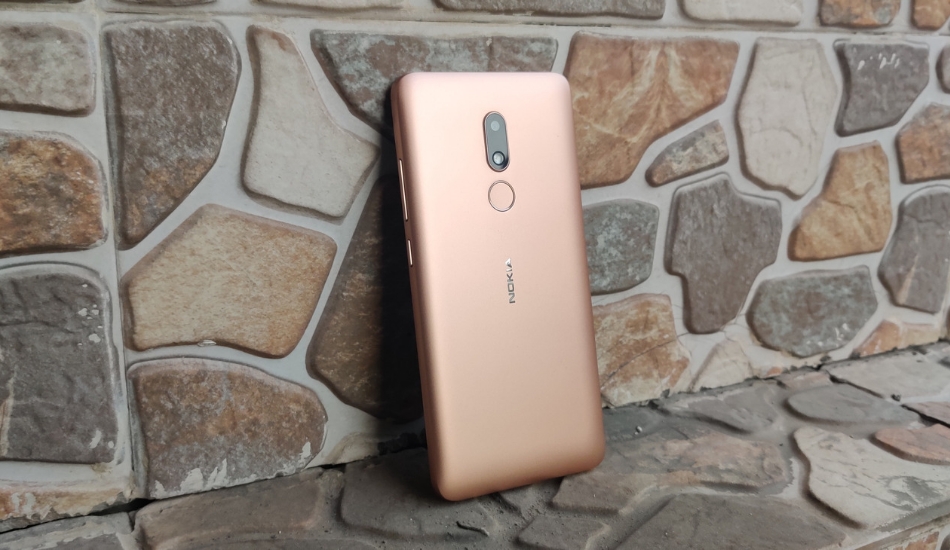 The fingerprint scanner on the back was fast and responsive. It recognized my finger 9/10 times. Face Unlock functionality is also present but it took its own sweet time to recognize my face after lighting up the screen. In some cases, it even failed to recognize my face.

Do not expect heavy gaming from a device at this price point. It can handle basic games like Candy Crush but do not go for heavy games.

The Nokia C3 has a single 8MP camera on the back with f/2.0 whereas the Realme C2 offers a dual-camera setup which is a better pick. 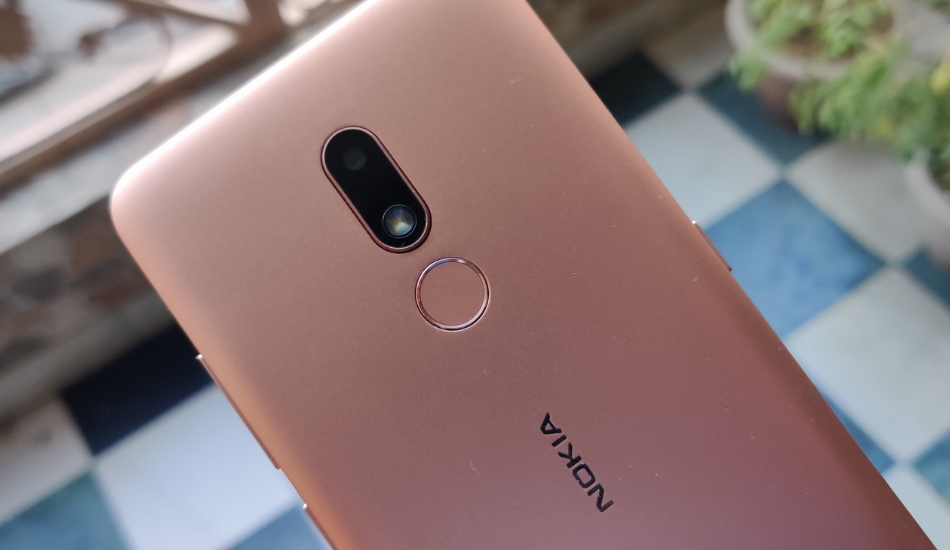 The camera in the Nokia C3 is nothing extraordinary and was disappointing at most. During daylight, the shots came out with very less detail and even the colours were average. The camera performance drops down further under low-lighting with noisy shots and little to no detail. 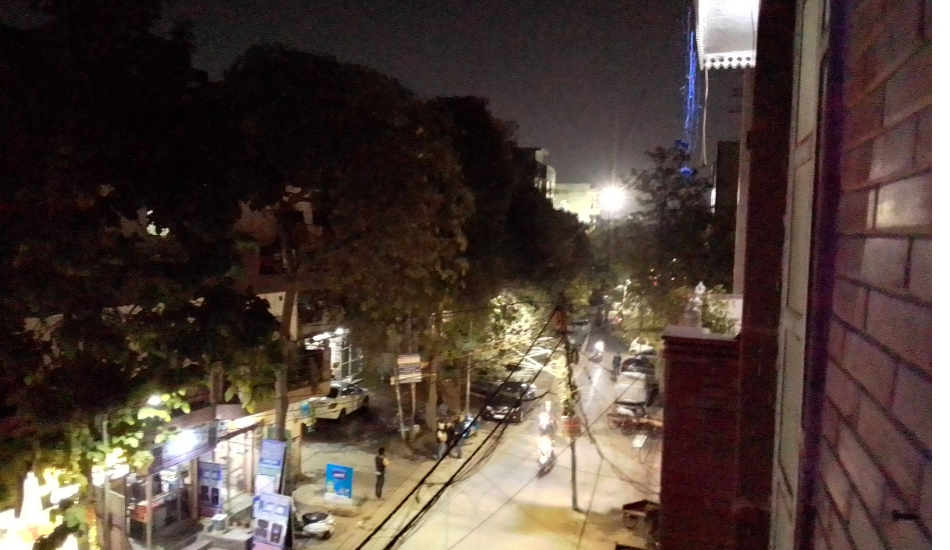 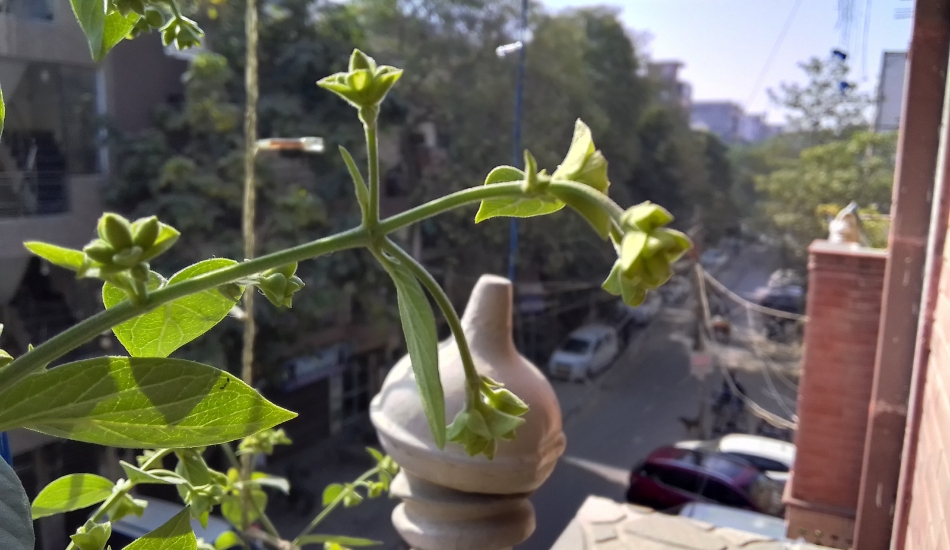 Though Nokia specifically mentions that the camera supports Auto Focus, I hardly found it to be working when I needed it to. Not only the device struggled while focusing in low light shots, it did the same even in broad daylight. The camera on the Nokia C3 just wasn’t ready to focus on the subjects in front of it. 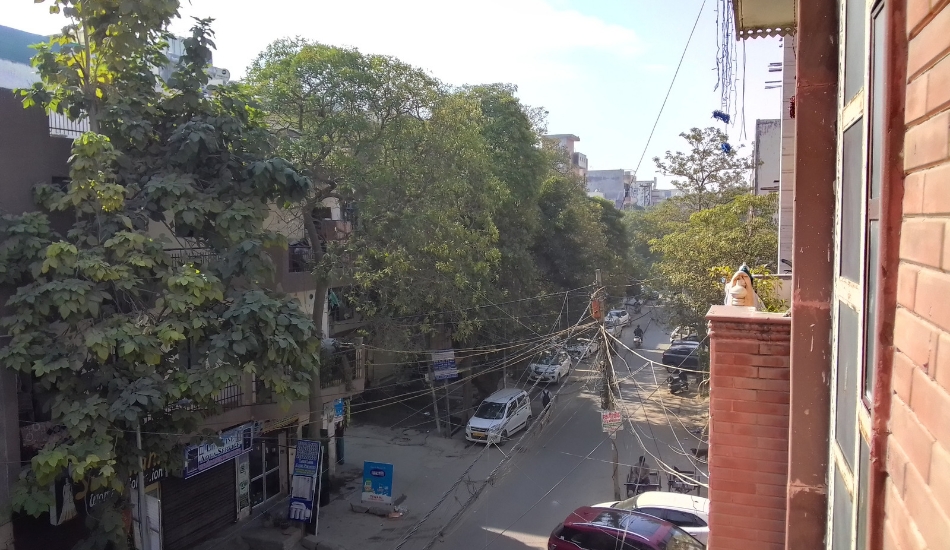 On the front, it has a 5MP camera for selfies and the shots from the front camera were also pretty average. There was less detailing and the picture came out to be a bit blurry.

The Nokia C3 supports 4G connectivity along with WiFi 802.11 b/g/n and Bluetooth 4.2. The device only supports 2.4Ghz WiFi Band. The calling and wifi experience was fine and there’s nothing to complain about. The voice was fine on the receiving end and both the parties could hear each other clearly.

Coming to battery life, the Nokia C3 is backed by 3,040mAh removable battery and comes with a 5W charger. The battery life was average where I got a screen-on time of almost 2.5 hours within a period of more than a day. On heavy days, the device barely got me through a day which included browsing, media playback, calls, etc. Because of a low wattage charger, it took 3.5 hours to charge from 5% to 100%.

Talking about the competition, the Redmi 9A that is similarly priced offers a 5,020mAh battery and faster charging at 18 watts. Even the Realme C12 has a 4,000mAh battery. This clearly beats the Nokia C3 by a large margin.

The Nokia C3 does want to capture the budget market but in our opinion it fails to do so as the competition provides much better value for a much lesser price.