If you are looking out for a comfortable and good looking Bluetooth headset, then the Backbeat can surely be one of the choices but comes with a price.

Plantronics, the name synonymous with Bluetooth headsets, has been in India for quite some time now and in the past we have seen some really good products coming from its stable.

Bluetooth headsets have always been the most preferred accessory amongst most mobile phone buyers. So be it a basic cellphone buyer or a high end handset user, everybody needs a one.

Talking about stereo Bluetooth headsets, Plantronics has Bluetooth accessories for every mobile category. For the stereo category they have got the Backbeat.

The name, Backbeat, was originally given to a headset that was earlier marketed under the name of Altek Lansing Backbeat 906. Later, it was rebranded as the Plantronics Backbeat 906 stereo Bluetooth headset. Nothing, except the parent name, changed in this headset. 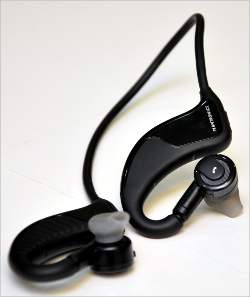 The Backbeat at the first look gives an impression of a sophisticated communication accessory that probably aliens accidentally left on earth!

It has a behind the neck design that makes it extremely comfortable to use for longer hours and even while doing different activities. The drivers have an ‘over the ear’ design for a perfect fit.

Design of the headset is very sturdy and long lasting. The drivers are connected via a flexible rubber band that encloses the cables too which goes behind the head but does not cause any discomfort to the wearer. This makes the Backbeat small enough to carry in the pocket.

Perhaps, the Backbeat is designed with only one purpose and that is to deliver quality and not much attention has been given to the design afterward.

It is only available in one colour and that is black. Once the headset sits on the ears it will stay there as long as the user wants it to. The earpieces have a retractable driver arm that allows the user to adjust the earpiece driver also for getting the perfect sound.

Coming to the operations, the Backbeat has minimalistic set of keys to operate it which makes it very easy to handle and control. The left ear piece houses the call connect key, LED indicator, charging port and the pairing key as well. Whereas, the right ear piece has all the media controls and the volume control keys.

To check its real world performance we tested the Backbeat with the Nokia N8 device and the Spice Qt61 dual SIM phone. 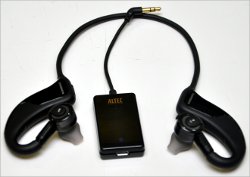 To charge it to the fullest, the Backbeat needs almost four hours. After the charge, pairing is a simple two step process. All you need to do is keep the pairing key presses for five seconds or till the light starts blinking in blue and then just search for the device from any Bluetooth enabled phones.

The Backbeat has quick connect feature which means it does not require pin authentication with newer devices. For older devices, users might be prompted to put in the pairing key at ‘0000’ for pairing the devices.

Once the pairing is done the Backbeat connects to the device for both audio and handsfree profile. Users, however, can choose which profile to connect with.

In both the profiles the Backbeat performs well. As a handsfree, the Backbeat was able to catch all the vocals loud and clear. The person on the other side got clear voice too. It gives a good performance even in noisy conditions.

As a stereo headset, the Backbeat delivers all sounds loud and clear except bass as in that department the Backbeat loses some ground. 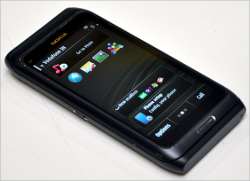 The bass is not very tight and is rather flabby. But it is not noticeable.

In the package, it comes with a Bluetooth transmitter which can be connected to any audio device with a 3.5 mm jack for music playback on the Backbeat. One thing to be noticed that the media controls will not work once the device is working with the transmitter but it gives the option to mute and unmute the music during playback.

Finally, the Plantronics Backbeat 906 is a good device but a little expensive for a price tag of Rs 5,500. With decent music performance and good call quality the Backbeat tries to justify its price tag a little.

So if you are also looking out for a comfortable and good looking Bluetooth headset that will last longer, than the Backbeat can surely be one of the choices. If price is a constraint, than you can also look at other option like the TBV S81 and S91 stereo bluetooth headsets which we reviewed sometime back.