It is a nice application for every person in or travelling to Delhi. The application offers travel suggestions using Metro and DTC bus service. Also offers fare calculator for Auto rickshaw and Radio taxi.

Works for Bus, Metro, auto rickshaw and Taxi Works with GPS to keep track of distanced traveled, helps in case of tampered meters Gives you details about the surroundings of each bus stop Also allows you to look at information people shared about the journey Also gives information about ATMs, PNR Status

Works in offline modes only, so regular updates needed

Public transport scene is getting better in Delhi thanks to the metro and new low floor DTC buses. But who are new to Delhi, it is still difficult as to which route to take; and what metro and DTC bus combination works best for them. If using a taxi or auto rickshaw, what is the fare that they need to pay?

All these questions are answered by this one Android application that works offline (so help is around even when network is not). 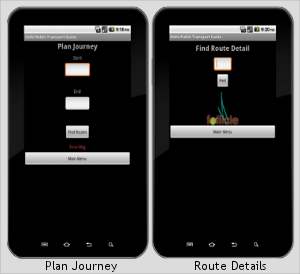 The application called ‘Pocket Conductor-Delhi’ has five tabs, all are very useful in getting to know the public transport in Delhi.

The only concern here is about how often the application is updated. Since it is an offline app it cannot update itself, so you have to download the updated versions as and when it is made available.

This gives you stops that a particular bus route traverses. 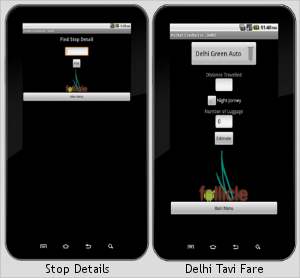 This is another useful feature, it tells you about the near by stops (bus stop) of your destination along with the distance between the two. This will help you find the better bus route (at times single bus route can be found versus two routes for the exact bus stop).

This tab gives the fare per kilometre for auto rickshaw, Ratio Taxi and Yellow taxi services of Delhi. It also has a fare calculator which calculates fare for distance travelled. You can use the GPS of your phone to know the distance between the two places. 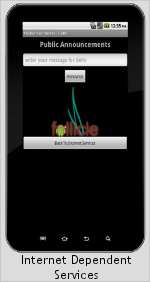 This is a very important tab, you can update the information on the app through this tab. Pressing the tab gives you seven tabs, which allows you to input correction if any information is no more relevant, other tabs allow you to look for PNR Status (Railway), Find nearby ATM.

There is also a Delhi Announcement wall, which users can update with information about certain events in Delhi, you can also watch what other have put in (this and other buttons that allow updates by users basically connects you to a Facebook page).

There is even an option to update your bus’s current position.

It’s a must download. The application is simple and very useful for everybody in Delhi, especially for people who are new in the city. If it becomes popular and people start updating it can become even better. Although if an online version was also made with frequent updates, the accuracy of the app will increase many fold.