Now annoying advertisements are a thing of the past to some extent with this popular browser extension that has now made its way to Android.

Advertisement blocking utility Adblock Plus has for a long time been an easy and very effective safeguard against ads, pop ups and unwanted elements while browsing web pages on a desktop computer but recently the company decided to make the utility available for Android devices as well in the from of Adblock Plus for Android. The application aims at ridding users of unwanted advertisements and pop pups that mostly come bundled with free or freemium applications. So how effective the application really is, let’s find out.

Adblock Plus, which has been a great success on web browsers such as Google Chrome, Mozilla Firefox and Opera, brings to devices the functionality that it did to browsers. The application has a download size of 1.8 MB that makes it extremely easy to download even on a 2G network. It runs constantly in the background monitoring for intrusions such as advertisements and pop ups and tries stopping them.

Although there have been many advertisement blocking utilities on Android, Adblock Plus is the only application that allows users to tackle advertisements without having to root the device or make software modifications to the operating system. However, there are options for rooted devices and those users get better results than non-rooted users, and get better control over advertisements as well. 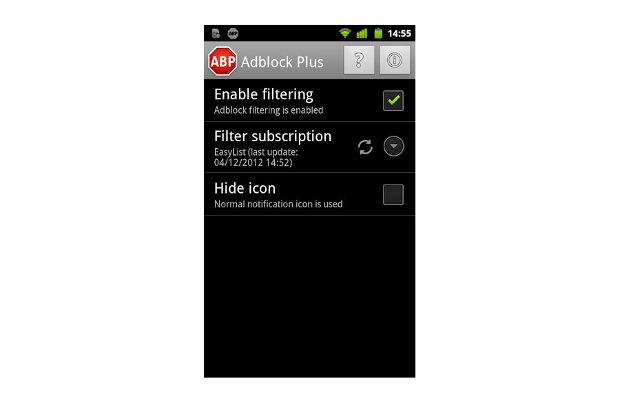 Although the application manages to control most in app advertisement pop ups ads that are integrated to apps still manages to slip under Adblock’s nose. Despite that the app is useful. Though it manages to remove advertisements completely from some applications, it leaves a few on others. 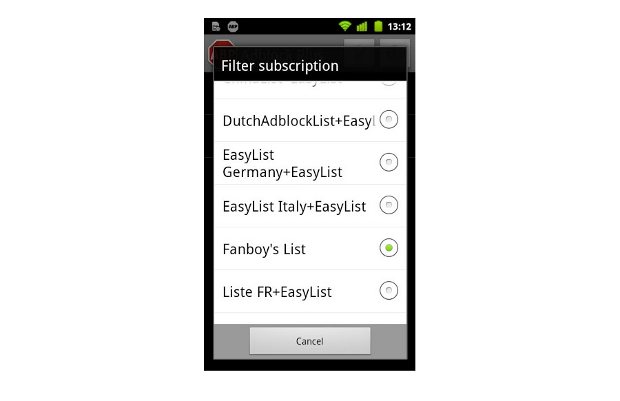 Users without the rooted device and running Android version 3.0 and previous versions need to manually configure the application for blocking advertisements. But otherwise the configuration is a single step process and users have to do it once.

All in all it’s a great little application that has no side effects but many positive effects, making it a must have for every Android device. The application comes without a price tag, which is the best part, and users can install it without any obligations or trials. Users can locate the app through the Google Play Store or can even follow the link.