The Chinese manufacturer, Gionee has announced its first smartphone with four cameras including two at the back and two at the front. Known as Gionee S10, the device comes in three variants namely, S10, S10B and S10 C.
The S10 is the top model and comes with a price tag of yuan 2599, while the S10B and S10C are priced at Yuan 2199 and Yuan 1599 respectively. Gionee S10B is available starting from today in China, while the S10 and S10C will be available from June 9, 2017.
Starting with S10, the major highlight of the device are the four cameras. The dual rear cameras with a combination of 16-megapixel and 8-megapixel sensors. For the front, there is a dual camera setup as well with a combination of 20-megapixel and 8-megapixel. 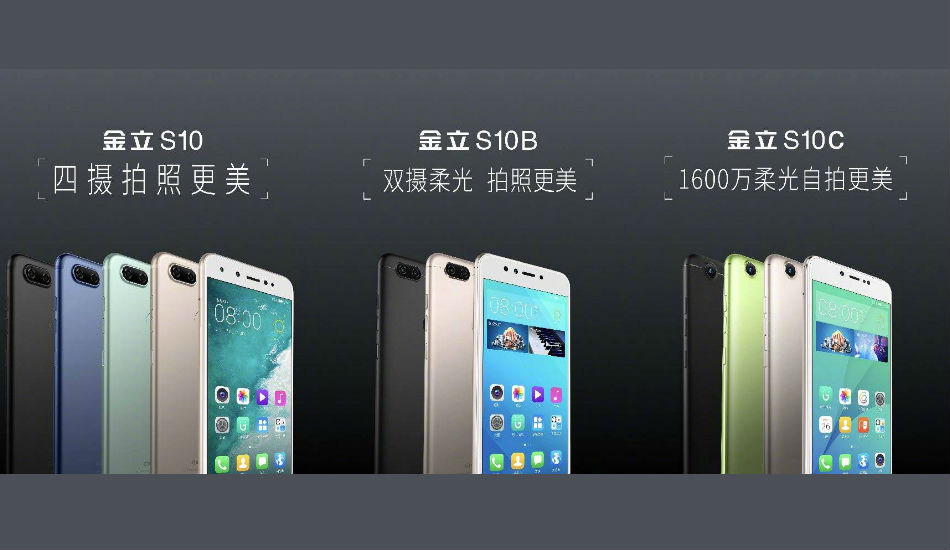