WhatsApp Messenger and even the Facebook Messenger will continue to exist as standalone apps.

Facebook has officially announced to acquire the mobile messaging service WhatsApp for 19 billion dollars. Basically, the WhatsApp messaging service will be owned by Facebook just like the company bought Instagram last year. Before everyone over-reacts on this, Facebook has clarified in the official statement- “WhatsApp’s core messaging product and Facebook’s existing Messenger app will continue to operate as standalone applications.”

Jan Koum, chief executive officer of WhatsApp, explained the impact on users after the WhatsApp being acquired by Facebook, in one word – nothing. Koum promised in a blog post that there would be absolutely no ads on WhatsApp. In short, WhatsApp Messenger and even the Facebook Messenger will continue to exist as standalone apps. 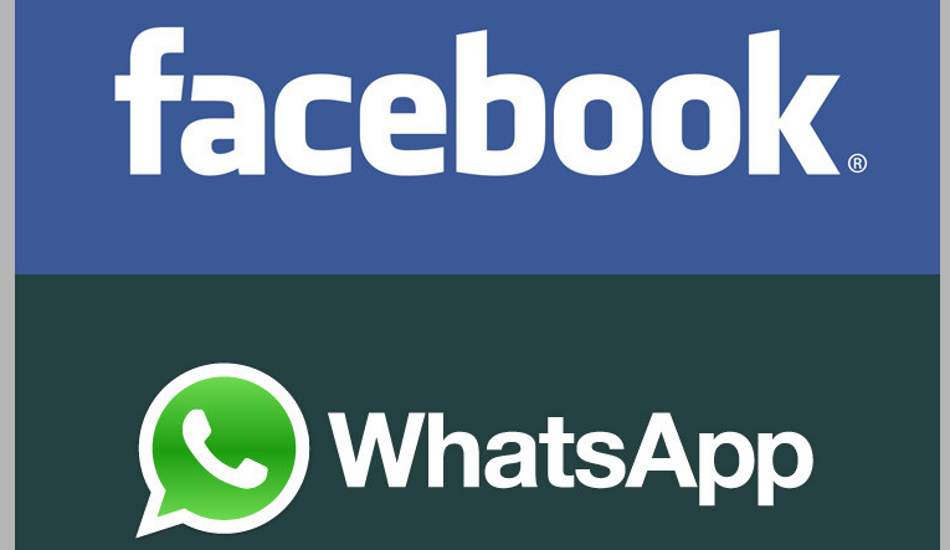 Both Facebook and WhatsApp have been growing phenomenally in India which happens to be one of the largest market for Facebook. As of December 2013, Facebook had 75 million users from India accessing the service from the mobile platform. Compared to that, WhatsApp claimed to have 450 million active users across the world, using the mobile app from different mobile platforms. Clearly, WhatsApp has larger user base with mobile-first approach.

What can users expect to see in future from WhatsApp and Facebook? Let us take a look at the individual perspectives.

Facebook wants to create a social search engine to compete with Google and any search engine out there. To start off with that, Facebook has introduced Graph Search which basically shows up the information that Facebook users have shared “publicly” on Facebook platform. As of now, the Graph Search is in Beta stage and available in English language only.

Graph search bolsters on the information that an average Facebook user shares via images, posts and videos. Be it Like on posts, comments, vacation photos, location check-ins at places, or any other update using Hashtag (#) – anything publicly shared would be visible through the Facebook Graph Search.

According to the people familiar with the acquisition of WhatsApp, Facebook intends to grow the Graph Search engine to higher level and turn it into the Social Search equivalent to Google Search engine. However, the focus would be to offer Social Search for the mobile platforms which surprisingly is missing from Facebook mobile web and mobile app interface.

Facebook Messenger has been refined recently with new user interface and the company continues to add more local content for Indian users. The Facebook Messenger competes with the likes of Line, Viber, WeChat and others that offer emoticons and stickers as part of sub-store called Sticker market. Facebook has the first user advantage for those who have a Facebook Account can start using the Facebook Messenger quickly without any additional registration and talk to same set of Facebook friends. However, the Facebook Messenger was not as virally proficient as the WhatsApp because of its cross platform presence as a standalone app.

WhatsApp unanimously is quite popular name for instant messaging through mobiles just like Facebook is for the social network. Facebook had to bring in a larger mobile user base and buying WhatsApp was the best way to do it. For Facebook, this deal is more about bringing in larger pie of mobile user base and enjoy share in mobile instant messaging space.

WhatsApp has been the instant messaging mobile app that reaches out to millions of mobile phones out there. WhatsApp clearly nailed it first by being present across different mobile platforms, sooner or later. The most important feature of the WhatsApp is – it is free and connects the user to the people listed in the mobile phone’s contacts list. The reason WhatsApp blossoms is because of the uniform user interface and experience across platforms without any Ads.

Earlier touted as the BlackBerry Messenger killer, WhatsApp has also encouraged competition from Line, Viber and WeChat. Mobile instant messaging has become synonymous to WhatsApp and the company aims to be available for more mobile users across the globe.

WhatsApp clearly aims to be mobile first and probably the mobile only service. As of now, the company has shared no plans to offer desktop or web interface for WhatsApp which is already offered by other services such as Line and Viber.

One of the crucial feature missing in WhatsApp is the capability to make voice calls. Started off by popular services such Skype, now the voice calls are also supported by BBM for Android and iOS. It is still unclear whether WhatsApp along with monetary support for Facebook will be able to offer voice calling through the mobile app.

In a hypothetical scenario, It would be really interesting to see if the WhatsApp allows Facebook integration to publish a post, image or video directly from WhatsApp to Facebook Timeline. However, that would require the user to allow Facebook to handshake with WhatsApp contacts. Cross syncing might replicate in the unwanted and unknown numbers of Facebook contacts in WhatsApp as well as phone’s contact book. That would lead to a lot of confusion. If in future, Facebook decides to deliver a social network friend mobile operating system, the company already has larger user base from Facebook, imaging lovers from Instagram and mobile instant messaging fanatics from WhatsApp. Facebook has tried its hand to deliver a Facebook phone and touting a mobile operating system with select devices in the past. That did not work out but we believe Mark Zuckerberg, the Facebook chief executive officer, remains persistent with his idea of a :social” mobile operating system.

By acquiring WhatsApp, Facebook enjoys a large pie of users and mobile instant messaging at the same time. Since both Facebook Messenger and WhatsApp lack voice calling feature, the next surprise would be Facebook acquiring a VoIP (Voice over IP) company. While that is a distant dream for Facebook, we expect to see Facebook and WhatsApp exist without overlapping each other’s turf.

At least for the time being, the deal would have no direct impact on the WhatsApp and Facebook users directly. Meanwhile Facebook has the challenge to reach out with Graph Search in several languages to make it relevant locally as well.