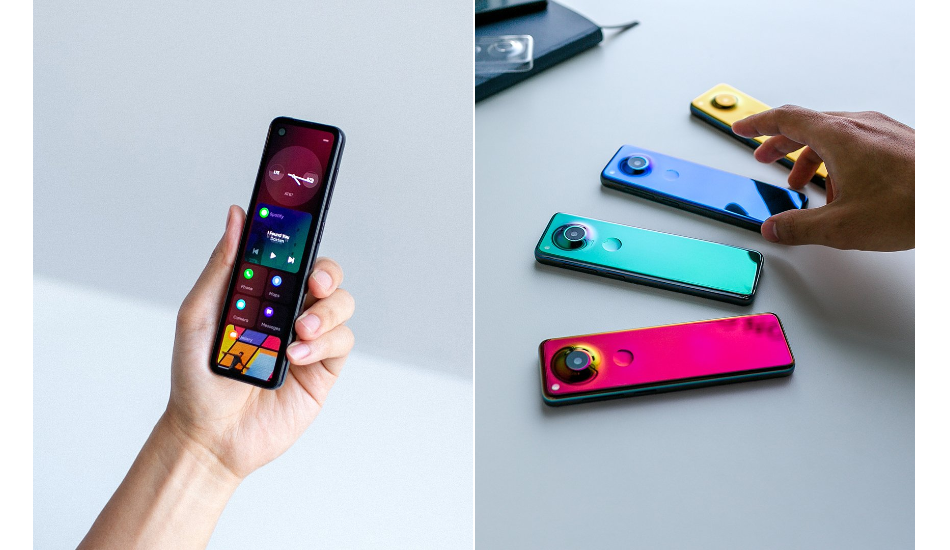 Project GEM will be packed inside a narrow and tall design, resembling that of a Smart TV remote but with smartphone capabilities. The pictures reveal a single large camera sensor and a fingerprint scanner at the back and a new UI and punch-hole camera on the front.

Essential CEO and Android’s co-founder Andy Rubin has just teased a new smartphone with a “radically different form factor”. The new phone has been confirmed to be in early testing and is being called Project GEM.

The next generation Essential phone was teased on Twitter by Andy Rubin soon after which the Essential team themselves posted a few more pictures of the upcoming smartphone. On first glance, the Project GEM will be packed inside a narrow and tall design, resembling that of a Smart TV remote but with smartphone capabilities. 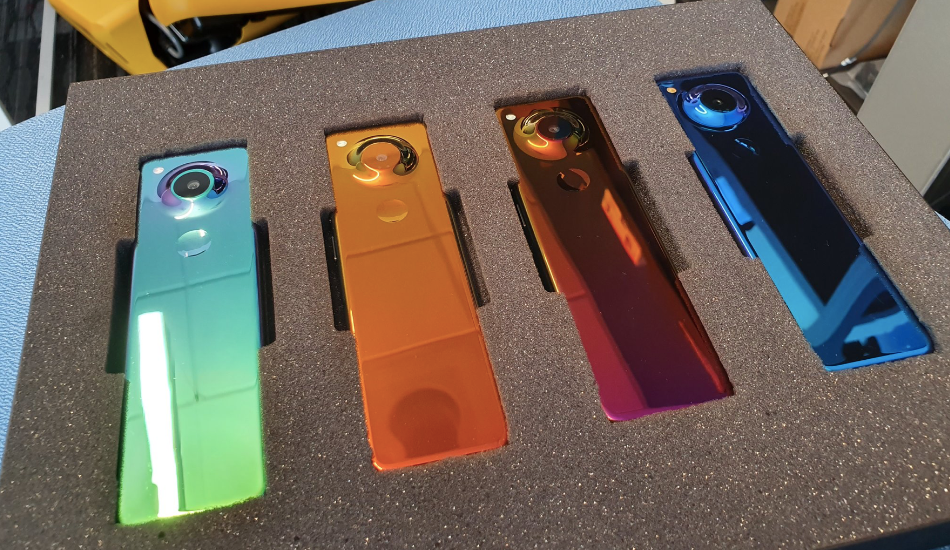 The first tweet by Rubin reads “Colour-shift material”, showing the back of the tall smartphone. The phone has a glossy back panel which a colour shifting finish. The models shown in the picture are that of green, orange, red and blue colour but Rubin noted that the company is still “dialling in the colours”.

The pictures of the back of the phone also reveal a few more features including a single large camera sensor, housed inside a module that protrudes from the flat surface. There’s also the possibility of a fingerprint scanner at the back and an LED flash for the camera.

From the front, the GEM stands out with its tall form factor and has a new UI, different from that of Android. It’s unclear if this UI will be based on Android or something entirely different. One of the pictures shows what looks like a Maps app suited for the tall screen functionality. The app also has buttons to track the steps and start an activity, presumably. 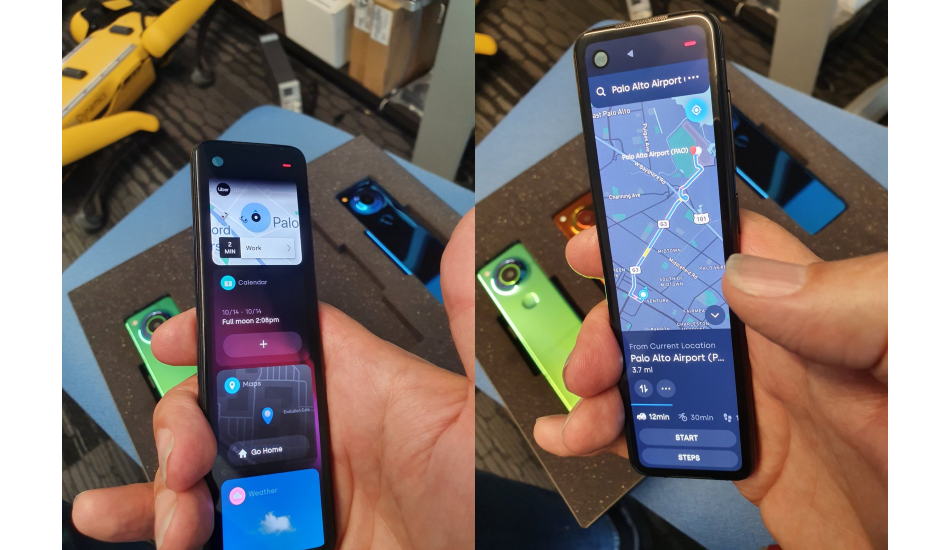 Other mages of the front of the phone show the main UI which features widget-like app boxes. While one picture shows the Uber app, Calendar, Maps and Weather opened with quick action buttons, the other shows a UI with an analogue clock, Spotify widget, gallery screen and icon boxes for Phone, Messages, Camera and Maps.

Essential’s Project GEM smartphone is currently in early testing but we expect to know more about the phone shortly.