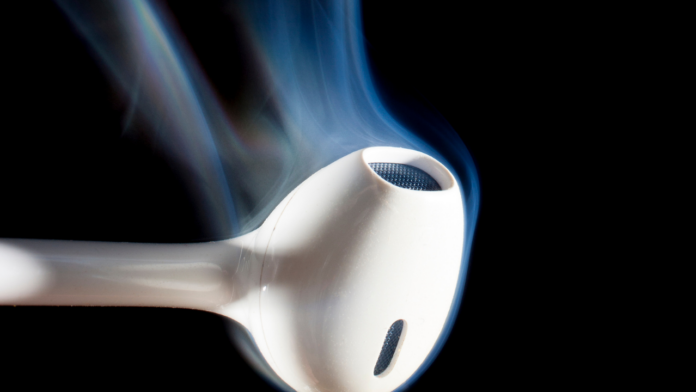 Mention TWS and it is a fair chance that the first few brands that will come to most people’s minds will be the likes of Apple (AirPods!), Samsung (Galaxy Buds) and Sony. However, in real market terms, these high-profile brands do not even figure in the top five TWS brands of the Indian market in terms of shipments.

And the top five brands did NOT include Apple, Samsung, Sony, Bose, Sennheiser, Oppo, or Jabra. In fact, leading the TWS charge in India is an Indian brand, which bosses more than a third of the market. Here are the highlights of the report:

Boat is number one

With a massive 37 percent shipment market share, the Indian brand, Boat is the leader in the Indian TWS shipments as per the latest quarterly report of Counterpoint.

In effect, that means, every third TWS shipped in India is a Boat one. The report attributes this to “aggressive marketing, celebrity endorsements, and ‘value for money offerings.” Among the models that have done well are the Airdopes 701, Airdopes 281 Pro and Airdopes 481 V2.
A measure of Boat’s dominance can be gauged from the fact that its shipment share is as much as the combined share of the other four brands in the top five! In fact, no other brand has even got a fifteen percent shipment share.

Xiaomi is not in the top five! (and neither is Oppo)

Two brands that are surprisingly missing from the top five list are Xiaomi and Oppo. Both are well-known brands (Xiaomi is number one in the smartphone market and Oppo is in the top five) and have TWS at affordable price points and yet have not been able to make their way into the top five. Xiaomi had been a part of the top five in 2020, but its place seems to have been taken by Noise now.

The excerpt we got from the report does not refer to a slowing down in the growth in the premium segment. But it is notable that in Q3 2020, both Apple and JBL were in the top five. In fact, Apple was number one in 2019. So is the premium
share of the TWS market shrinking? We would love to hear from you in this regard.

OnePlus is the surprise number two

The big surprise for many people (me certainly) is the presence of OnePlus, which is better known for its phones, at number two with a 12 percent shipment share. This is because, unlike Boat which has several models, OnePlus has only two (with a third one expected shortly) models – the OnePlus Buds and the OnePlus Buds Z. However, that has not stopped the brand from taking the number two spot in the Indian TWS market with a 12 percent shipment share (just a third of Boat). Counterpoint attributes OnePlus’ success to the much lower-priced Buds Z.

In third place is another phone brand, Realme, with a 10 percent shipment share. The fact that Realme trails OnePlus is a matter of some surprise to me, as the brand has far more TWS models and at more affordable price points than OnePlus, but the numbers seem to indicate that OnePlus has a clear edge over it as far as the shipment was concerned. Counterpoint states that Realme is doing well because of its affordable devices and also because of offering features like ANC.

Completing the top five lineup are two more Indian brands, Noise with eight percent and Ptron with seven percent. The report says that Noise grew by a staggering 117 percent in the quarter (year-on-year growth) and also started making its presence felt in the Rs 1,000 – 2,000 segment.

Ptron is not mentioned in the excerpt of the report sent to us, but I am assuming the brand owes its success to a large number of extremely affordable devices in its portfolio.

As per the report, the Rs 1,000 – Rs 2,000 segment is the most popular in the TWS market in India. It accounted for sixty percent of all TWS shipments in the country. Last year, this segment had contributed just 25 percent. It is interesting to see that while four of the top five players have devices in this price segment, the number two brand, OnePlus has no TWS in that range.

Make in India to be a major factor

TWS manufacturing in India is likely to receive a boost in the coming days as per industry veterans associated with the mobile accessories segment. Anam Padha, Research Associate, Counterpoint said, “Players are looking to make these devices locally to reap the benefits of the government’s PLI (Production-Linked Incentive) scheme. For instance, Mivi launched its first Made-in-India TWS device, called DuoPods A25, during the quarter. Mivi is the second brand after pTron to launch a Made-in-India TWS product.”

He further added, “Boat has also decided to shift most of its manufacturing base to India to provide more affordable devices. The latest entrant, Aiwa, is also exploring a similar possibility, which indicates that more brands are likely to follow this path to offer new features at low price points.”

“Other” brands are a still factor

Unlike the smartphone market where the top brands account for the maximum shipments, the TWS market seems to be wide open. Boat ( 37 percent) does dominate it, but the other leading players are clustered around the 10 percent shipment share on an average. Having said that, the top five brands account for 74 percent of all TWS shipments in India, which leaves a very healthy 26 percent in the hands of others, which includes some huge brands, including Samsung and Apple.

The current quarter is likely to see a lot of hectic activity on the TWS front with new entrants like Lava, Aiwa, and TCL making their presence felt, even as others like Dizo (from Realme), Nothing, and Micromax making their debut in the Indian market. And of course, there are new buds from Samsung and the expectation of new ones from the TWS OG, Apple!