This Android smartphone comes with a brilliant display which is very lightweight and fun to use but is not flawless.

No ICS No front camera

The Xperia Sola is actually not a part of the NXT series smartphones of Sony but features a similar look and feel. The Xperia Sola Android smartphone arrives with an exciting price point and more importantly a floating touch screen display. 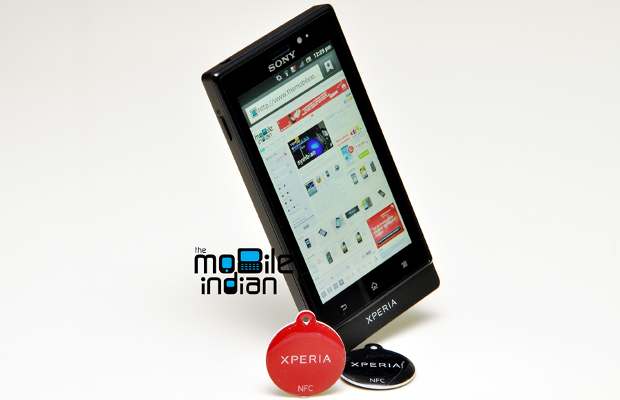 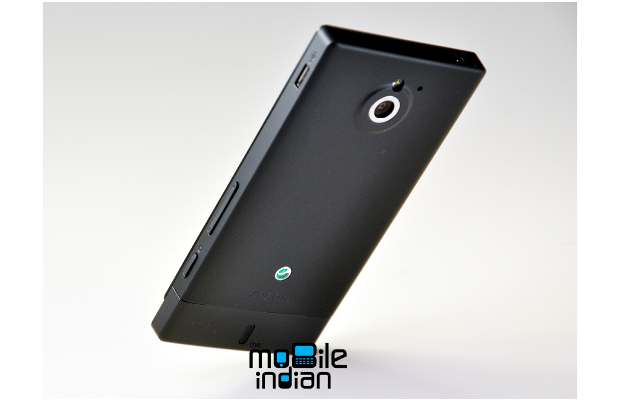 Sony out rightly seems to be obsessed with the colour black and without any question, it has designed some beautiful looking products as well. Sony Xperia Sola is yet another great example of the superior designing that Sony has perfected over the years. The device comes in a matte black finish that is both attractive and unique to this device, making this device surely an object of desire. 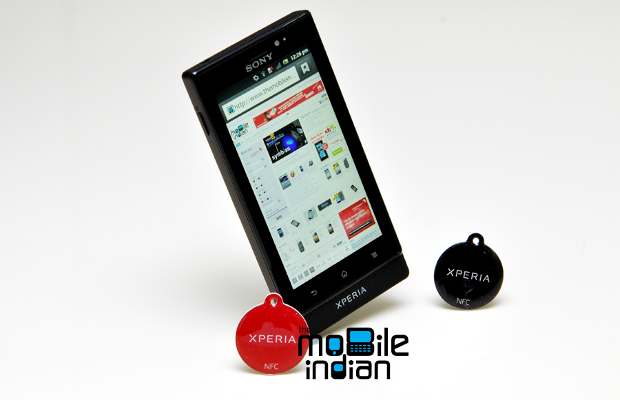 The device is extremely lightweight, weighing just 107 grams that includes a battery pack as well. The lack of hardware buttons on the front gives this device a sleek and a clean look. 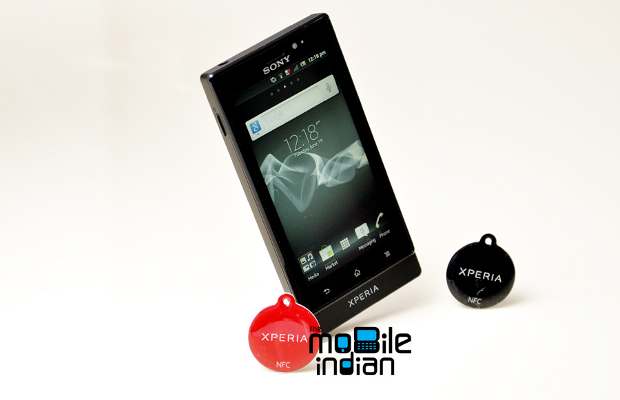 The front features a slightly raised bevel that gives the device its distinct look form the Xperia range of smartphones that have been launched by Sony in recent times. There is a breather light also there that illuminates when the display comes alive to give it all the feel.

Called the reality display, the touchscreen of the Xperia Sola works great and has great contrast as well as colour vibrancy. The maximum brightness supported by the display makes it a perfect device to be used even in bright sunlight but a little tweak for just the right brightness level is required. 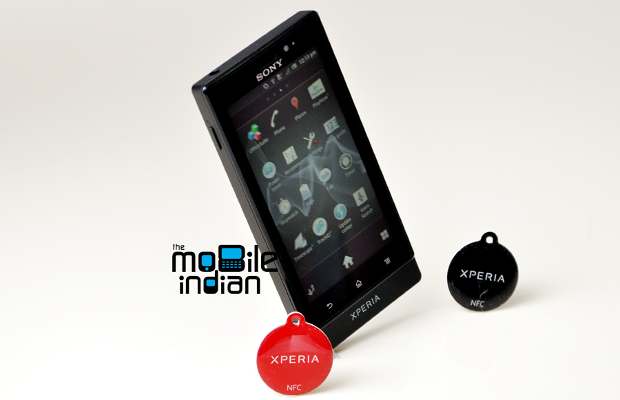 Another innovation that Sony has implemented in the Xperia Sola is the integration of the Sony Bravia mobile engine. The Bravia engine gives the animations, videos, pictures all of super high quality which is one of the major advantages of this device. The touch sensitive layer is capable of registering up to four fingers so users can practically use all their fingers, making the best of the pinch to zoom and swipe functionalities.

The resolution of 480 x 854 pixels on a 3.7 inch display is enough for most applications and usages. The colour reproduction of the display is also excellent. The brightness level of the device can go really high but you will not be admiring that for a long time as it consumes battery and puts a lot of strain on the eyes as well.

The Sony Xperia Sola utilises the Novathor U8500 chipset that includes a 1 GHz dual core processor along with a Mali 400 GPU. All in all, the combo works well for this phone offering fluid touch operations and faster execution of commands and application requests. On gaming front also the phone is capable of doing justice to most games but HD games seems to put the processor under a lot of strain and the device heats up quite fast. 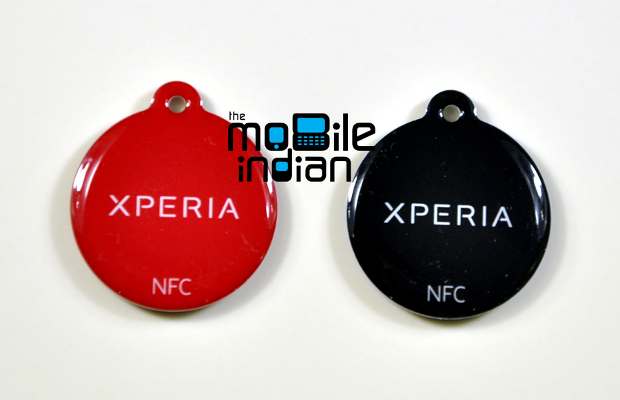 The phone also features a 512 MB of RAM and 8 GB of internal storage or ROM memory which works well with the Novathor and enhances the experience for the user. Although out of the 8 GB memory, users only get to use the 5 GB memory, it is still good for most users and can be expanded by another 32 GB as well using memory cards.

With this hardware combination, the Xperia Sola did not suffer an application crash or froze while using. It’s a good idea for the users and potential users to install a task manager application on this device as there are a lot of native applications that tend to start up with the device and eat a considerable amount of RAM making operations slower gradually just to be on the speedier side.

The Xperia Sola smartphone still comes with an older version of Android – the Android 2.3.7 Gingerbread. While the operating system brings most of the features and applications to this smartphone, we would have loved to see Android Ice Cream Sandwich on this device out of the box. Sony has announced that the device will be upgraded to ICS soon enough so we hope the functionalities will only get better with it. But overall, the software optimisation for the device is great and complements the device in every way. 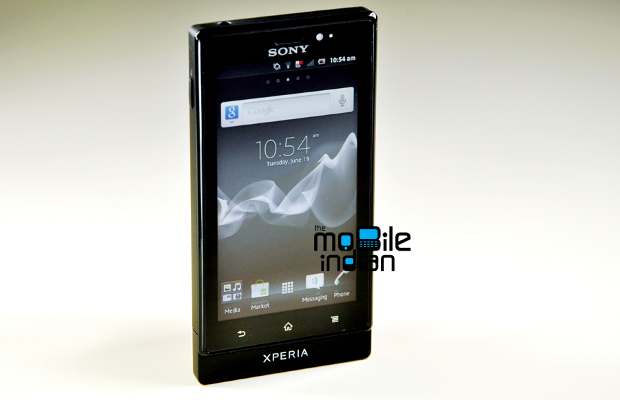 The Sony Timescape user interface is a great addition to this device. With deep Facebook integration, the phone keeps a track of users’ friends automatically and lets users know about important notifications. The customised interface of the timescape UI looks good and the new wallpapers that Sony has adopted are great and come in a variety of colours as well to suit your mood accordingly.

But even though the device is 3G capable, it still misses out on a front camera which will be missed dearly for video calling.

The Xperia Sola offers excellent performance that makes usage of this device fun and easy too. During the course of the review, the device underwent a lot of application testing and stressing but the device never hung or froze. As mentioned earlier that too many applications open at a same time might result in slightly degraded performance but unless you are a hardcore user, you won’t feel the difference. The 3.7 inch display is a major plus point of this device and even the touch sensitivity of the device is very accurate and all the gestures are very accurately registered and translated by the device. 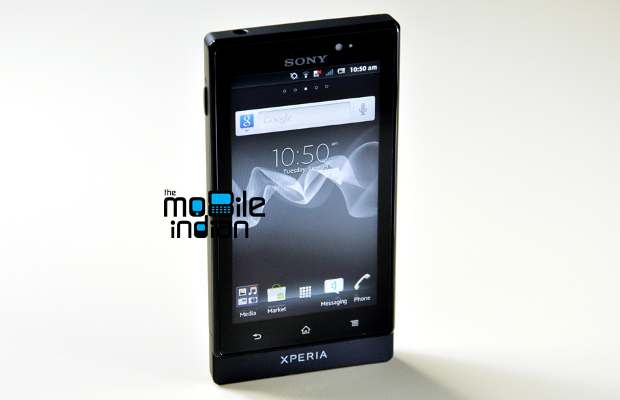 The onscreen keypad is nicely designed and spaced out as well, although fat fingers might have a slight discomfort while using this devise but this problem can also be overcome with a capacitive touch stylus that can be bought off from any mobile accessories shop if needed.

###PAGE###
The call performance is also another major plus point of the device. Calls are received and made without any issue. The earpiece and loudspeaker volume is abundant and the microphone also makes sure the receiver gets to hear every world loud and clear. 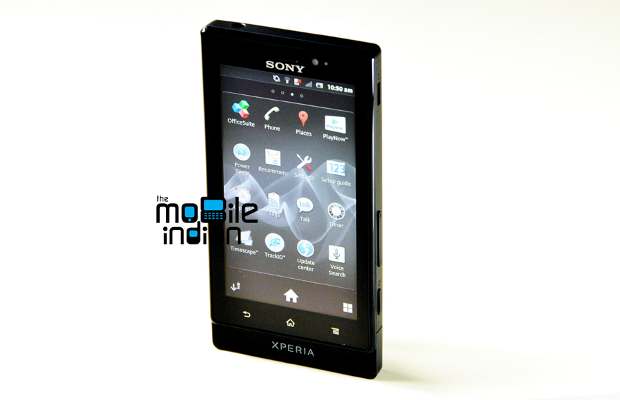 The floating touch display of the device however is nothing to be boasted about. The display does perform a few actions while browsing only but that is just limited to a few actions. The distance between the display and the fingers need to be very less, about a few millimeters, for the desired action. So you would end up feeling like touching the device to use it than to try the floating technology.

In the world where the smartphone cameras are going in to dual digits, the Xperia Sola has only a 5 megapixel camera but has an LED flash for additional illumination. The camera key is a nuisance to use. Users will literally have to bleed their fingers out to make this key work and thus you will be better off using the on screen shutter key rather than this hardware key. 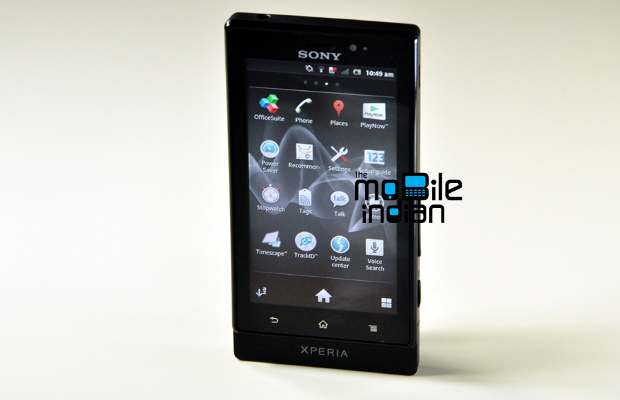 The image quality of the camera is good in both the outdoor and indoor modes and the light provided by the flash light is sufficient enough for bearing objects. The camera is able to capture colours nicely with details but the 5 megapixel resolution limit the usage of the pictures. In terms of video recording, the device captures 720p high definition video at 30 frames/ sec and the videos are good and smooth at all times.

This device supports all generic video formats plus like any other Android device but there’s a plethora of application available on Android Marketplace, which is now called the Google Play store, that extends multimedia capabilities of handsets.

But a special mention goes out to the integrated audio player that is by far the best we have ever seen on an Android device. The payer features support for most popular formats, along with live ID integration and the Xloud audio enhancement features. The audio player features live equalizers also so that users can also tweak the sound as per need.

It is a nice inclusion for the device although half baked. The Xperia Sola comes with a complimentary set of NFC tags that can also be customised as per need. Users can use these tags at home office or anywhere else as per need. 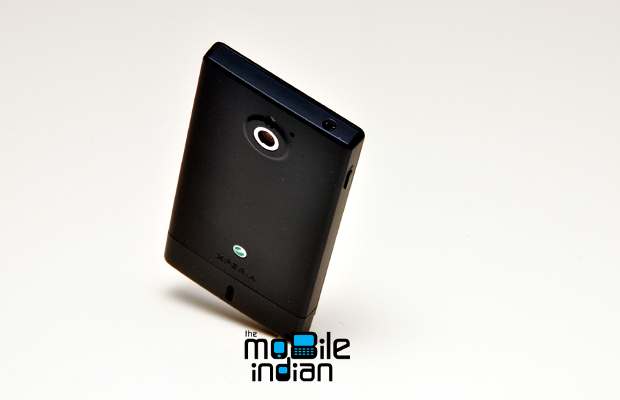 But the NFC based file transfer is still missing in actions somehow. Unlike the Nokia or Samsung NFC enabled devices, users will have to rely on Bluetooth for wireless file transfers without the ease of NFC pairing.

While the device impresses on every front, the price of this device is what attracts buyers the most. The Xperia Sola, in a few words, is a great and stylish device to have and flaunt as well. Its light weight feature also gives this device some additional brownie points.

There are some issues with the device like the floating touch which is of no use and so is the hardware camera key but these are the things that can be ignored as we do not use them in our daily lives. Besides these the device is perfect for the price. But will you be interested in talking a 3G phone without a front facing camera? The choice is entirely yours. 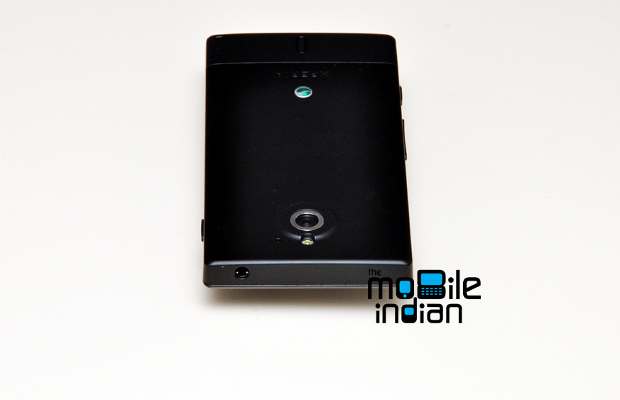