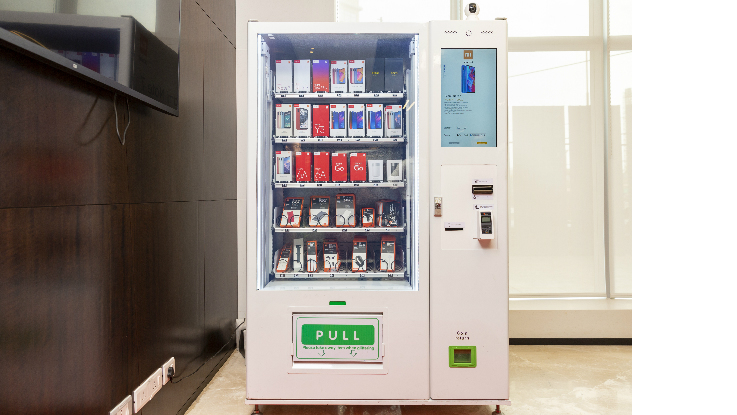 The vending machines will soon be available across metro cities at prime locations including tech parks, metro stations, airports, and shopping malls.

Xiaomi has today announced a new initiative across India through which you can buy a Xiaomi product directly from the vending machine. Dubbed as Mi Express Kiosk, the vending machines will soon be available across metro cities at prime locations including tech parks, metro stations, airports, and shopping malls.

Xiaomi claims that the kiosks are designed to accept all forms of payments across credit cards, debit cards, cash and UPI. Xiaomi says that one can now buy Xiaomi smartphones along with a range of accessories directly from these vending machines. The company aims to set up several more kiosks in the coming months, and customers will be able to get information about the vending machines on Xiaomi’s official website. Furthermore, the brand claims that all the technology used in the Mi Express Kiosks has been researched and developed in India.

With this, Xiaomi becomes the first brand to introduce this retail model. The company says that it is convenient for consumers. However, this might create a negative impact on retailers who are already selling Xiaomi smartphones across the country. It would be interesting to see whether this new retail strategy from Xiaomi will be successful in India, where most of the people believe in experiencing the products from the retailers rather than a vending machine.

Meanwhile, the company is all set to launch a new smartphone in India that will feature triple-camera setup. The new teaser posted by the company on Mi Community shows single, dual and triple cameras. This hints that the phone the company will be launching soon will come with triple rear cameras.