Redmi 5A is the successor of last year’s Redmi 4A smartphone.

Recently, Xiaomi Redmi 5A was spotted on TENAA certification website bearing the model number “MCT3B”. Now again Redmi 5A has appeared on TENAA with the model number “MCE3B”. So, there might be actually two variants of the same handset. The new listing is quite detailed, revealing almost everything there is to know about the upcoming Xiaomi Redmi 5A. Redmi 5A is the successor of last year’s Redmi 4A smartphone. 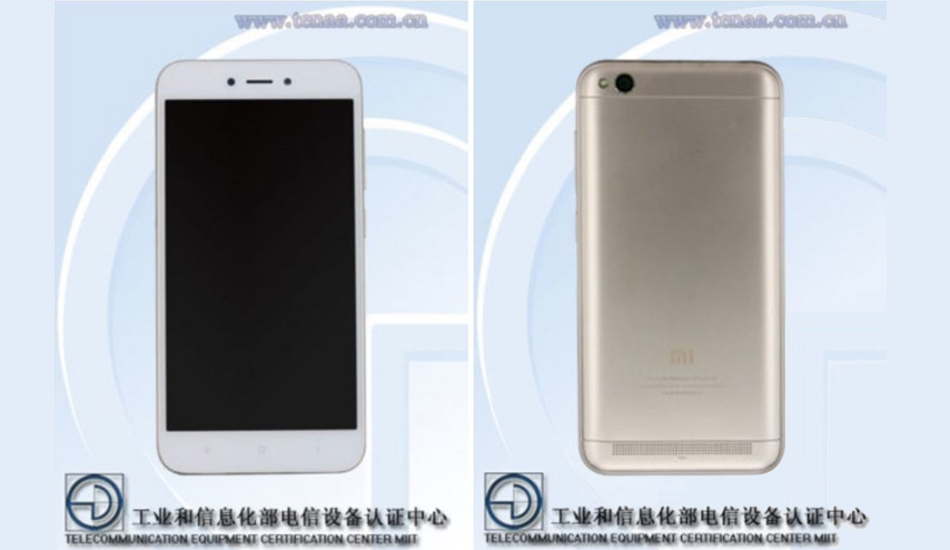 As per the listing, Xiaomi MCE3B features a 5-inch display that has HD display with 1280 x 720 pixel resolution. It is powered by a 1.4 GHz quad-core processor which is coupled with 2GB/3GB RAM. It offers 16GB/32GB of internal storage, 128 GB expandable storage via a micro SD card, rear camera of 8-megapixel and 5-megapixel front-facing camera.

The dual SIM phone runs on Android 7.1.2 Nougat operating system with MIUI 9 on top and is fueled by 3000 mAh battery. Connectivity options of the smartphone include 4G-LTE, Bluetooth, WiFi, GPS/A-GPS and a micro USB port. The dimensions of the phone are 140.44 x 70.14 x 8.35 mm and it weighs 137 grams. The device is listed in Black, Rose Gold, Gold, White, Red, Gray, Pink and Silver colour options. The phone has Gravity sensor, distance sensor and light sensor as per the listing.