Xiaomi Mi 10 will feature four camera sensors aligned vertically with an LED flash alongside it.

Xiaomi is likely to announce Xiaomi Mi 10 and Mi 10 Pro smartphones in February this year. Now a real-life image of the Xiaomi Mi 10 has surfaced online which has revealed the camera setup of the upcoming phone.

The image has been leaked by a Chinese tipster on Weibo. Alongside, the tipster has also revealed the AnTuTu scores of the smartphone. As per the leaked image, the Xiaomi Mi 10 will feature four cameras at the top-left corner at the back of the phone. The camera sensors are aligned vertically. 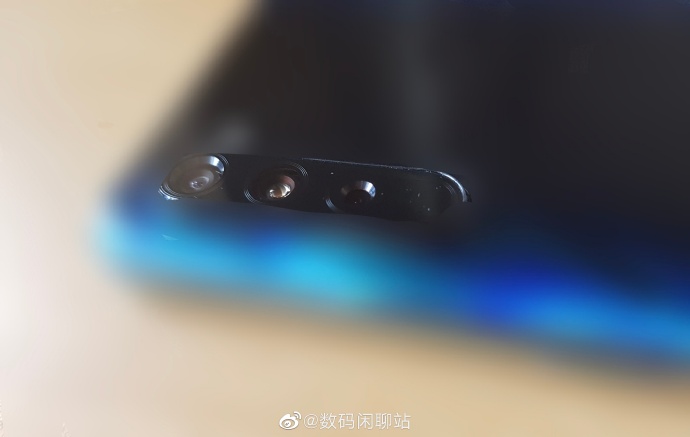 The screenshot of the AnTuTu listing of the Mi 10 leaked by the same tipster has revealed that the smartphone has scored 560,217 on AnTuTu benchmarks. The listing also shows that the phone will be powered by Snapdragon 865 mobile platform which is mentioned as SM8250.

Meanwhile, a render of the Mi 10 is also doing rounds on Weibo which shows the front and rear of the upcoming smartphone. The front shows a punch-hole display surrounded by very thin bezels on all sides. The phone will be embedded with a fingerprint sensor on display. The right side of the phone has a volume rocker and a power button. The rear of the phone shows the four camera sensors aligned vertically with an LED flash alongside it.

Previously, the specifications of the Mi 10 and Mi 10 Pro were leaked online. Xiaomi Mi 10 will feature a 6.5-inch OLED display with a 90Hz refresh rate. It will be backed up by 4500mAh battery with 40W fast charging, and 30W fast wireless charging. The phone will come with quad-camera setup with a Sony IMX686 primary camera, 20MP ultrawide lens, 12MP telephoto lens and a 5MP depth sensor or macro camera. Mi 10 will be available in three configurations – 8GB RAM + 128GB, 8GB RAM + 256GB, and 12GB RAM + 256GB. The phone will be powered by Snapdragon 865 processor.