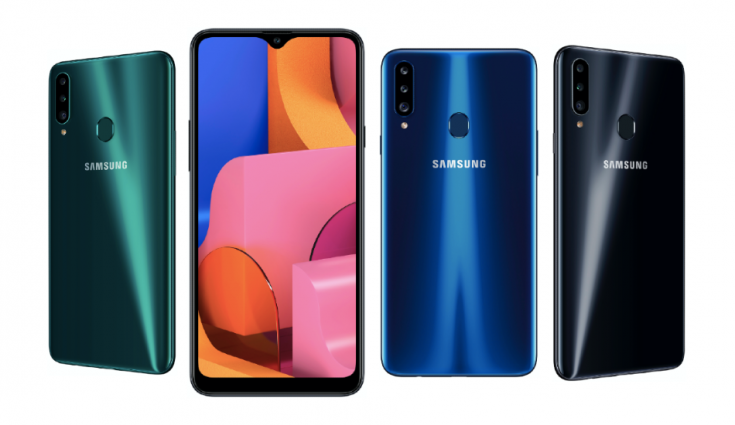 The update is now rolling out in countries like Russia, Ukraine, and the United Arab Emirates, reports SamMobile. The update is expected to reach other countries in the coming days. The timeline for availability of Android 10 with One UI 2.0 for Samsung Galaxy A20s phone in India is not known yet

The report states that the update is 1.3GB in size. The update comes with version number A207FXXU2BTD7 and it brings March 2020 security patch as well with the latest OneUI 2.0.

If you own a Samsung Galaxy A20s, you will get a notification for the software update. In order to download the latest update manually, users can go to Settings > Software Update > Download and Install. Before starting the update, your device should be at least 50% charged with a stable Wi-Fi network.

To recall, Samsung Galaxy A20s was launched in India last year. Samsung Galaxy A20s features a 6.5-inch HD+ Infinity-V display with a screen resolution of 1560 × 720 pixels. The smartphone is powered by an octa-core Qualcomm Snapdragon 450 chipset clocked at 1.8GHz. It is fuelled by a 4000mAh battery. There’s a fingerprint sensor at the back and the phone supports face unlock.

The phone features a triple camera setup at the back comprising of a 13MP primary rear camera with F1.8 aperture, 8MP Ultra-Wide lens and a 5MP depth camera. For the front, there is an 8MP camera with f/2.0 aperture.