Samsung has overtaken Nokia as the world’s top selling phone brand. Nokia had held the No 1 spot since 1998, according to research firm Gartner.

Samsung’s mobile phone sales have reached 86.6 million units, a 25.9 per cent increase from last year. Even our Handset survey based on user interest has shown that Samsung phones are getting maximum user interest. 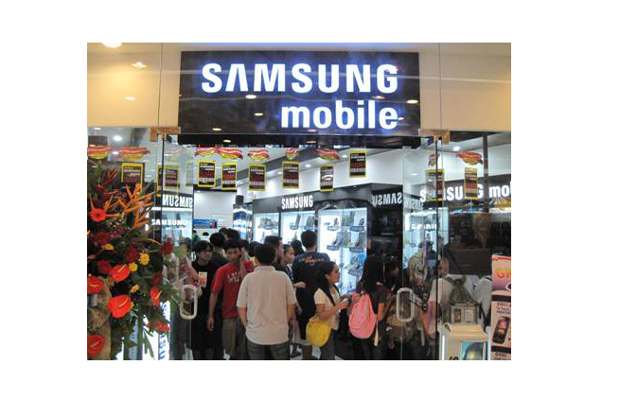 Two major Chinese brands ZTE and Huawei also managed to almost double their market share and now account for 4.2 and 2.6 per cent of the total handsets sold in the world holding 4th and 6th place respectively.

LG which is at number five also lost market share just like Nokia and now stands 3.6 per cent compared to 5.6 per cent in the same period last year, added the Gartner report.

As far as Indian market is concerned Samsung is the number one smartphone brand. However, in terms of total phone sales Nokia remains the numero-uno brand.

According to Gartner, the Indian smartphone market grew by 17 per cent, although feature phones still dominated the 226 million Indian handset industry. This is the first time since 2009 that globally there has been a decline in sales of mobile phones, said Gartner. The overall market grew by 6 per cent and this means that smartphones overall market share went by a 1 per cent.

Nokia’s mobile handset sales reached 83.2 million units, a 22.7 per cent decrease from the first quarter of 2011.

Both Android and iOS grew at the cost of Symbian with Android having 56.1 per cent while Symbian dropped from 27.7 per cent and now just retains 8.6 per cent of market.

RIM also lost market share and now controls 6.9 per cent down from 13 per cent in the same quarter last year. Bada, Samsung’s proprietary OS, gained market to reach 2.7 per cent up from last year’s 1.9 per cent.

Microsoft’s effort is not reaping any benefits and its market share declined from 2.6 per cent last year to 1.9 per cent this year. As its main partner ‘Nokia’ for the Windows Phone OS continues to lose market.