Samsung Galaxy M02 to be launched in India on 2 February under Rs 7,000 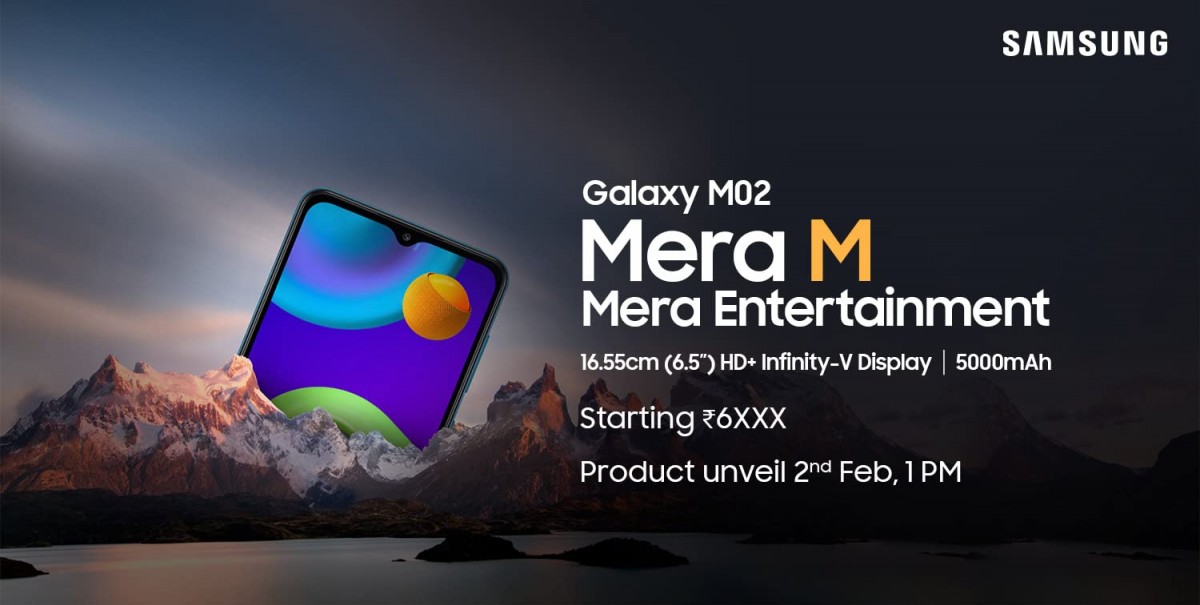 Samsung Galaxy M02 will come with a 6.5-inch Infinity-V display with HD+ resolution.

Samsung will be launching the Galaxy M02 in India on February 2 at 1 P.M. The phone is said to be a cheaper version of the Galaxy M02s, which launched in India earlier this month.

The smartphone will be available on Amazon which has also set up a dedicated page for the same. The Amazon microsite for the smartphone has revealed that the Galaxy M02 price will be priced between Rs 6,000 and Rs 7,000 in India.

As per the Amazon listing, Samsung Galaxy M02 will come with a 6.5-inch Infinity-V display with HD+ resolution. The listing further revealed the phone will pack a 5,000mAh battery. We expect other features to be revealed in the coming days.

As per earlier leaks, Samsung Galaxy M02 will be powered by octa-core Qualcomm processor with a base frequency of 1.80GHz. It will run Android 10 out-of-the-box and it will have 3GB of RAM. The phone is also speculated to have dual rear cameras with a 13-megapixel primary sensor, a 2-megapixel secondary lens and 5-megapixel selfie camera sensor.

TheSamsung Galaxy M02s comes with a 6.5-inchesHD+ TFT display with 1560 x 720 pixels resolution. It is powered by octa-core Snapdragon 450 chipset withAdreno 506 GPU, 4GB of RAMand 64GB onboard storage. The phone runs on Android 10 with One UI on top, out of the box.

The Samsung Galaxy M02s packs a 5,000mAh battery with 15W quick charge support. For the camera, the phone sportsa triple camera setup at the back with a13-megapixel primary camera, 2-megapixel depth sensor, and a 2-megapixel macro camera. For selfie and video calling, there’s a 5-megapixel selfie camera with f/2.2 aperture.