Samsung Galaxy C5 was spotted on the website of Chinese certification agency TENAA.

Samsung is expected to reported its C-series phones, Galaxy C5 and Galaxy C7, in China on May 26th. Meanwhile, the Samsung Galaxy C5 was spotted on the website of Chinese certification agency, TENAA. 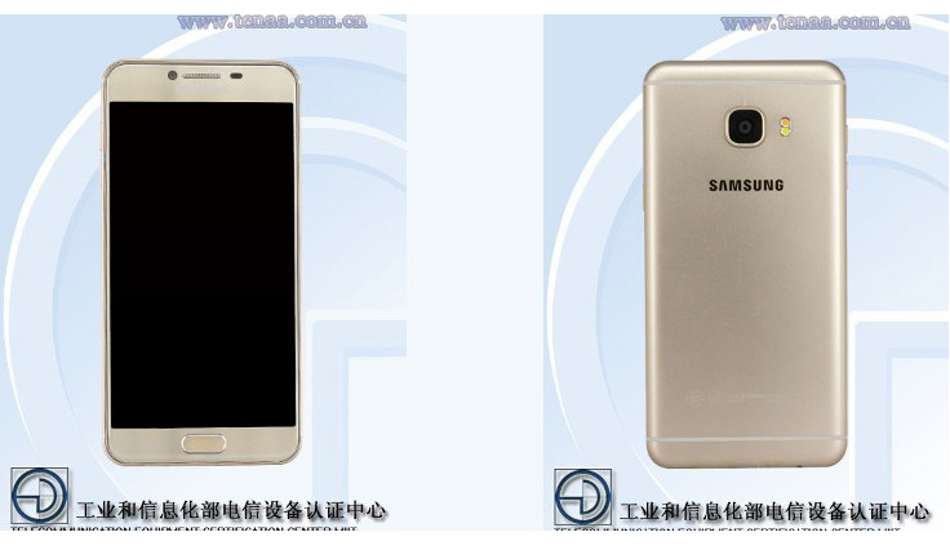 As per the listing, Samsung Galaxy C5 has a 5.2-inch AMOLED display with 1920 x 1080 resolution, a 1.5 GHz octa-core processor and 4GB RAM. It offers 32GB and 64GB of internal storage, 128 GB expandable storage via a micro SD card, a 16 megapixel rear camera with LED flash, an 8 megapixel front facing camera and a 2600 mAh battery. Samsung Galaxy C5 comes with fingerprint sensor on the back and a metal unibody.

The phone runs on Android 6.0.1 Marshmallow operating system and the images reveal that it has a Gold colour version. Connectivity options of the device include dual SIM, 4G-LTE, Bluetooth, WiFi, GPS/A-GPS and a micro USB 2.0 port. The phone is 145.9 mm tall, 72 mm wide and 6.7 mm thin and it weighs 153 grams, according to the TENAA listing.
As per earlier rumors, the Galaxy C5 will cost CNY 1,599 (approximately Rs 16,400) while the Galaxy C7 will be priced at CNY 1,799 (approximately Rs 18,500). The devices are expected to be launched in Silver, Gold, Pink and Gray colours.