Oppo F11 vs Realme 3 Pro: Whose mid-ranger is more attractive? 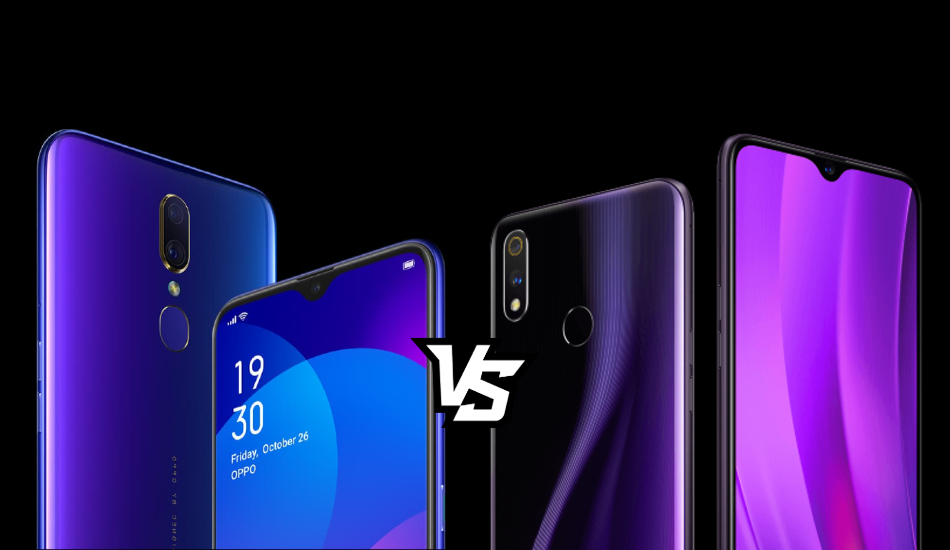 The Oppo F11 is set to go on sale across offline and online stores in India on May 18 for Rs 19,990. For a little lesser price of Rs 16,999, Realme is selling its Realme 3 Pro. Does the Realme phone have all it takes to beat another mid-ranger from its ex-parent company?

Oppo launched the Oppo F11 and F11 Pro smartphones earlier this year but of the two devices, only the Pro model hit the market in March. However, the standard Oppo F11 is soon to go on sale across offline and online stores in India on May 18, as sources familiar with the development told The Mobile Indian yesterday. The phone will be available in Marble Green and Fluorite Purple for a price of Rs 19,990 in the country.

For a little lesser price of Rs 16,999, Realme is selling its Realme 3 Pro in its 6GB RAM + 128GB storage configuration. The phone will come running the Snapdragon 710 AIE processor with dual rear cameras in Nitro Blue and Carbon Gray colours. Does the Realme phone have all it takes to beat another mid-ranger from its ex-parent company?

The Realme 3 Pro is powered by a 10nm-based Qualcomm Snapdragon 710 AIE processor clocked at 2.2GHz along Adreno 616 GPU. For the sake of this comparison, we’re taking the higher 6GB RAM + 128GB storage configuration which is priced at Rs 16,999. 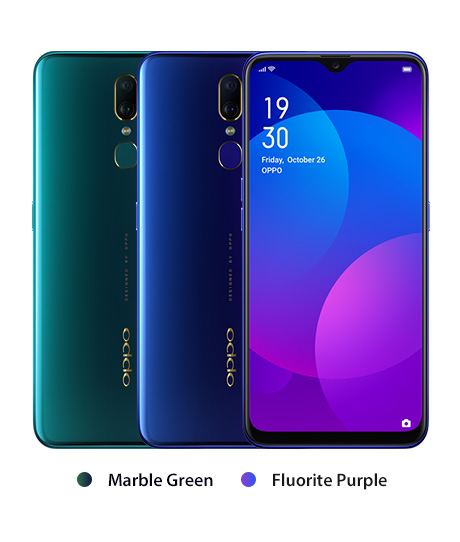 Right off the bat, the Snapdragon 710 is a faster processor with improved AI performance than the one of the Helio P70. The Realme device is also blessed with more RAM which means it’ll be able to handle multitasking on the phone rather smoothly, something that the F11 won’t be able to reach in terms of horsepower.

Oppo has an excellent track record for making phones with gradient patterns at the back and the F11 keeps no stone unturned. The phone is available in Marble Green andFluorite Purple colours with dual/triple colour gradients on them, making the phone look premium on the outside. The only downside is that while the Oppo phone looks like glass and feels like glass, it is actually made of plastic, similar to the design language of its older brother, the F11 Pro. 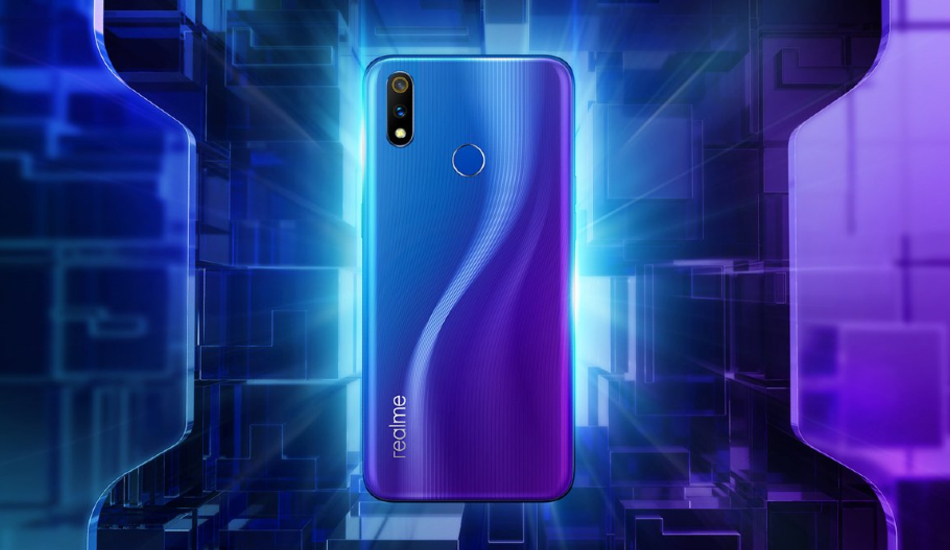 The Realme 3 Pro is no different as it offers gradient patterns of its own in a unique S-shaped design in the middle through both the Nitro Blue and Carbon Gray models. However, we encounter the same polycarbonate, aka plastic, finish at the back which cuts down on the premium-ness of the phone. Furthermore, one thing users have been complaining about has been the fingerprint reader at the back which happens to be a little too high for convenience. That, in addition, to the edge-placed rear camera unit which makes the phone wobble, gives the win to the Oppo phone.

The display on the Realme 3 Pro measures at 6.3-inch and is an IPS LCD display with a waterdrop notch. It has a resolution of 1080 x 2340 pixels in a 19.5:9 aspect ratio, amounting to a pixel density of 409ppi. The Realme phone comes with Corning Gorilla Glass 5 protection and a screen-to-body ratio of 83.7 percent. 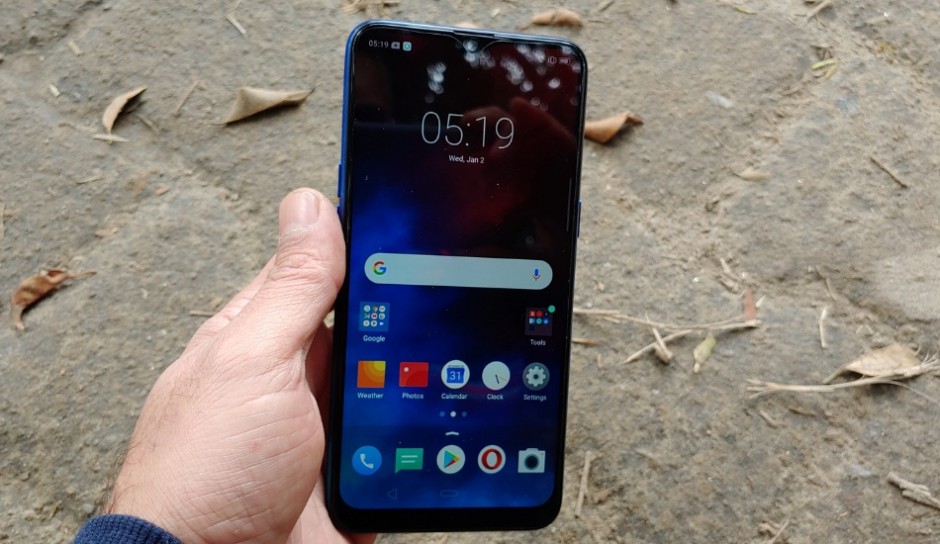 In contrast to this, the Oppo F11 has a 6.5-inch Full HD+ (2340 x 1080 pixels) display with 19.5:9 ratio and has a waterdrop notch design. The screen has a pixel density of 394 ppi but a larger screen-to-body ratio of 85.3 percent. The only let-down from the Oppo F11 comes from the lack of glass protection, which makes the extra screen real-estate too risky to make use of.

For the optics, the Oppo F11 comes with a dual rear camera setup with a combination of 48-megapixel primary sensor (f/1.79 aperture, 1/2.25″ sensor, 0.8um pixel size) and a 5-megapixel secondary sensor (1.12um pixel size). On the front, it has a 16-megapixel selfie sensor with an aperture of f/2.0. The camera software uses a Quad-Bayer-like technology which stitches four adjacent pixels next to one another and forms a single image. 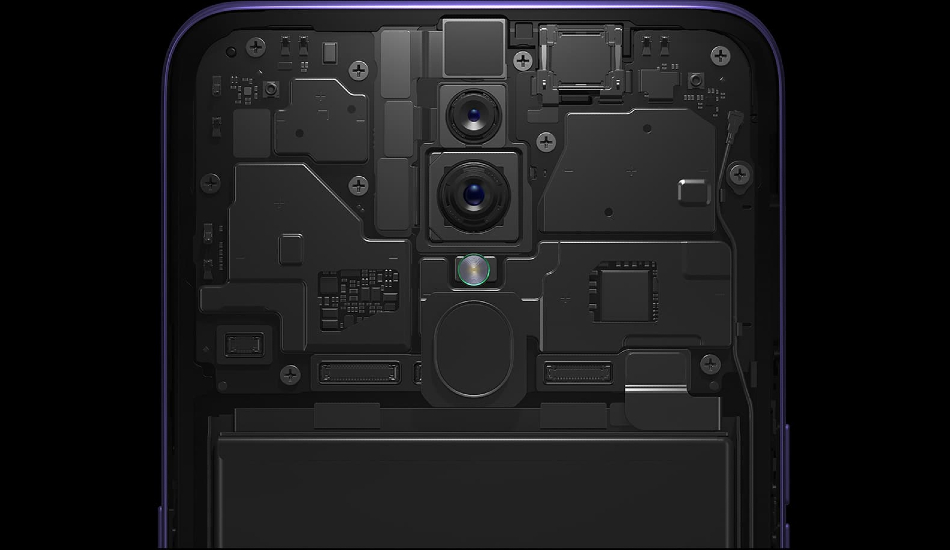 The camera setup on the Realme 3 Pro features a combination of 16-megapixel primary lens with Sony IMX519 sensor, f/1.7 aperture, 1.22-micron pixel along with a 5-megapixel secondary shooter with f/2.4 aperture. For the front, the phone is equipped with a 25-megapixel shooter with f/2.0 aperture, 1/ 2.8 sensor size. The company has upgraded Nightscape Mode with RAW capture support and there is an Ultra HD mode, Chrome Boost, Speed Shot and 960fps Super Slow Motion mode. 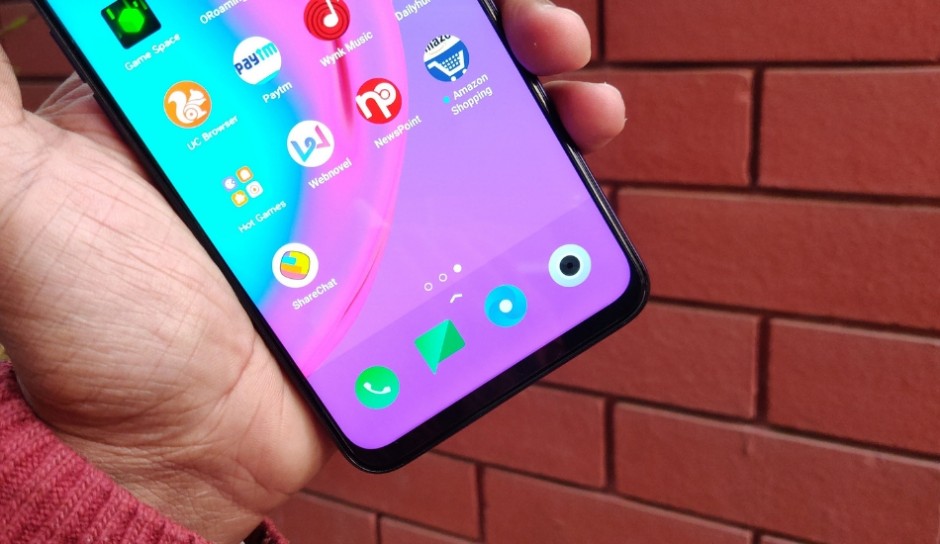 This is the space where both the Oppo F11 and Realme 3 Pro share resemblances, majorly because Realme still uses Oppo’s software on their phone, even after months of splitting away from its parent company. The Realme 3 Pro and Oppo F11 runs on Google’s latest Android 9 Pie with Oppo’s ColorOS 6.0 interface on top. The user interface hasn’t changed much; there’s an app drawer which is new and inbuilt gestures for navigation.

The Realme 3 Pro is fuelled by a 4045mAh battery compared to the 4020mAh power unit on the Oppo F11. Both phones also come with the same 20W fast charging and VOOC 3.0 which can charge a device to up to 50 percent in half an hour.

Both the Realme 3 Pro and Oppo F11 are decent mid-rangers. Of course, the phones don’t pack a punch like the Poco F1 but offer users better-looking phones which can execute day-to-day tasks too. The Oppo F11 offers an attractive design scheme with good hardware, more screen real estate and an improved 48MP primary camera. If you’re not down with that, then Realme 3 Pro isn’t a bad option when paying lesser and getting more performance, if you can sacrifice a little in the camera department.